IBM Creates New AI and Cloud Powered Fan Experiences Ahead of Return to Live Tennis with The Championships, Wimbledon 2021 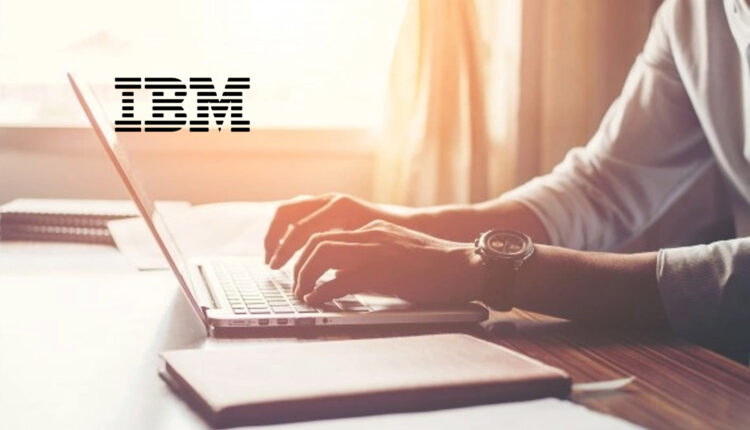 Today IBM and the All England Lawn Tennis Club (AELTC) are announcing new technologies to enhance the highly-personalised, fan experience available on Wimbledon.com and the Wimbledon apps. These enhancements will put IBM Watson, running on IBM Cloud, and hybrid cloud capabilities in the hands of millions of tennis fans around the world ahead of the start of The Championships 2021 on Monday 28th June, the first return to live tennis at SW19 since 2019.

Marketing Technology News: Brightspot Named as a 2021 Top Workplace by The Washington Post

As the Official Technology Partner of the AELTC for the past 32-years, IBM has designed, developed, and delivered innovative digital experiences to engage sports fans around the world. Leveraging the same AI and hybrid cloud technologies IBM uses with businesses across industries and around the world, Wimbledon continues to accelerate innovation and improve the digital fan experience.

For the 2021 tournament, IBM is introducing three new fan experiences for Wimbledon fans which highlight the company’s focus on data, language and automation.

Wimbledon brings in fans beyond the sport of tennis, and often, outside of the big names, they don’t necessarily know who to pay attention to, who is in form, who is the pundits’ pick to win? To help answer these questions, for the first time this year, the AELTC will leverage IBM Power Rankings with Watson, an AI-powered analysis of player performance presented as a leaderboard, that updates every day of the tournament.  IBM Power Rankings focus on a player’s most recent match history, combining advanced statistical analysis, the natural language processing of IBM Watson, and the power of the IBM Cloud to analyse daily performance data, mine media commentary, and measure player momentum tournament to tournament and match to match.

From these same analyses, a series of predictive insights are generated including:

Building off the success of Match Insights with Watson which was used for the first time during the 2020 US Open, Wimbledon’s digital properties will feature a Pre-Match Insights with Watson ‘fact sheet’ for every main draw singles match. The AI-generated content will surface player insights to better inform fans with current player performance detail ahead of each match. It will present the IBM Power Rankings and it will generate a likelihood to win prior to the match beginning, anticipating the outcome before the first serve is even struck.

The fact sheet will also feature an ‘In the Media’ section that leverages IBM Watson Discovery to create a custom news archive, and natural language processing (NLP) to extract key insights about each player from trusted news sources and it includes a ‘By the Numbers’ section that leverages open source AI technologies such as natural language generation (NLG) to translate historical match statistics into player insights, as well as IBM Decision Optimisation to select the insights to display to the fan.

Once a fan has worked out who to follow via the IBM Power Rankings, we have worked to provide them with additional value through a series of personalised recommendations and highlights reels. These are created through a Rules-Based Recommendation Engine integrated seamlessly across Wimbledon’s digital platforms, giving fans the opportunity to engage with more personalised content.

This will feature ‘picked for you’ recommended players, which enables fans to discover new players by making suggestions based on their current favourited players, the IBM Power Rankings, top players, country, and age. The recommendations will evolve over the course of the tournament and alert the fan to newly recommended players. The recommendation engine also includes smart links to other features such as the IBM Power Ranking Leaderboard and Pre-Match Insight with Watson features. In addition, if you are registered with myWimbledon, you will receive personalised highlights based on the players you are following.

Wimbledon’s IBM-powered digital experience uses a combination of on-premises systems, private clouds, and IBM Cloud, the same components that make up the hybrid cloud environments in which enterprises increasingly operate. Several of the features in the Wimbledon digital experience are built as containerised apps and deployed on Red Hat OpenShift, the industry’s leading enterprise Kubernetes platform, which allows them to run them across hybrid cloud environments, enabling flexibility, efficiency, and an accelerated pace of innovation.

“We are absolutely delighted to be launching these significant new innovations in partnership with IBM to further enhance the Wimbledon digital fan experience. We know how challenging tennis can be to follow and understand, especially for those who don’t follow the sport year-round, and so, by creating these three new features – the IBM Power Rankings, the Pre-Match Insights, and the Personalised Recommendations and Highlights, we hope to make it easier for fans to know who to follow, and to get more value out of their experience with us. Partnering with IBM continues to be a critical part of our strategy to disrupt the traditional perceptions of Wimbledon through innovative and transformative uses of technology and deliver an incredible digital sports experience to fans around the world.”

“For over 3 decades, IBM has helped develop and deliver innovative & engaging digital fan experiences for Wimbledon. With reduced capacity on-site at Wimbledon this year that digital engagement is more important than ever, and by leveraging AI and hybrid cloud technologies, fans can get the experiences they are used to – no matter where they watch the tournament.”

Marketing Technology News: How The eLearning Space Has Changed In The Last Year