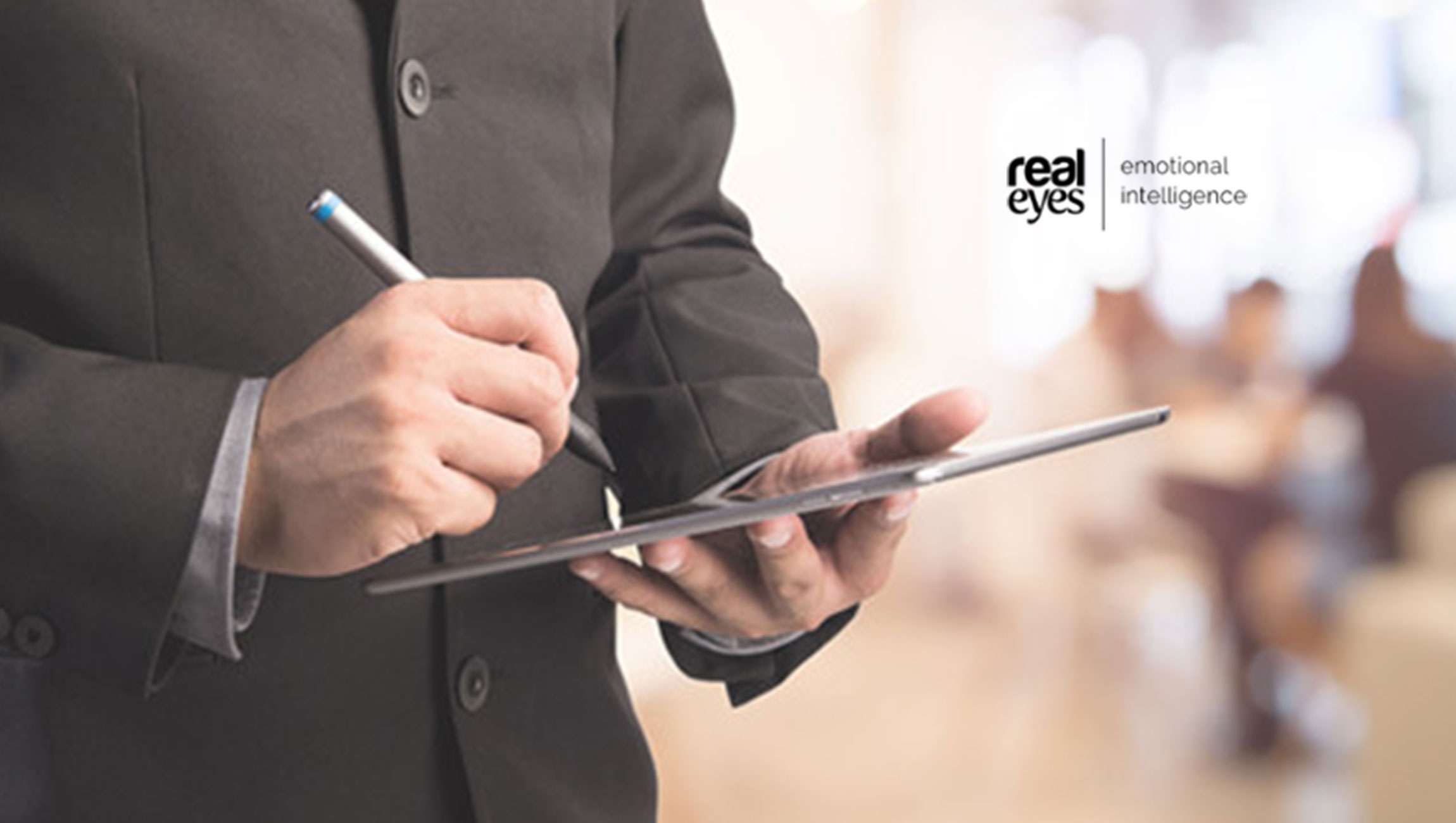 Marketers will be able to measure the likely attention their content will generate by using consumers’ webcams to monitor various behavioural cues such as eye movements, blinking, yawning and head movements.

Advertisers looking to maximise the impact and effectiveness of their ad content will be given metrics showing the volume and quality of attention their content managed to attract, plus a second-by-second analysis of where attention rises or falls, allowing them to make edits prior to launch. Brands can also use Realeyes’ attention metric to see how their content compares with the rest of their sector or their competitive set.

Developed in collaboration with leading AI experts from Imperial College London, the new tool uses webcams to measure participants’ attention the same way a human would do: using a set of subtle behavioural cues that the human brain instinctively processes to make up its mind about whether someone is paying attention to us or not.

Mihkel Jäätma, CEO and co-founder of Realeyes, a company that uses emotional AI software to help advertisers such as Coca-Cola and Mars maximise the impact of their content marketing, said: “For advertisers, the cost of going unnoticed is a price too high to pay. After all, for consumers to be affected by advertising messages, they need to be paying attention in the first place. But getting consumers’ attention has never been harder due to the sheer number of connected devices available.

“The average human attention span now down to just 8 seconds, meaning brands need all the help they can get to be heard above the din of an increasingly noisy internet. Up to now, it’s been difficult to measure that attention, with brands having to rely on metrics such as completion rates, which simply don’t give the full picture. Just because someone plays a video until the end, it doesn’t mean they were paying attention to the content.

“We have created a completely new way to track real attention at scale. Our AI-powered metric is the most sophisticated in the market, using webcams to interpret audience’s attention the same way a human would do, telling advertisers exactly how much attention their content will attract and provide them with actionable insights on how to maximise the ROI of their content marketing.”

Realeyes created its attention algorithm by using computer vision and machine learning techniques to train computers to recognise peaks and drops in attention. The AI-powered platform was first fed over 14M video frames from 29,000 videos showing various scenarios that equate to a rise or fall in attention. Each of these instances was then labelled by human annotators, who decided the level of attention from the video segments shown.

Using these data sets, the platform then learned to associate actions in videos with the attention level, allowing it to assign these labels to new video segments it hasn’t encountered before. The new metric is 4% shy of being as good as human annotators at telling whether someone is paying attention or not and its accuracy is improving every day.

Addressing the Future of Digital Media