RAADR, Inc. Comments on Expanding Technological Capability to Monitor for Inappropriate NFTs and Other Online Dangers in The Metaverse 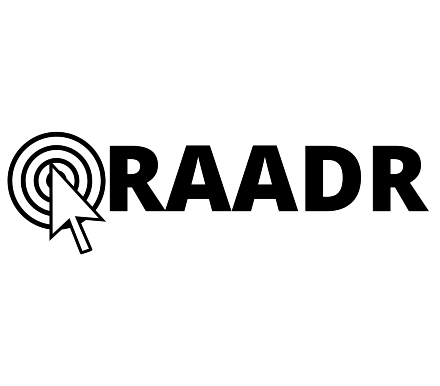 RAADR, Inc., a technology and software development company that monitors cyber-bullying and social media platforms with artificial intelligence, commented on the critical importance of expanding the capability of its proprietary machine learning code to NFTs and other potential online dangers associated with the Metaverse.

An NFT is a pseudonym for a non-fungible token. A non-fungible token can be anything of value in digital form stored and/or validated on a blockchain. Although NFTs are still predominantly related to “artwork” which is what most people know, NFTs can be anything of value stored in digital form on a blockchain. For example, a ticket to a sporting event can be stored as an NFT. A deed to a home can be stored as an NFT. An example that expands the use of NFTs is serial numbers to expensive assets such as a Rolex watch. Imagine that the owner and serial number of a Rolex watch is now secured on a blockchain, the same technology that makes cryptocurrency almost impenetrable to counterfeiting. Blockchain can easily validate the owner of a Rolex watch.

A blockchain is a decentralized, distributed, and oftentimes public, digital ledger consisting of records called blocks that are used to record transactions. A blockchain makes it theoretically impossible to create an unauthorized transaction because of the way blockchains are stored. Each block contains data (such as art), a unique hash (a complicated id number as unique as a fingerprint) and the previous hash. Each block records the previous block’s hash. So to create a fake block, you would have to do two things. First, you would have to re-do the previous work on each block. Second, the majority of people on the block must approve the block. In a real-life example, a famous artist sells a painting via an NFT. He creates an NFT with data about his painting and a hash. The original block is called the genesis block. Imagine now that each time the painting is sold, the sale creates a block with the painting data including the owner’s name, the hash and the previous hash. Imagine now that someone wants to tamper with a block by adding a new block and by saying they are the owner of the painting. Once they create a block, they must then create a “hash”. If the hash was not validated by the blockchain, that fake hash will make all previous hashes and all previous blocks invalid. In order for the fraudster to even attempt to pull this off, the fraudster must then redo the work on each previous block to make all the previous hashes valid (called proof of work). Then, 50% of all people on the block must approve the block. Because each new block must refer to the previous block’s hash, any fake block with a fake hash must include proof of work and must also be validated by the majority of the block.

Blockchains are the backbone of all cryptocurrencies and NFTs and will be a huge part of the new Metaverse. Unfortunately, the technology of NFT’s has attracted predators that are a threat to children such as purveyors of child pornography. Search NFT’s and child porn on the Internet and any reader can find the growing number of articles on the subject. RAADR, a company that is focused on protecting children through its app which is scheduled to be released in January 2022 has begun crawling blockchain networks to integrate RAADR’s suite of machine learning code to scan for certain types of NFT content. This will be the first step in helping parents to keep their children safe in the new Metaverse.

Steve.AI By Animaker Secures a New AI Patent in…

Telenor: 5 Tech Trends That Will Fuel the Green Transition…