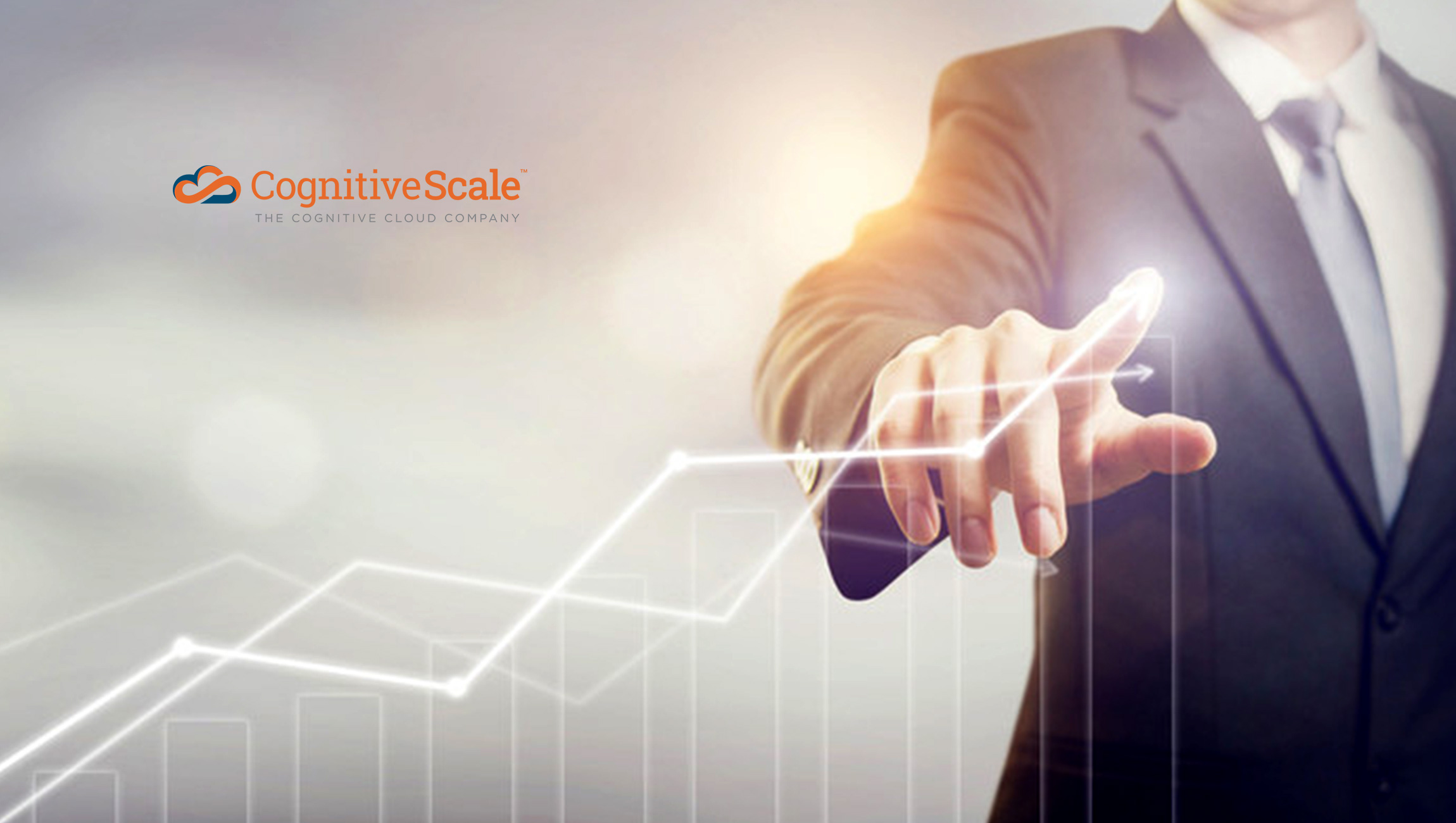 Some other notable accomplishments for 2018 include:

During the year, CognitiveScale added and expanded many marquee clients, including leading global brands such as Morgan Stanley, MD Anderson Cancer Center, NBCUniversal, Dell, Anthem, Under Armour, and Keller Williams.

CognitiveScale continues to build a deep portfolio of patents and IP in the enterprise artificial intelligence (AI) space with over 126 patents filed. Earlier in the year, Parola Analytics, a patent analytics firm, reported that CognitiveScale held the highest number of AI patents filed and accepted for a private company, and just fourth on the list behind Microsoft, IBM, and Google. The company’s patent portfolio now includes core AI technologies around cognitive learning systems, cognitive system architecture, machine learning, deep learning, natural language processing, and industry AI applications, among others.

During the year, CognitiveScale was acknowledged for innovation in AI on multiple lists. Most recently, it was named an IDC Innovator in the report, IDC Innovators: AI Software Platforms, 2018. The company was also named a 2018 Technology Pioneer by the World Economic Forum for developing new technologies that are poised to have a significant impact on business and society. In addition, CognitiveScale was listed as one of the 10 Hottest AI and Machine Learning Startups Of 2018 by Computer Reseller News (CRN) and a Hot Vendor by HfS Research for operationalizing enterprise AI.

Earlier in the year, CognitiveScale announced Cortex5, the next generation of its Augmented Intelligence cloud software powered by AI and blockchain technology. The success of the platform, which has been adopted by enterprises looking to speed up implementations and return-on-investment of enterprise grade AI systems that pair humans and machines, has led to the increase in new business across financial services, healthcare, and digital commerce markets. In fact, within a year of its launch itself, 100 percent of new clients have adopted Cortex5 software and 80 percent of pre-2018 customers have now upgraded to Cortex5. Cortex5 was recently named a Trend-Setting Product in Data and Information Management for 2019 by Database Trends and Applications Magazine (DBTA). Recently, 451 Research, a leading technology analyst and advisory firm, stated that Cortex5 has hit the market at the right time and addresses a genuine pain point that enterprises are now facing, as they move into the next phase of AI and machine learning involving production at scale and governance.

Seasoned enterprise software executive ML Maco recently joined CognitiveScale as its Chief Revenue Officer. With more than 25 years of sales, marketing, and channel leadership experience, ML is known for building billion-dollar businesses and cultivating strong customer relationships, and was recently SVP at HPE. Prior to HPE, she was SVP at Oracle, where she led the cloud transformation of enterprise customers and partners.

“2018 was a banner year of growth, innovation, and client success for us,” said Akshay Sabhikhi, CEO at CognitiveScale. “There is a tremendous pent-up demand for enterprise software that helps clients solve complex business problems through practical, scalable, and responsible application of AI. We look forward to another great year in 2019 backed by continued pace of product innovation, deepening of our channel partnerships, and continued improvement in our global delivery capability.”

“CognitiveScale is leading in a new and exciting AI software category that pairs humans and machines to solve complex business problems,” said Robert LeBlanc, Board Member at CognitiveScale and Former Senior Vice President at IBM. “Clients are excited about the early results from Cortex5 in terms of accelerating time to value with AI while future-proofing AI and data investments.”

Understanding AI-based Sales Forecasting and How it Helps…