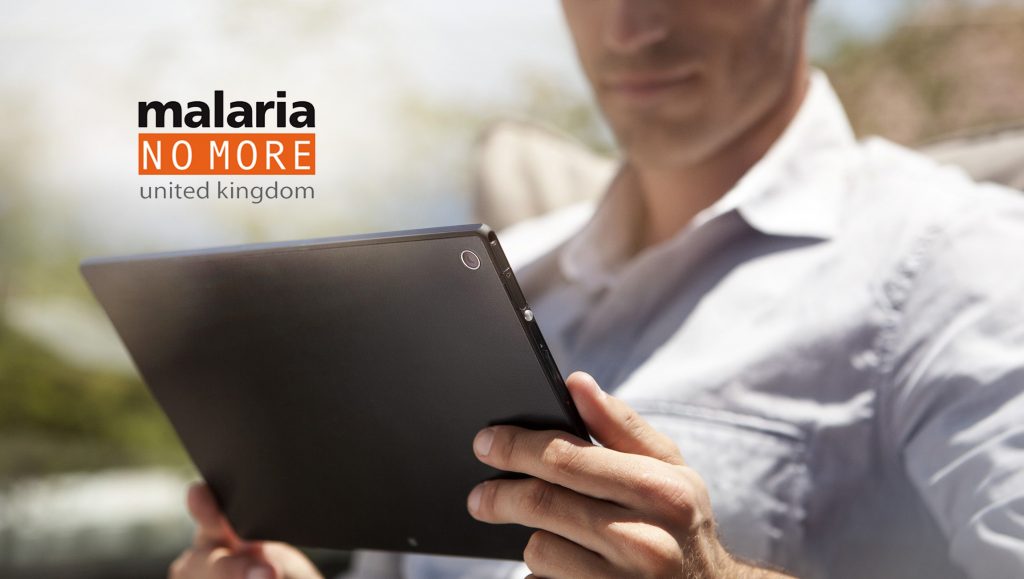 The campaign ‘Malaria Must Die, So Millions Can live’, launched a digital and out of home advertising activation to inspire people to join the world’s first voice petition to end malaria. The campaign will activate online and on out of home displays and billboards across New York City during the annual United Nations General Assembly (UNGA) meeting which takes place from 23rd-27th September.

Earlier this year, malaria champion David Beckham launched the world’s first voice petition to end malaria. In a short film, Beckham appears to speak nine languages using emerging AI video synthesis technology. The voices in fact came from and are representative of the global community coming together to end this devastating disease. The film called on people around the world to speak up by visiting malariamustdie.com and recording the message ‘malaria must die’.

Today, the campaign is calling on more supporters to add their voices to the petition via the world’s first malaria augmented reality (AR) filter. Developed pro-bono by Facebook and Powster (award-winning interactive creative studio and production company), the filter isavailable on Facebook and Instagram.

The filter simulates a swarm of deadly mosquitoes around the user’s head, which  dissipate when the user ‘speaks up’ and return when they are silent,reinforcing the message that malaria declines with increased action, but can return with a vengeance when the fight is deprioritised.

A life-size version of the filter will be placed at key locations across New York City, including Goals House @UNGA, Tavern on the Green in Central Park, using Quividi powered out of home advertising display boards. Alongside this, over 2,000 digital out of home billboards placed around New York City will show David Beckham surrounded by thousands of mosquitoes, inviting the audience to join the voice petition and help end malaria.

Abi Smith, Creative Director at Powster said: “We’re extremely proud to have the opportunity to support such an important campaign. Working with Spark AR and Quividi provides a fantastic platform for us to innovate and share the message to ‘Speak Up’ with audiences on and offline in a way that is both playful and meaningful. It’s exciting to employ our technical expertise to create a really cutting-edge experience that will capture attention and help amplify the Malaria Must Die message around the world.”

Ke-Quang Nguyen-Phuc, CEO at Quividi said: “We feel privileged to use our Digital Out-of-Home audience intelligence platform for such a great cause. Leveraging Powster’s striking face responsive experience, our technology can add its voice to this powerful collective to end malaria. We are also grateful to all our OOH and technology partners that provided pro-bono Digital Out-of-Home advertising space and interactive digital kiosks for this fantastic initiative.”

The voices collected via the voice petition will be turned into a unique soundscape which will grab the attention of leaders at The Global Fund to Fight AIDS, Tuberculosis and Malaria replenishment meeting on 10 October in Lyon.  The Global Fund is dedicated to ending the world’s three biggest preventable killer diseases – AIDS, Tuberculosis and malaria and is seeking to raise at least US$14 billion for the next three years from donor governments, implementing countries and the private sector, to help save 16 million lives.

The gathering of world leaders at UNGA this week marks the start of a critical decade of delivery and action on the Sustainable Development Goals (SDGs).  In the fight against malaria the UNGA represents an important moment to call for more progress towards achieving Sustainable Development Goal (SDG) 3 – to ensure healthy lives and promote wellbeing for all at all ages – as well as accelerating progress against multiple other SDGs and achieving Universal Health Coverage (UHC).

James Whiting, CEO of Malaria No More UK said: “It’s important to find new ways to echo and amplify the voices of those still affected by malaria, giving everyone the opportunity to speak out and demand accelerated action to end this preventable disease.

Malaria is the world’s oldest and deadliest disease and is still claiming the life of a child every two minutes. We want to grab the attention of world leaders and to demonstrate the strength of the global call to end to malaria in a generation. The ‘Malaria Must Die, So Millions Can Live’ campaign is part of the global drive to see progress accelerate. With the right leadership, tools and funding, we can be the generation that ends this killer disease for good”.

Marketing Technology News: Mphasis Awarded US Patent for its AI System for Cognitive Analysis of Data

42561
We store cookies on your computer to improve your experience and provide more personalized services, both on this website and on other sites. For more information about the cookies we use, see our Privacy Policy. We won't track your information when you visit our site. We will have to use at least one cookie to ensure that you won't have to make this choice again.AcceptPrivacy Policy