Seek Secures Patent To Further Unlock The Distribution Of Augmented Reality Experiences At Scale Across Multiple Platforms, Browsers And Devices 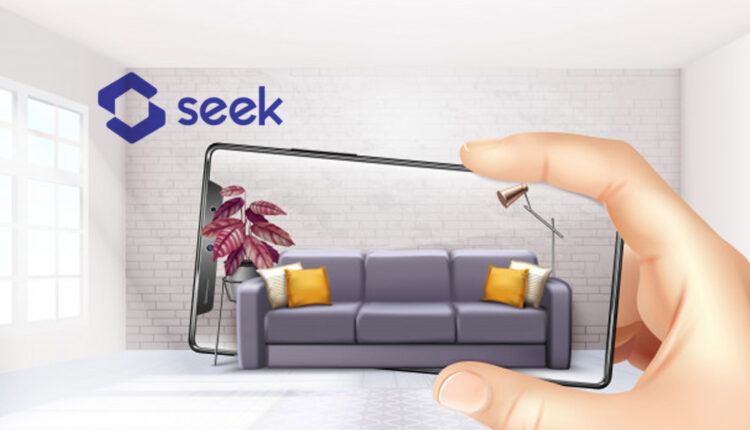 Seek, a leader of web-based Augmented Reality (AR) experiences, has announced the issuance by the U.S. Patent and Trademark Office of US Patent 10,839,615, which is a continuation of application No. 16/666,944 for the core of Seek’s technology. The newly issued US Patent covers Systems and Methods for Generating and Intelligently Distributing Forms of Extended Reality Content and gives Seek exclusive rights to the distribution of any single 3D model across two or more combinations of platforms, browsers or devices.

Many brands continue to struggle with creating and distributing AR experiences at scale across multiple platforms since the process has typically been manual, time consuming and expensive. With no real standardization, different platforms have different ways of uploading and rendering 3D images. Seek’s patented technology, the infrastructure for SEEK HUB, allows a level of automation the market has not yet seen before. An entire AR advertising campaign with multiple different 3D assets can now be stored and easily launched across a limitless number of social platforms such as Instagram, Snap, Facebook, and most recently Shopify, as well as browsers like Safari and Chrome, and devices like iOS and Android. Previously, 3D content would need to be individually converted based on its destination, hindering widespread adoption. Seek’s system can automate the distribution of 3D content standardized for an entire cross-channel marketing campaign, making Seek’s streamlined process a necessity for those using AR within their online advertising.

“3D content is the next layer of the internet and is changing the way we interact with the world over the next decade,” said Jon Cheney, CEO and co-founder of Seek. “Seek’s technology is providing that key framework for the immersive web to really grow and develop, making Seek the critical connective tissue for the entire AR advertising and media market.”

According to recent reports, AR advertising is projected to grow from $1.41 billion this year to over $8 billion by 2024, demonstrating the growing appetite for 3D content and for brands to demonstrate products in immersive ways. 2020 also revealed the growing need for remote shopping. Allowing customers to view realistic 3D images of a brand’s products on any device and bring it to life in their personal space, proved to increase sales conversion by 150% and decrease returns by 25%.

“Seek’s unique technology and platform is paving the way to deliver 3D at scale to the immersive web, and it’s why I decided to join the company,” said Sturgis Adams, Chief Creative Officer of Seek, who came on board in September 2020. “We don’t just have a patent that says we might be able to do something, we are actually executing on it now and it’s extremely exciting to be part of delivering the next layer of the internet.”