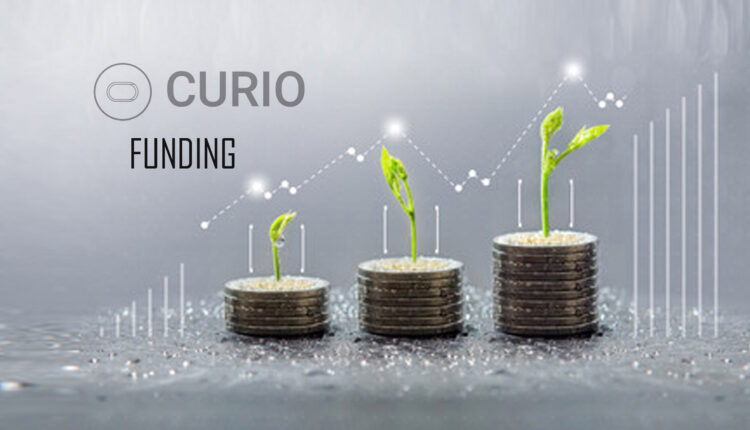 — Funding Will be Used to Expand the Team and Operations, and Further Develop its Proprietary Technology and the Partner Integrations That Make it Easy to Create, Own, Share, and Trade Digital Fan Experiences and Collectibles —

Curio, the preferred platform for brands and content owners to create digital fan experiences and collectibles, announced the closing of $1.2 million in an oversubscribed seed round led by Future Perfect Ventures, with participation from A195 Capital, LongHash Ventures, Moonwhale Ventures, and several others including media veteran Rich Battista, former CEO of Time Inc and former Fox Entertainment executive. Curio plans to utilize the capital to expand its team and operations, and further develop its proprietary technology and partner integrations that enable fans to engage in a more modern way around the content and entertainment brands they love.

Funding comes on the heels of Curio’s collaboration with Fremantle, who utilized the company’s platform to create digital collectibles for fans of the hit show, American Gods, on STARZ in the U.S. and Amazon Prime Video internationally. Digital collectibles for the main characters of the show sold out shortly after their release.

As a part of the investment, Curio will accelerate its integration with Filecoin and Polygon (formerly Matic) to enhance the functionality of the platform for entertainment brands interested in creating non-fungible tokens (NFTs).

“Curio is building an impressive, robust platform that is enabling entertainment, media and sports brands to create officially licensed digital collectibles, connecting fans to content and characters in a more meaningful way,” said Rich Battista. “I believe the opportunity is massive for the entertainment and media ecosystem as Curio’s NFTs unlock immersive and unique digital experiences that weren’t feasible until now, further delighting passionate fan bases.”

Curio enables brands to modernize how they engage with fans and develop emotional connections that digital natives covet. Brands and owners of content can now easily license and monetize limited edition, rare, and exclusive digital assets based on their owned IP, so that fans can share and interact in new ways with the content and characters they love.

“We are excited to support Curio’s exceptional team as the company moves into a new phase of growth,” said Jalak Jobanputra, General Partner at Future Perfect Ventures. “Curio’s platform represents next-generation fan and community engagement, allowing leading brands to connect their biggest fans with the content and characters they’re most passionate about.”

The Curio team consists of veterans with exits from leaders in entertainment, technology, and blockchain. Their expertise combines involvement with entertainment organizations such as Disney, Universal Pictures and Universal Music Group, alongside a strong basis in fintech, blockchain and technology with companies such as Openfinance, Deloitte, Google, and Yahoo.

“Curio is on a mission to usher in the future of fandom, providing deeper emotional connections with their biggest fans,” said Juan M. Hernandez, CEO of Curio. “The modern fan expects to be able to do more with the things they love. We enable engaged digital natives to own a piece of the action wherever they go, in a manner that is certified and authentic.”

Tailify Raises £3.7m Series A investment To Advance The…

One Year Later: What The Pandemic Has Taught Businesses…