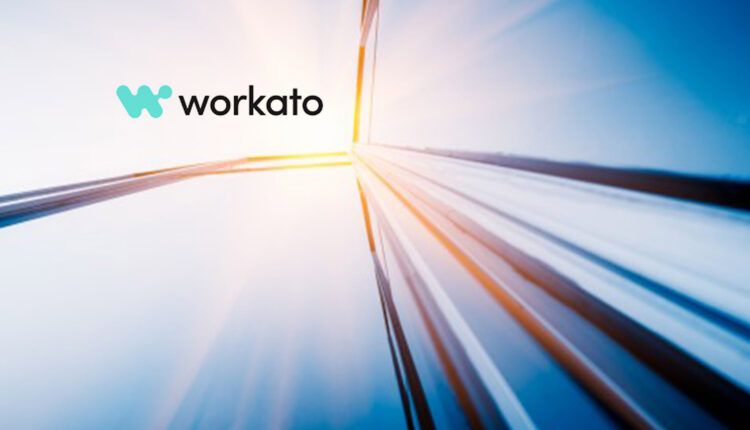 Workato, the leading enterprise automation platform, today announced a series of new product capabilities that enable customers to expand their use of automation at this year’s Automate 2022 conference. The conference brings together Workato users and automation enthusiasts, showcasing where the industry is headed and real world examples of enterprise automation in addition to in-depth training and networking opportunities. The product enhancements expand upon Workato’s industry-leading platform security, enhance the ability of builders to collaborate on developing automations and facilitate the expansion of automation to every business team across the enterprise.

“I’ve used other integration and workflow tools, but there were limitations to all of them. One tool would be good at integrating with a few things but not others, or it only did a certain type of action,” said Sebastian Goodwin, Chief Information Security Officer, Nutanix. “Then I saw Workato and how extensible it was. There were so many integrations that already existed in the Workato community, and if there’s something that wasn’t there, you could quickly create it. I’ve never really seen anything exactly like Workato.”

A recent McKinsey study found that two thirds of global businesses surveyed are piloting the automation of processes in one or more business units or functions. However, the majority of common business processes organizations use are still managed using email or spreadsheets. Legacy approaches to this problem such as business process management (BPM) and robotic process automation (RPA), have grown ineffective because they are not built for the systems and agile methodologies companies utilize today.

“Then I saw Workato and how extensible it was. There were so many integrations that already existed in the Workato community, and if there’s something that wasn’t there, you could quickly create it. I’ve never really seen anything exactly like Workato.”

This week at Automate 2022, the Workato team will be taking a closer look at the following product enhancements:

Establishing a Higher Bar for Security

Facilitating the Expansion of Automation Across The Enterprise

“2021 was an incredible year for Workato and our customers. Our customers trust us by running mission critical automations passing sensitive data. We keep that trust by constantly innovating to provide industry-leading security features to protect our customers’ data,” said Gautham Viswanathan, Co-Founder and Chief Product Officer, Workato. “The extra layer of protection with EKM, zero-logging, and hourly key rotation gives customers a lot more visibility and control over their most sensitive data. With the right tools for security and governance, our customers can achieve a new level of trust and transparency between technology and business teams.”

Could Your Multi-Location Business’s Reviews Be…

Digital Experience Platforms (DXP) And Their Growth In The…