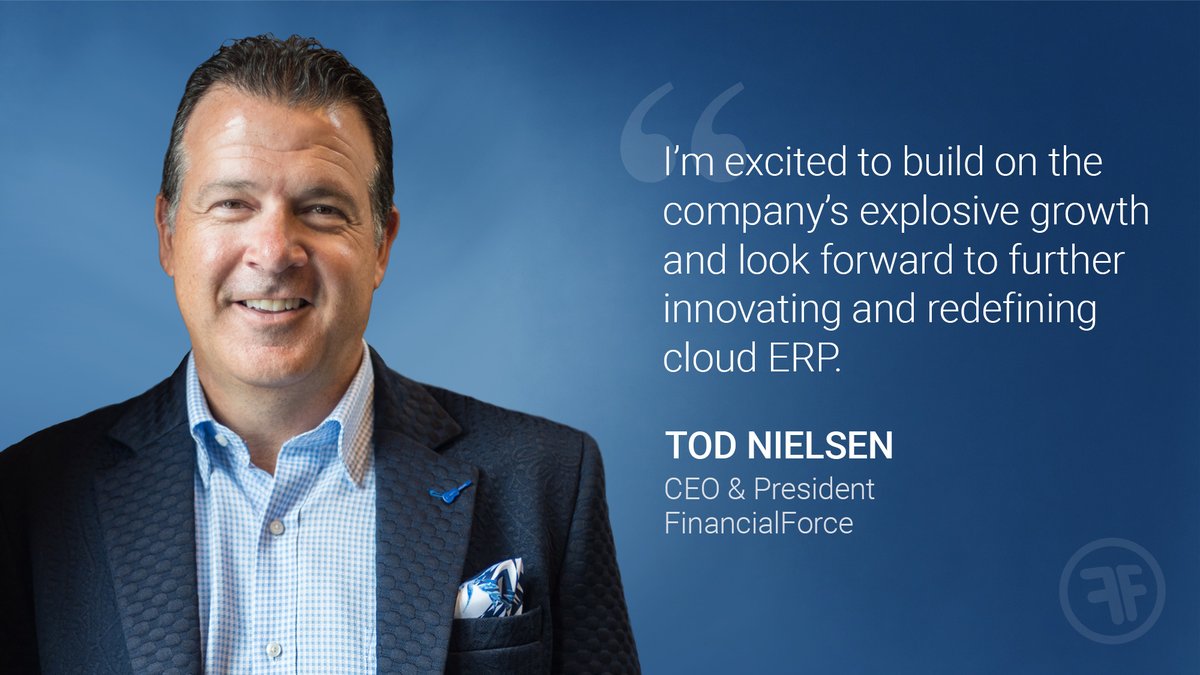 FinancialForce, an enterprise cloud-based resource planning company, named its new CEO after its Founder-CEO stepped down on Friday. In a surprise move, CEO Jeremy Roche will make way for enterprise cloud specialist Tod Nielsen, the former CEO of Heroku and COO of VMWare. This is a strategic move to acquire more scalability for FinancialForce, considering Nielsen’s reputation as a platform game maker.

Tod Nielsen’s arrival will boost growth for FinancialForce, which is expected to touch $100 million as annual revenue in coming quarters. Meanwhile, there has been no official comment on Jeremy Roche’s future at FinancialForce. He is expected to serve as a special board advisor.

Tod Nielsen’s appointment as the CEO of FinancialForce comes merely 18 months after the Cloud ERP solution provider raised $110 million in funding. It has acquired close to $200 million so far and is currently evaluated at $530 million. Nielsen’s experience with Salesforce cloud platform will prove to be a huge advantage for FinancialForce.

Previously, Nielsen was the EVP Platform (App Cloud) at Salesforce, partner of FinancialForce on its Cloud ERP. Interestingly, Nielsen was appointed CEO of Heroku after it was acquired by Salesforce, apart from piloting a project to integrate Force and Heroku operations.

According to a leading business source, FinancialForce management decided to shake up the top order as a strategic move to gain market mileage from the current enterprise Cloud ERP segment. While its relationship with Salesforce will remain “symbiotic”, the new CEO at the helm of things will power new innovations and customer-centric development in Cloud ERP models. Roche decided to step down proactively to open new doors for someone with extensive experience in raising cloud models from the scratch.

“I think the market opportunity is a great tail wind to help us." New CEO Tod Nielsen chats with @TechCrunch https://t.co/yrMKetTV3J

In an interview with CNBC in October 2016, Jeremy Roche had expressed his desire to take FinancialForce to a new height. He wanted to build a “new Oracle or SAP”. Instead of relying on Salesforce’s AppExchange platform, which is a fee-based app installation marketplace, FinancialForce could be developing and supplying its own Cloud ERP suite independently.

Tod Nielsen at FinancialForce could lead to a clear disruption in the rather “calm” legacy enterprise ecosystem. From a partner to a competitor, FinancialForce’s long-term ambition is to grow beyond Salesforce and shed its start-up image in coming months.

inBar Beacon: Mobile-For-Retail Marketing Gets Its Next Eye Candy

Mobiquity Technologies Announces the Launch of an Exclusive…