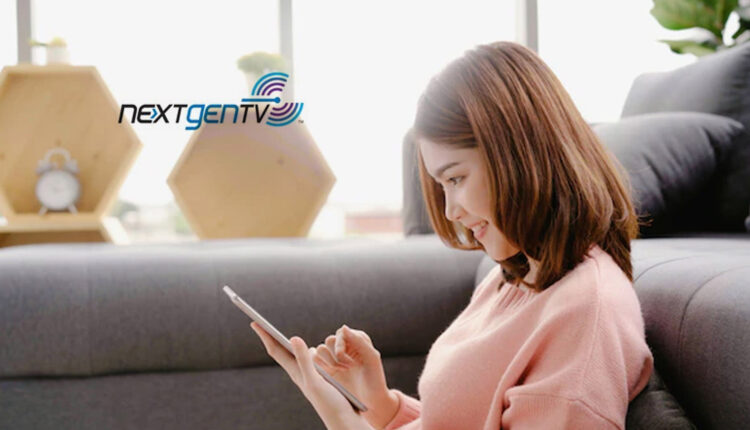 New NEXTGEN TV advertising, including Dolby commercials from its latest marketing campaign which debuted on local television stations across the U.S., is resonating strongly with consumers.

Pearl TV’s marketing campaign began in November 2021 and ran through the holiday season in 17 major U.S. TV markets covering 28.8 million households, with local TV stations airing spots declaring that “the future of television has arrived.” The campaign used engaging ads created by Hothouse, which sought to grab viewer attention, and send them exploring for more information about the new standard and compatible smart TVs

Recent research conducted by Magid, in conjunction with Dolby and the Pearl TV business group, tested the new marketing campaign in seven of the markets on the service delivering live, over-the-air TV.

The research found among consumers:

“This effort reveals not only the value and adoption of NEXTGEN TV by broadcast stations, but how consumers’ increased awareness and interest in NEXTGEN TV is influencing their future purchase considerations—no matter what content configurations or streaming platforms already exist in the household,” said Pearl TV Managing Director Anne Schelle. “We anticipate with additional TV manufacturers and retail participation in this brand campaign, consumer adoption will increase exponentially. With such compelling data, broadcasters have a tremendous opportunity right now to capitalize on the value that NEXTGEN TV delivers to their viewers and their business.”

The campaign includes a comprehensive consumer-friendly website that explains the new technologies, includes a listing of cities now offering NEXTGEN TV services or that are expected to launch them later this year, and offers a roster of TV products equipped to receive NEXTGEN TV from manufacturers LG Electronics, Samsung, Sony and, later this year, Hisense. A critical element of the campaign, which will be extended through 2022 with new creative, is the NEXTGEN TV logo. Part of the Consumer Technology Association’s conformance program, the logo serves as an emblem for consumers to look for when shopping for a NEXTGEN TV to distinguish it more easily from other smart TVs.

Now broadcasting in nearly 50 markets, NEXTGEN TV is expected to reach more than 80% of U.S. households by the end of 2022. “These results don’t just show that NEXTGEN TV is steadily ticking up in adoption and interest—it proves it’s gaining by leaps and bounds. This is underscored by the fact that consumers are increasingly looking to their local broadcast stations to provide NEXTGEN TV services, they want TVs to come with NEXTGEN TV capabilities, and that they want to be a part of the future of television,” said Bill Hague, executive vice president of the Media Strategy Group at Magid.

The research also showed the following elements stand out as strong differentiators for NEXTGEN TV:

“Our mission at Dolby is to immerse audiences in the stories they love while empowering creatives with tools to do their best work,” said Mathias Bendull, vice president, Living Room, Dolby Laboratories. “In the case of NEXTGEN TV, we have an opportunity to put our powerful sound technology in front of consumers in a new way – delivering value to the broadcast industry and elevating consumer experiences when they are watching television.”

Three Things to Keep in Mind when it Comes to Marketing…