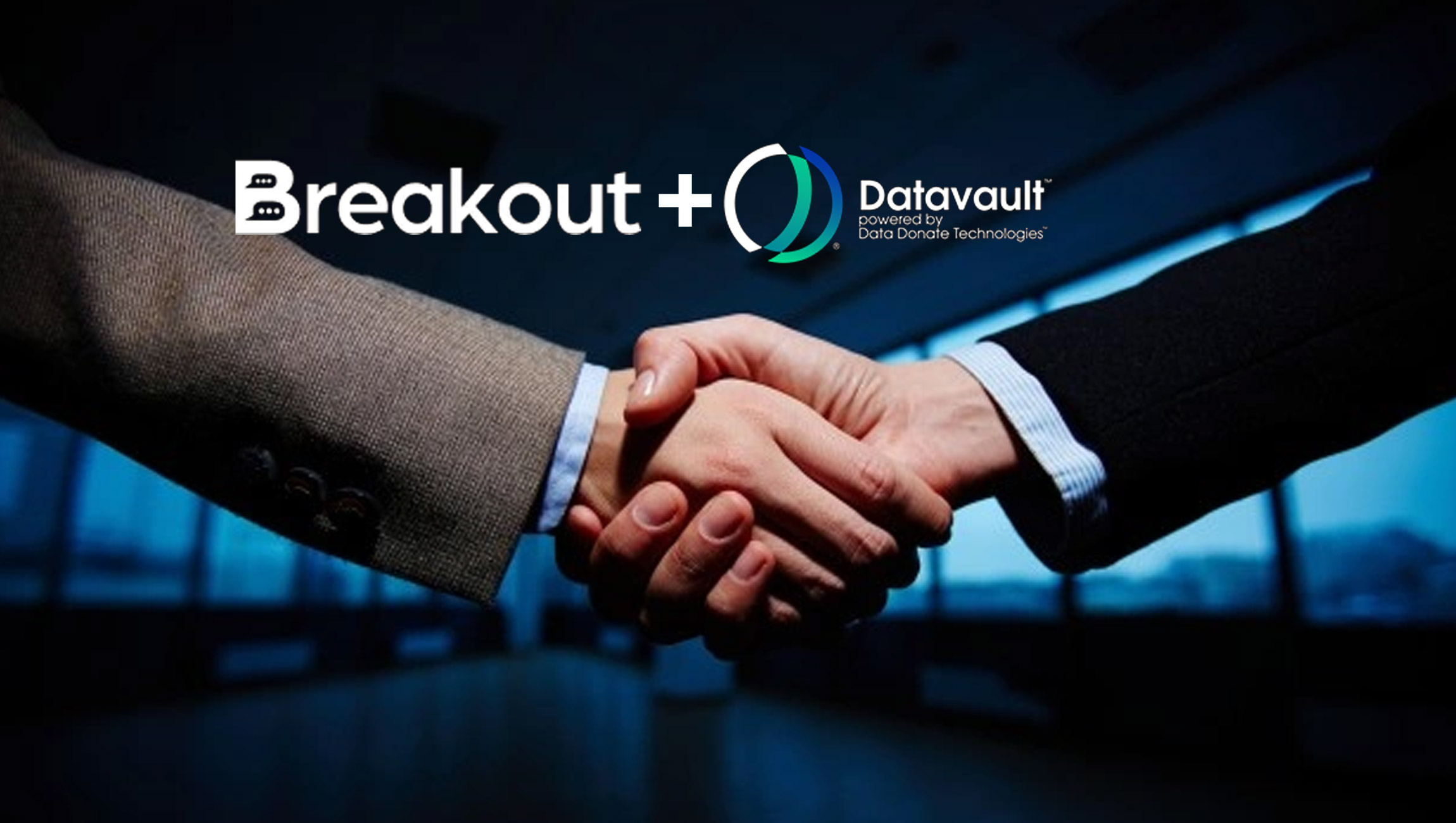 Breakout, the audio social network created for people who want high-quality, verified content that can be created and heard easily and is free from big-tech censorship, announced an exclusive partnership with Data Vault Holdings, Inc. that will allow Breakout users the ability to monetize their data on the platform.

Breakout, a fast-growing startup lets its users create rooms and drop in on audio conversations. They can also link up with influencers and industry leaders—and meet people globally who share their interests, stories and opportunities.

Datavault® will provide exclusive patented intellectual property for Breakout, which combines the real-time data visualization, valuation, and monetization capabilities at users’ fingertips. Other social networks generate a great deal of data, and through this partnership, Breakout can become a repository of all social data including data created in e-commerce and other platforms that have relevance. With the drop-in audio capabilities of Breakout combined with the patented ADIO data packet technology, Breakout is poised to make a significant impact within the social media space.

“Breakout offers a unique opportunity to evolve social media platforms toward a more favorable, accessible, and financially viable future. Consumers are tired of social media platforms that use consumer data to line their own pockets. Today, through this partnership, we automatically and systematically place a portion of the revenue back into the pockets of users. Personal data is our own to monetize. The success of our partnership with Breakout will provide a powerful proof of concept for the benefit of users of the data objects they create through the metaverse,” says Nathaniel Bradley, co-founder and CEO of Data Vault Holdings.

“Every time a user of the Breakout app shares their most valuable asset of time with us, it compounds and provides new information of value such as user preferences, interests, and activity. In turn, this information informs data objects that our Breakout app now generates. In working with Datavault®, our users gain new capabilities of data management, visualization, and monetization from the very assets they create,” adds Breakout CEO Cody Harvey.

Datavault® will help Breakout users to retain ownership of their myriad of data assets including user interactions, habits, data from cross-connected platforms, and likes. Datavault’s cloud-based crypto technology is helping to introduce a revolutionary idea to the combined audience of 2 million+ users, that they have the power to determine how and when their data is sold while claiming most revenues generated from it for themselves.

Why the Next Big Marketing Opportunity is: In-App Customer…

Consumer Search Trends Increase in March, According to New…