Scotland Becomes a Nation of Streamers 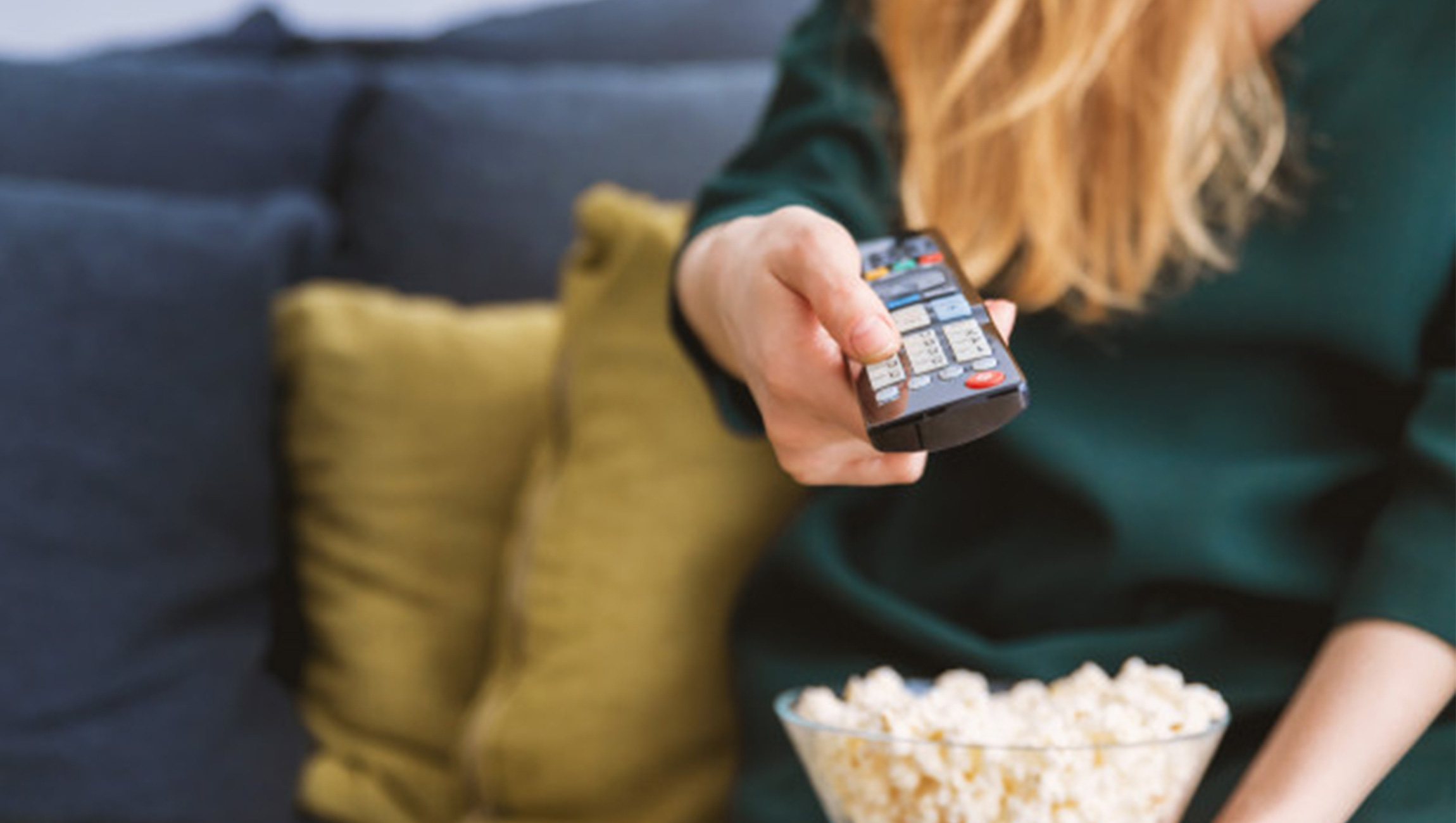 Over half of homes in Scotland now subscribe to TV streaming services, according to a major Ofcom report revealing rapid shifts in our viewing habits

The number of households in Scotland signed up to at least one of the main UK subscription streaming platforms – Netflix, Amazon Prime Video, Now TV and Disney Life – increased from 1.13m (46%) in 2018 to 1.30m (52%) in 2019. As with the rest of the UK, Netflix is the most popular with over 46% of homes in Scotland now signed up.

While traditional TV still accounts for most TV screen time in Scotland (82%) and remains the most popular place for people to keep up with the latest news, viewing continued to decline last year.

However, viewing to other services on the TV set – such as streaming or gaming – increased by eight minutes to an average of 48 minutes per person per day in 2018.

TV is still the “go to” place for news and sport

Despite the increasing popularity of online services, television remains the most-used platform for news by people in Scotland. Television channels make up five of the top ten most-used news sources in 2019, with BBC One and STV the most popular overall.

Social media sites are also highly used for news in Scotland; a third (34%) of people now say they use Facebook for news, while 8 of the top 20 most-watched programmes in Scotland in 2018 were live sport events. 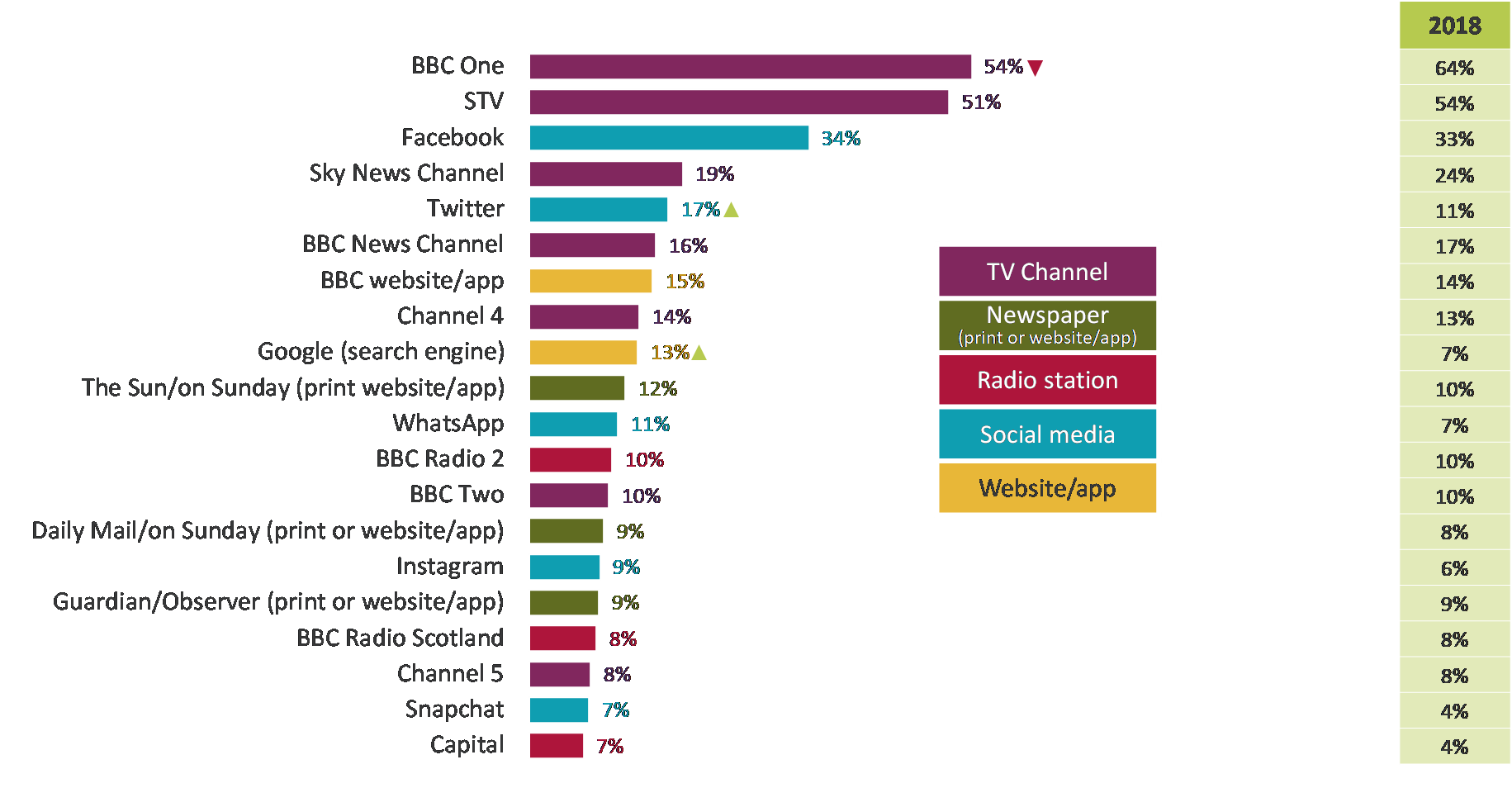 This will involve broadcasters, production companies, governments, Parliaments, industry bodies, viewers’ groups and national and regional representatives on the wider questions around the future of public service media.

Ofcom is playing a central role in driving the debate, drawing on a range of views, evidence and research.  By the end of the year, we will publish our assessment of the state of public service broadcasting, identifying areas of risk and potential opportunities.

Glenn Preston, Ofcom’s Scotland Director, said: “The way we watch TV is changing faster than ever before.  In the space of seven years, streaming services have grown from nothing to reach over half of Scottish homes.  But traditional broadcasters, who produce brilliant Scottish and UK programmes, still have a vital role to play.  We want to sustain that content for future generations, so we’re leading a nationwide debate on the future of public service broadcasting”.

Other findings from the report include:

The Pandemic Pushed Consumers Online & They’re Not Leaving. Is Your…

Aparavi Launches in Europe with the Appointment of Gregor…

The Future of Programmatic AdTech