Taboola Begins Trading on Nasdaq Under Symbol “TBLA”; Follows Strong Q1 Earnings with Raised Full-year Expectations for Revenue and Profit; Company Is a Leader in Powering Recommendations for the Open Web 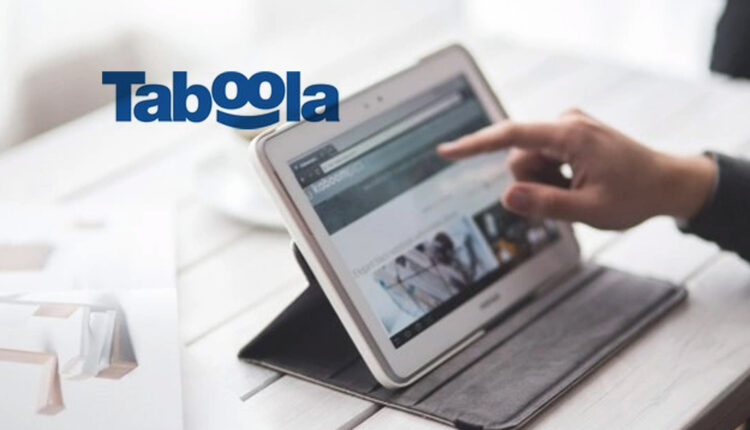 Taboola, a global leader in powering recommendations for the open web, helping people discover things they may like, announced it has become a publicly listed company trading on Nasdaq under the new ticker symbol “TBLA.”

Taboola joins Nasdaq at a time when online advertising on the open web accounts for more than an estimated $60 billion in spending per year. This market is highly fragmented and has traditionally relied on ad formats such as banner ads, which can lack relevancy and efficacy. Taboola uniquely taps into this estimated $60 billion market through its recommendation platform which renders editorial and paid recommendations natively, in contextually relevant moments, across more than 9,000 of the world’s premium digital properties with which the company has direct relationships and for 13,000 direct advertisers. Taboola’s direct partnerships with digital properties and the value inherent in being an editorial recommendation engine positions the company well in a dynamic privacy environment.

Taboola’s listing on Nasdaq comes after several recently announced milestones for the company, including:

As part of its publisher initiatives, Taboola released several product innovations as well. This included significant enhancements to Taboola Newsroom, enabling publishers to drive subscriptions using Taboola’s advanced A.I. and insights, sourced from its exclusive dataset about readership on the open web. It also announced Taboola Stories, a new way for publishers to engage readers with the familiar captivating “stories” format that users love on social media, and those known to be effective for e-commerce brands.

Lookout Announces the Industry’s Only Endpoint to…