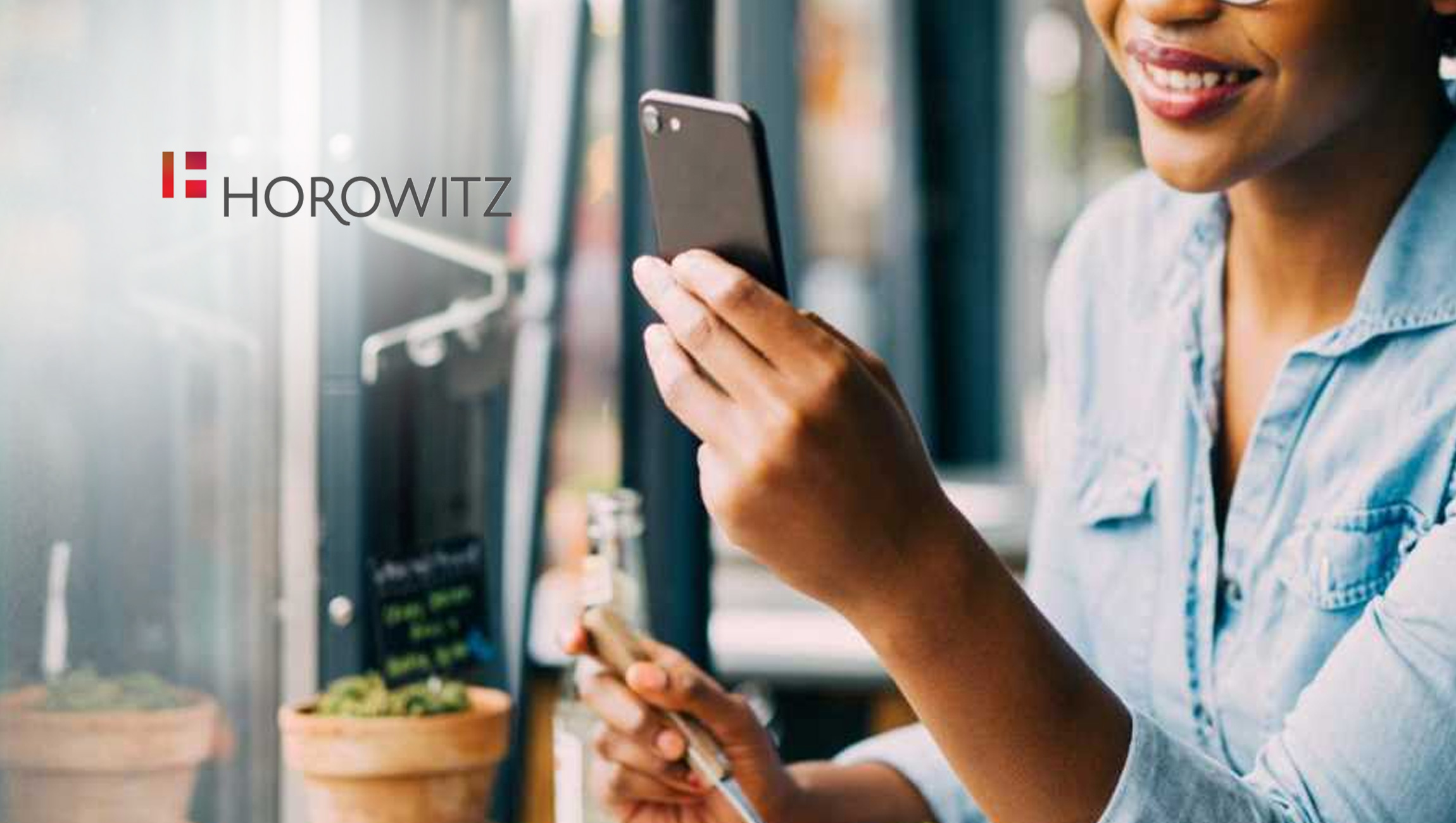 In today’s increasingly cluttered media environment, identifying the most effective media platforms for reaching target audiences is a critical concern for advertisers. Horowitz Research’s latest study, State of Advertising and Social Media, reveals half of the consumers still feel that TV ads during the “regular” (scheduled) airing of a show are the most effective way to reach them with information about new products, followed by sending emails (46%) and ads on websites visited (44%). 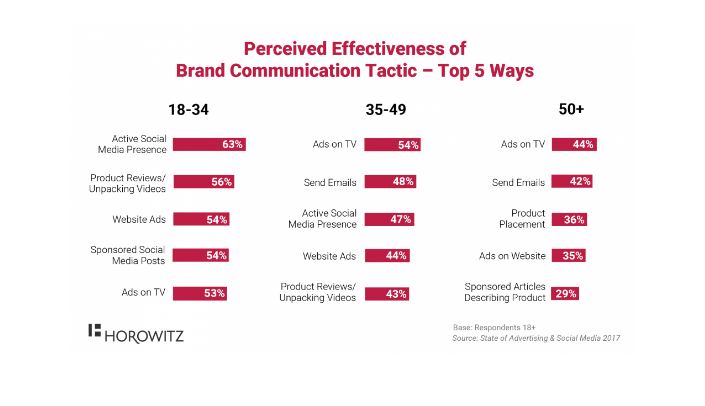 Also Read: Who Wants to Get Paid For Using the Social Internet? meggalife.com Bets Everyone Does 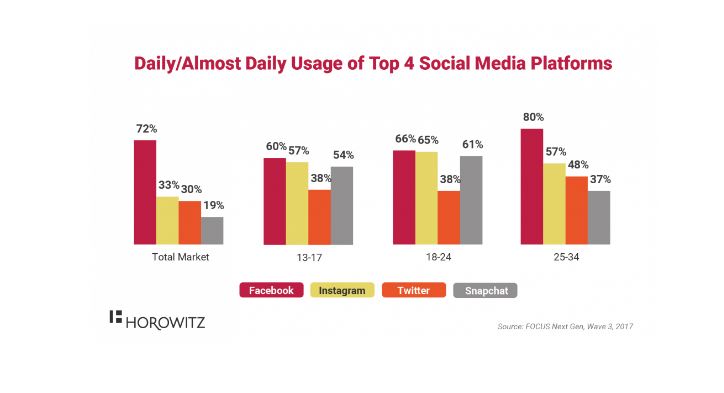 So where should advertisers be focusing their energy and advertising dollars in the social space? The report reveals that while Facebook is still the most-used social media platform overall, for younger (18-24 and 13-17-year-old) consumers, Instagram and Snapchat are as popular as Facebook.

“Social media is not just about reach, it’s about context,” notes Adriana Waterston, Horowitz’s SVP of Insights & Strategy. “While Facebook has the most users overall, it is not necessarily where young people are going to have fun, engage socially, and connect with brands. Instagram and Snapchat are much more about that kind of organic engagement, which is an ideal environment for brands looking to connect with the next generation of consumers.”

Recommended Read: Back to Basics: How to Stop the Scroll for Social Media Advertising