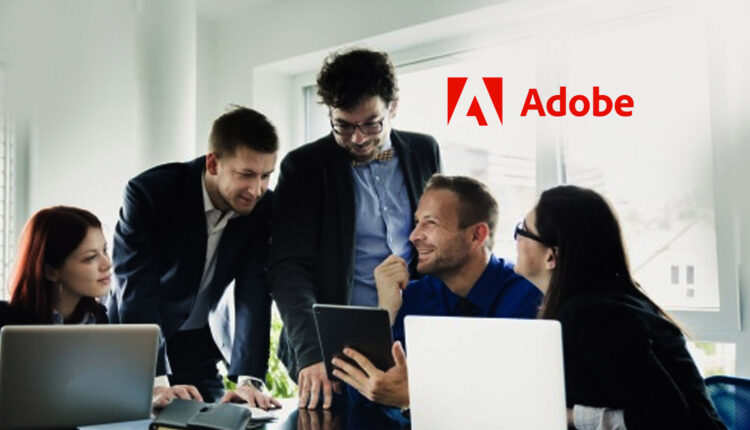 Adobe announced changes to the company’s executive team. Anil Chakravarthy, executive vice president and general manager, Digital Experience Business and Worldwide Field Operations, has been promoted to President of Adobe’s Digital Experience business and David Wadhwani, chief business officer and executive vice president, Digital Media, has been promoted to President of Adobe’s Digital Media business. As Adobe Presidents, Chakravarthy and Wadhwani will be responsible for the strategy and execution of their respective businesses. Under their leadership, the company will continue to invest in growth initiatives to accelerate its category-defining innovation and product leadership as the transition to a digital-first world continues.

“I am thrilled that Anil Chakravarthy and David Wadhwani are being promoted to president of our Digital Experience and Digital Media businesses respectively,” said Shantanu Narayen, chairman and CEO, Adobe. “I have immense confidence in both leaders and look forward to continuing to work with them and the rest of our executive team as we execute on our strategy to unleash creativity for all, accelerate document productivity and power digital businesses across the globe.”

Chakravarthy joined Adobe in January 2020 as EVP and general manager of Adobe’s Digital Experience business, including Worldwide Field Operations. He successfully led the acquisition and integration of Workfront. Under his leadership, the Digital Experience segment delivered over $1 billion in revenue in the fourth quarter. Before joining Adobe, Chakravarthy was CEO of Informatica.

In their roles, Chakravarthy and Wadhwani will continue to work with the rest of Adobe’s seasoned executive team to drive the company’s next decade of growth.

Parasnis joined Adobe in 2015 and championed a culture of continuous innovation. Under his leadership, the company made significant technological strides in artificial intelligence with Adobe Sensei, the underlying framework that drives advancements across Adobe’s entire product portfolio. Parasnis will remain in his role until the end of February to ensure a smooth transition.

“Abhay’s vision and leadership have been instrumental to the development of the ground-breaking technology powering Adobe’s continued growth,” said Narayen. “We appreciate his many contributions over the last seven years and wish him continued success.”

Computecoin Network Raises $6.2M In Strategic Round to Power…