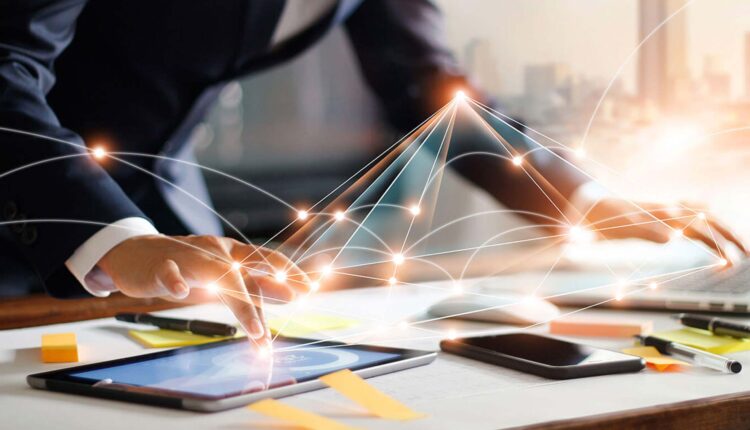 Industry experts predict a surging acceptance of blockchain technologies in the next three years, and the global cryptocurrency mining market is forecast to reach almost $40 billion.  With a growing number of organizations around the world adopting cryptocurrency and blockchain technologies, smart companies operating within the space are working to strengthen their positions in the burgeoning industry. International Spirits & Wellness Holdings Inc is partnering with Bit5ive LLC, a global leader in cryptocurrency mining and innovative turnkey mining solutions. ISW Holdings plans to combine this joint venture with its recent renewable energy project to offer crypto miners the essential energy, hardware and infrastructure necessary to make the most of their mining efforts. Other savvy companies are making their mark in the cryptocurrency and blockchain sectors as well. Earlier this month, HIVE Blockchain Technologies Ltd announced a second purchase of second-generation miners, designed to increase the company’s Bitcoin hash rate and mining efficiency. Marathon Patent Group Inc. is following the same trajectory with its recent purchase of 500 additional next-generation S19 PRO ASIC MINERS. Other companies excelling in the blockchain space include tZERO, a majority-owned subsidiary of Overstock , which was just named best blockchain solution of the year by FTF News Technology Innovation Awards 2020, and tech giant International Business Machines Corporation, which has filed a multitude of patents based on blockchain technology.

An internet-based medium of exchange, cryptocurrency is a digital asset that records individual coin ownership in a digital ledger. Bitcoin is generally recognized as the first modern cryptocurrency. The innovative currency was first outlined in a 2008 white paper published by Satoshi Nakamoto, a pseudonymous person or group. Bitcoin uses blockchain technology, or a chain of public, secure and decentralized records that contain the history of all transactions from the first block on the Bitcoin blockchain to the most recent.

In early 2010, Bitcoin had a value of less than a penny; barely a decade later, each Bitcoin is valued at around $9,000. The currency generally increases in value when the production of new Bitcoins, which are introduced into the market by miners who are processing blocks of transactions, slows down, often resulting in demand for the coin outpacing supply.  Although the asset’s journey has been volatile, with values rising and dropping at tremendous rates, the general upward trend is unmistakable as it — and other cryptocurrencies — become more widely accepted and used around the world.

“Sixty percent of CIOs in the Gartner 2019 CIO Agenda Survey said that they expected some level of adoption of blockchain technologies in the next three years,” said David Furlonger, distinguished research VP at Gartner. That kind of forecast certainly paints a promising future for cryptocurrencies in general and Bitcoin specifically.

Recognizing the powerful potential in the cryptocurrency space, ISW Holdings is intent on capitalizing on the crypto mining possibilities by leveraging its new joint venture with Bit5ive. A holding company, ISW Holdings and its partners focus on the common goal of brand communication from developers, consultants, design engineers, contractors, subcontractors, equipment providers, installation providers, end users and service providers. Bit5ive is a leader in cryptocurrency mining data centers with several U.S. projects currently in development.

Intent on making the most of its foray into the promising sector, ISWH researched the crypto mining space and identified a possible partnership with an industry leader that enjoyed a substantial industry footprint. After significant due diligence and several meetings, the two entities recognized an ideal opportunity to collaborate. This new venture represents that commitment that ISWH, in conjunction with Bit5ive, has to build power cryptocurrency modular data centers that support all facets of cryptocurrency mining.

“We are incredibly excited to expand our current portfolio and move into what we believe is a sector poised for strong technological and financial growth,” stated ISW Holdings president and chairman Alonzo Pierce. “This new joint-venture agreement enables us to collaborate with the experienced team at Bit5ive to innovate the infrastructure needed to run profitable, efficient crypto mining projects, and to take advantage of the incredible growth projected for the crypto market.”

According to a report from Coherent Market Insights, the global cryptocurrency mining market was valued at $610 million in 2016 and is expected to exceed $38 billion by 2025, growing at an eye-popping 29.7% compound annual growth rate over the forecast period. One Bitcoin is mined every 10 minutes, which equates to more than $50,000 an hour in new Bitcoin. Crypto mining has turned into a thriving industry.

With the significant energy demands of crypto mining in mind, ISWH has also partnered with Proceso LLC to create high-density processing and mobile data centers powered by renewable energy. Proceso intends to offer a variety of low-cost services, including hosting and co-location services, to cryptocurrency mining clients. This plan is designed to reduce power consumption while creating secure crypto mining data centers across the United States.

“We have achieved considerable growth and hit several major milestones in the last three years, consistently growing our staff and honing our expertise along the way,” said Bit5ive CEO Robert Collazo. “It is important that we continue innovating and be over par with industry demand from every aspect.”

Bit5ive is the producer and distributor of the most efficient and successful infrastructure for crypto mining hardware, POD5 and Power Skid 2.5. Bit5ive is also an official distribution partner of Bitmain, the industry-leading fabless manufacturer of computing chips and distributor of Antminers to more than 30 countries in Latin America, Central America and the Caribbean. Bit5ive is quickly becoming one of the largest U.S.-based companies in the cryptocurrency mining and bitcoin farm industry, and the joint venture with ISW Holdings looks to be beneficial for both companies.

The ISW Holdings team determined early on to create a company with diverse business initiatives in multiple sectors. That long-term vision led to entry into an explosive market opportunity. The cryptocurrency markets appear to be here to stay, growing bigger and stronger over time. This imminent growth positions crypto mining companies as attractive options for investors looking to tap into the technologies of today — and tomorrow.

HIVE Blockchain Technologies Ltd. continues to scale up its next-generation crypto mining power at its recently acquired green energy-powered bitcoin mining operation in Quebec. HIVE’s recent purchase of 1,090 Bitmain Antminer T17+ SHA 256 mining machines will be combined with the company’s recent installation of 750 Bitmain S17+ Antminer machines. With these additions, HIVE estimates its aggregate operating hash rate, specifically from next-generation mining equipment at its Quebec facility, will be approximately 118 PH/s (petahash) by the end of this month. Working to build a bridge from the blockchain sector to traditional capital markets around the world, HIVE owns state-of-the-art digital currency mining facilities in Canada, Sweden, and Iceland; these facilities continuously produce newly minted digital currencies such as Bitcoin and Ethereum.

Marathon Patent Group Inc.’s  most recent purchase of 500 new miners is expected to generate 55 PH/s of hashing power. When all existing and new miners are received and deployed, the company estimates an increase in operating hash rate to approximately 240 PH/s. “In the past month, we have heavily invested in our business through the purchase of these 2,360 next generation miners,” said Marathon CEO Merrick Okamoto. “We anticipate that, upon full installation, we could experience at least a 500% increase in our aggregate hash rate as compared to our production rates before these new miners were acquired and installed.”

Overstock is a committed member of the blockchain community. Its majority-owned subsidiary tZERO Group Inc. was honored by the 2020 FTF News Technology Innovation Awards, winning the top spot in the Best Blockchain Solution of the Year category. This award honors the breakthrough systems that will advance the operations of the securities industry the most. “We are proud to be recognized as Best Blockchain Solution of the Year,” said tZERO CEO Saum Noursalehi. “And we look forward to continuing to advance the integration of DLT to advance capital markets.” tZERO is a technology firm founded with the goal of utilizing distributed ledger technology (DLT) to revolutionize Wall Street so that it is more efficient, accessible and transparent.

International Business Machines Corporation has been leading the way in blockchain adoption since 2014. The company has established its own blockchain technology solution, and IBM Blockchain Technology vice president Jerry Cuomo recently testified during a congressional hearing. “The potential uses for blockchain are far broader than cryptocurrency,” Cuomo said. “IBM has engaged in more than 400 blockchain projects across supply chain, government, healthcare, transportation, insurance, chemicals, petroleum and more. And from those experiences, IBM has developed three key benefits: we believe that blockchain is a transformative technology that could radically change how businesses and government interact, blockchain must be open to encourage broad adoption, innovation and interoperability and blockchain is ready for business and government use today.”

As increasing numbers of companies are attracted to the potential cryptocurrency boom, ISWH and its partner companies appear to be particularly well positioned to benefit from the industry’s continued evolution.

Avionos Is Named One Of The Crain’s 50 Fastest Growing…