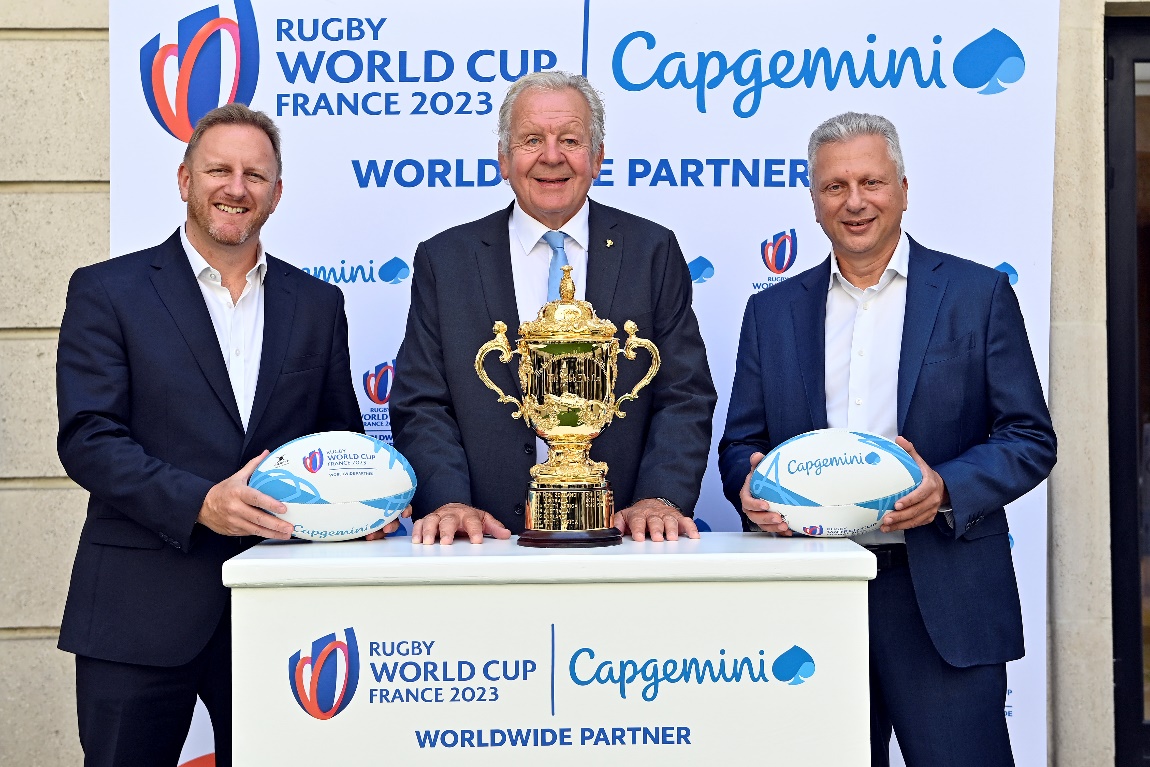 The worldwide partnership, that will help the growth of the sport across the globe, is a natural next chapter in Capgemini’s rugby story. Its deep heritage in the game began with the Group’s founder, the late Serge Kampf, who was a lifelong rugby fan and sponsor of the sport. More than 30 years ago Capgemini supported French domestic clubs and was Official Technology and Consulting sponsor for Rugby World Cup 2007 in France. Furthermore, Capgemini is currently the Global Innovation Partner for the HSBC World Rugby Sevens Series among other commitments.

Rugby World Cup France 2023 is already capturing the imagination of fans around the world and is set to be the major attraction in the sporting calendar that year, bringing the rugby family and new fans together for a celebration of 200 years of the sport. Capgemini will work with France 2023 to enhance the tournament’s unforgettable moments on and off the field.

As a global company based in 50 countries, with well-established operations across major rugby heartlands such as England, Scotland, Wales, Ireland, France, and Italy and a growing footprint in Asia-Pacific markets that include passionate rugby nations such as Australia, New Zealand and Japan, as well as in Argentina, Capgemini will promote the tournament across all its international locations. This sponsorship embodies many of Capgemini’s core brand values, in particular team spirit and fun. With its diverse global fanbase, rugby is fully aligned with Capgemini’s conviction that it is through true diversity of thought and approach that the most innovative solutions are developed, and value is created.

Through its deep technology expertise, Capgemini will support the tournament’s management systems and play an instrumental role in the delivery of results including the men’s and women’s World Rugby Rankings. In addition, over the coming three years, Capgemini will work with World Rugby to enhance the digital experience for fans and coaches by applying its market-leading capabilities in data analysis, artificial intelligence (AI) and cloud.

World Rugby Chief Executive Alan Gilpin said: “We are delighted to be expanding our relationship with Capgemini and welcoming them as one of our six Worldwide Partners for Rugby World Cup 2023 in France.

“This partnership is much deeper than a brand association, this is a purpose-driven relationship between our two organizations that share many common values. It reflects our ambition to keep innovating and deepen our relationship with fans, enriching their experience by embracing new technology and digital platforms. Capgemini is the perfect partner to help us deliver this shared vision.

“With two years to go until France 2023 kicks off, we are in great shape. Preparations are on track. Our worldwide partner commercial program is attracting new partners like Capgemini and we are confident that it will be the most impactful and sustainable Rugby World Cup ever staged and a spectacular celebration of rugby and its values in the sport’s 200th year.”

Aiman Ezzat, Chief Executive Officer of Capgemini said: “At Capgemini we share the values of the rugby community; passion, team spirit and diversity are common key drivers for us both. I am thrilled that Capgemini will bring its deep expertise in innovation, digital and technology to enrich the experience of one of the major global sporting events of 2023. This new worldwide partnership reflects the international breadth and diversity of the Capgemini Group on the global stage.”

With World Rugby recently announcing its roadmap for the next five years, the international federation is experiencing record levels of interest for commercial partnerships across its properties. Capgemini has joined Societe Generale, Mastercard and Asahi at the top-tier level of Worldwide Partner for Rugby World Cup 2023.

On September 8, the global rugby family will celebrate two years to go before the first game of Rugby World Cup 2023 opposing the host nation France to New Zealand at the iconic Stade de France. One million tickets have already been sold to fans around the world, confirming the appeal of rugby’s biggest tournament.

Claude Atcher, France 2023 CEO said: “As the organizational model for international sporting events continues to evolve, the role of key strategic partners has never been more important. We look forward to working with Capgemini to optimize the technological services of France 2023, and in so doing contribute to the overall success and legacy of this Rugby World Cup.”

Quad to Promote Dave Honan to Chief Operating Officer and…