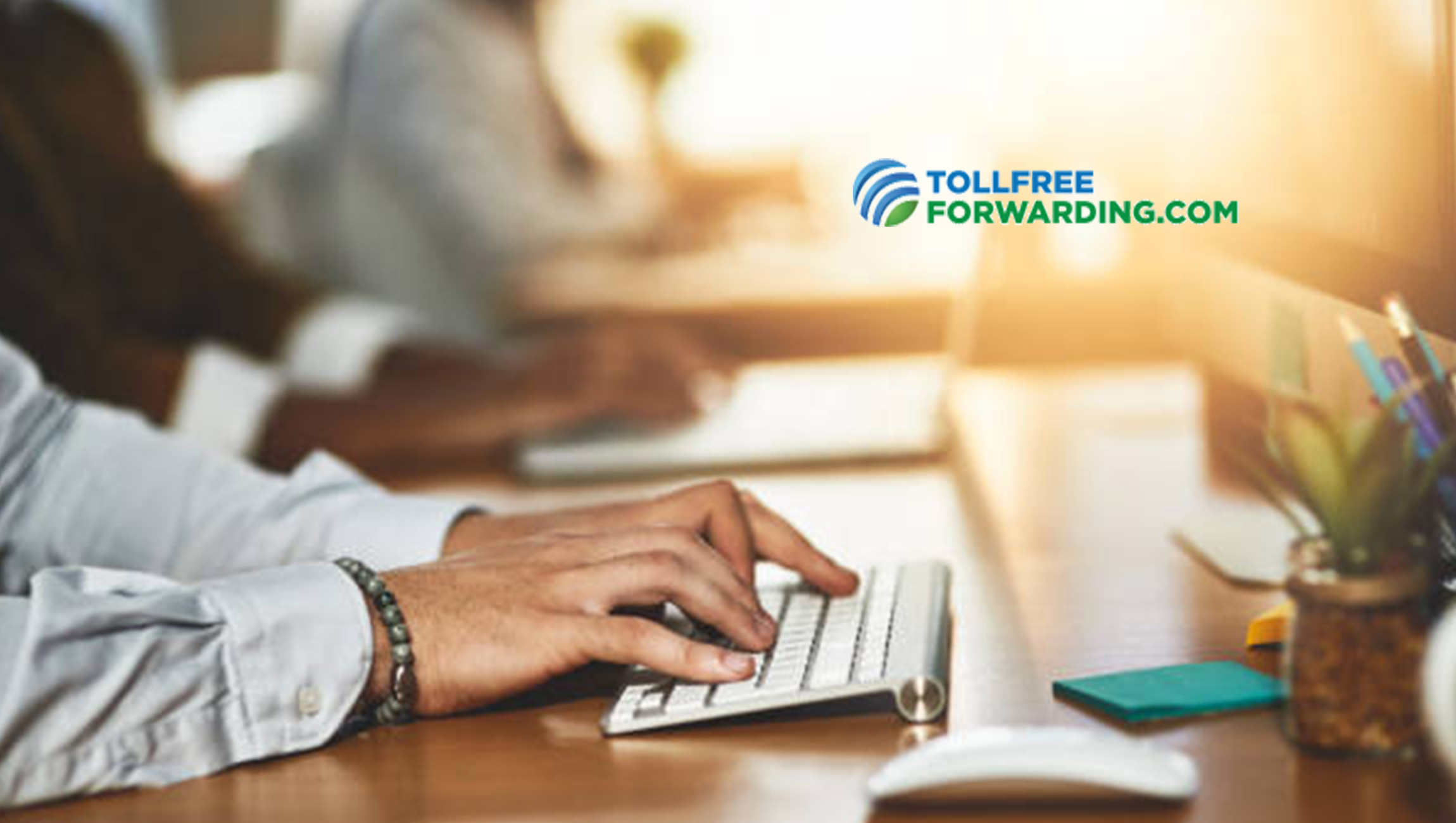 Future human reveals how exposure to everyday technology could change us

A hunched back, claw-like hand, and second eyelid are ways the human body could change due to the effects of modern technology, as visualized by telecommunications company TollFreeForwarding.

Citing a wide range of scientific research and expert opinion, TollFreeForwarding worked with a 3D designer to create a future human that visualizes the effects of modern technology. The model was designed in light of recent news that the average American spends 5.4 hours a day interacting with technology*.

The model, named Mindy, displays a number of physical and mental changes brought about by consistent exposure to modern devices such as smartphones, laptops, and television.

Among them is “text-claw”, a recently coined condition that sees the hand permanently mold into a claw-like grip, occurring after sustained periods spent holding smartphone technology.

The head and neck feature multiple noticeable anatomical changes. One of which is a thicker skull, helping to protect the brain from the damaging radiofrequency waves emitted by smartphones. Relating to the recent scientific theory that a sedentary lifestyle is reducing human brain capacity; Mindy also has a smaller brain. 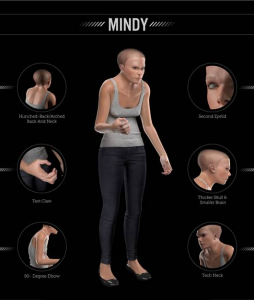 Technology has also seen Mindy’s posture alter from a typical upright position. Office work and the craning of the neck to look at smartphones has resulted in the model’s arched, hunched back.

Relating to extensive research on the mental health effects of technologies such as social media, Mindy is also at greater risk of conditions such as stress and anxiety.

Other anatomical changes realized in Mindy include:

·         “Tech Neck”: The neck muscles have grown to limit the damage caused by poor posture due to monitor and smartphone use.

Dr. Nikola Djordjevic from Med Alert Help explained the science behind some of the anatomical phenomena:

“The way we hold our phones can cause strain in certain points of contact – causing “text claw” and “90-degree elbow” also known as the cubital tunnel syndrome.

“This syndrome is caused by pressure or the stretching of the ulnar nerve which runs in a groove on the inner side of the elbow. This causes numbness or a tingling sensation in the ring and little fingers, forearm pain, and weakness in the hands – keeping the elbow bent for a long time.”

Jason O’Brien, COO of TollFreeForwarding.com said of the findings:

“Technology gives us so much. Convenience, connectivity, entertainment, and so much more – but there is a trade-off. Overexposure to technology can sometimes come to the detriment of our health, and Mindy is our visual representation of a growing body of scientific research.

“While the benefits of technology to individuals and businesses are too great to ignore, it’s worth evaluating your usage to ensure your health isn’t being damaged in the long-term.”

Talend Announces Expiration of “Go-Shop Period” Related to the Planned…

Next Generation Identity Verification And Authentication…