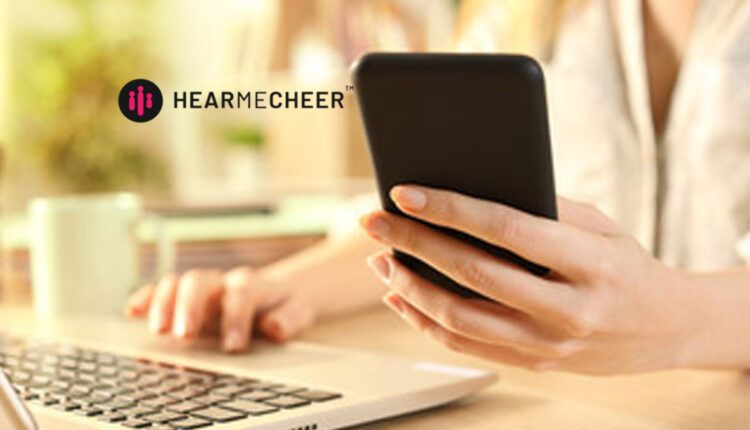 HearMeCheer, the trendsetting start-up creating social audio technology for the metaverse, has introduced OnCue, a new way to seamlessly synchronize experiences for listeners to any broadcast feed of a live event.

As introduced earlier this month, HearMeCheer’s OnCue sync technology listens to a broadcast feed to determine at what point in time the viewer or listener is in the event. This allows HearMeCheer’s partners, including teams, leagues, sponsors, and advertisers, to send contextually relevant notifications at the right time, every time.

“As more and more teams, leagues and other properties engage directly with their fans through streaming, and the growth of listening to a broadcast on multiple devices, we’ve found that there is a challenge for them to offer a consistent message delivered across multiple audio channels,” said Elias Andersen, the founder and CEO of HearMeCheer.

HearMeCheer’s patent-pending real-time audio engine and their related tech enhances the connection between people on any app/platform that looks to provide conversation and community among its users. The HMC social audio widget can be overlayed on any platform/app/website in about 15 minutes using our iFrame, allowing users additional ways to connect and engage with each other. The company also offers a full APi for deeper integration solutions.

HearMeCheer, founded in April 2020, is up to over 400,000 real-time audio events in the past six months, and continues to grow their business, enabling more partners to enhance their user’s experiences.

The social audio technology innovations created by HearMeCheer are currently in use worldwide on platforms and properties including ZedRun, Preediction, and the Premier League’s Wolverhampton Wanderers, among others.

HearMeCheer delivers audio processing on a scale never seen in the audio industry. This allows HearMeCheer to provide an audio feed with up to thousands of people contributing at the same time, with live microphone input, all with only one audio stream coming in and out of each client’s computer. The server also sends back customized streams for each client, with feedback cancellation applied for each client. HearMeCheer does this with WebRTC and the company’s patent-pending algorithms, running on extremely high-performance compiled code.