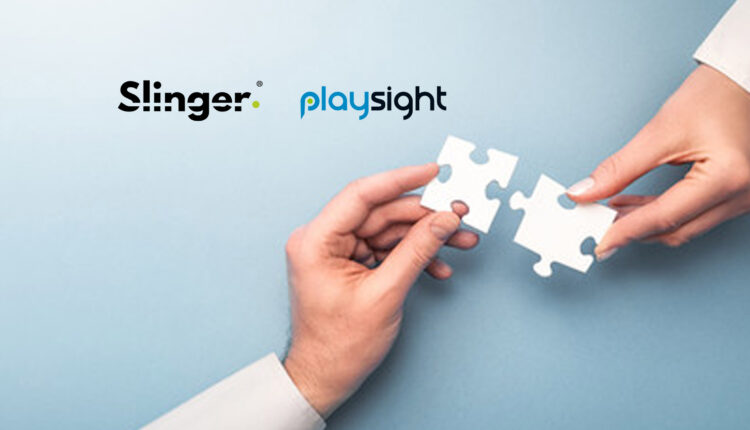 This acquisition further enhances Slinger’s Watch, Play, Learn strategy through PlaySight’s pioneering video technology, and brings hundreds of thousands of athletes and sports fans as part of its platform

“We now have all the pieces in place to execute on our ‘Watch, Play, Learn’ strategy,” said Mike Ballardie, CEO of Slinger. “Integration plans for both our PlaySight and GAMEFACE.AI acquisitions have been underway for a while, and we expect to progress quickly as we build out our fully integrated platform later in the year.”

Since its launch in 2014, PlaySight technology has been trusted and used daily throughout tennis, baseball, cricket, basketball, and other leading sports, attracting hundreds of thousands of athletes, coaches, organizations and leagues to its automated production and performance video platform.

“We are building something unique in sports with our combined technological capabilities, connection to and deep understanding of the sports consumer through the products and services that we will offer,” continued Ballardie.

PlaySight is set to debut a fully mobile sports broadcast platform later this year, as well as further enhancements to its existing streaming, data capture and automated production infrastructure.

“We have been on the leading edge of innovation in sports technology for many years and believe that the best is yet to come for this industry,” said PlaySight Interactive Co-Founder and CEO, Chen Shachar. “With the widespread adoption of 5G combined with the developments to camera technology and AI capabilities, we are just scratching the surface of technology’s impact on sports broadcasting, training and video replay/VAR. Combined with Slinger’s consumer expertise, we are excited for the months and years ahead as part of this new group.”