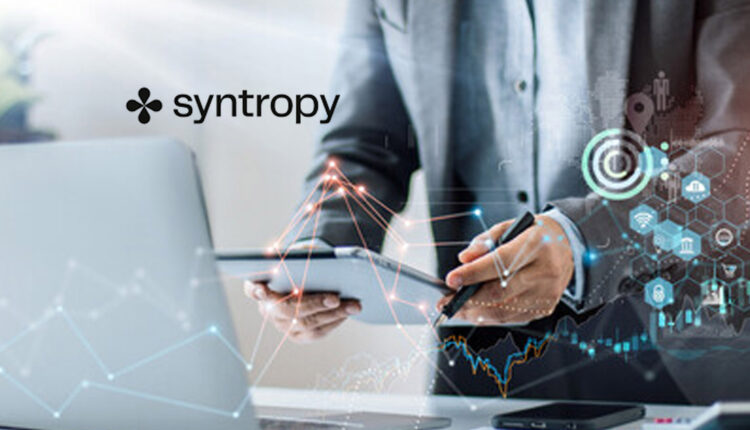 Syntropy, a transformative Web3 connectivity company, announced that the company has been awarded Patent No. 11,271,851 related to the Syntropy Decentralized Autonomous Routing Protocol (DARP). This newly issued patent is a key part of Syntropy’s patent strategy to protect its innovative use of blockchain to create an enhanced data routing protocol for Web3. This patent also paves the way for the other related Syntropy patent applications to be approved.

Marketing Technology News: Owly Disappears from the Hootsuite Logo to Showcase the Emptiness of a #WorldWithoutNature

Syntropy, a transformative Web3 connectivity company, announced today that the company has been awarded Patent No. 11,271,851 related to the Syntropy Decentralized Autonomous Routing Protocol (DARP). The patent will be officially issued on March 8, 2022.

Today’s internet routing protocols typically do not take network performance into account when making routing decisions, meaning traffic isn’t delivered along the fastest possible path, nor can it make dynamic decisions to avoid areas of congestion. Syntropy’s new patent titled, “System and Method for Autonomous Selection of Routing Paths in a Computer Network,” provides a decentralized system that continuously measures latency in computer networks and can dynamically route packets along better performing paths minimizing latency as it crosses networks on its way to its destination.

The Distributed Autonomous Routing Protocol (DARP) is a protocol that enables a group of decentralized network-connected devices to determine the optimal path data will take across networks, by forwarding data through an intermediary. This enables latency sensitive applications like internet gaming, real-time interactive voice and video communication, and other emerging Web 3 applications to perform better for end users.

Bill Norton, one of the co-inventors and co-founders of Syntropy shares, “DARP has identified better network paths in up to 70% of all paths we studied. The more heterogeneous the underlying internet, the more optimizations we find. When we run DARP over the public internet we find tons of better network paths that our users can leverage. This patent and the ones to follow secures this innovation for our community and its future growth.”

Jonas Simanavicius, also a co-founder and co-inventor at Syntropy adds, “Everyday thousands of enterprises struggle to secure their networks. It is a real headache, requires vigilance, expertise, and the stakes are very high. Our blockchain-based technology automatically secures, optimizes, and manages enterprise overlay networks using a simple point-and-click application. Our patent portfolio strategy protects the Syntropy stack and underlying technologies as well as prepares us to decentralize internet routing space in the blockchain era.”

This is the first of a set of foundational patents filed that protect this new technology on behalf of the community of developers, stakeholders of the Syntropy blockchain, and users of the Syntropy ecosystem. The Syntropy ecosystem brings industry-grade encryption and DARP optimizations to the transport of every data packet. Enterprises use this technology today to automate the creation of high-performance private networks over the public internet. This patent will be officially issued on March 8, 2022 and demonstrates Syntropy’s continuous investment to offer a transformative, decentralized internet framework while delivering a heightened level of security, performance, privacy, and reliability.

Disney+ to Introduce an Ad-Supported Subscription Offering in Late 2022