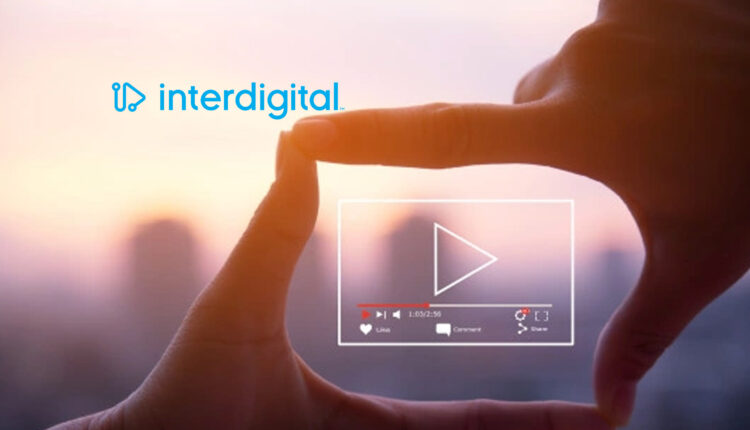 InterDigital, Inc, a mobile and video technology research and development company, today announced it has become a member of two Indian standards and industry bodies—Telecommunications Standards Development Society, India (TSDI) and Broadband India Forum (BIF). India is one of the fastest growing wireless markets, and InterDigital’s membership to these associations will support the region’s wireless evolution, with ongoing research and development across video, 5G and 6G technology.

India has become one of the fastest growing wireless market in the world, with growth topping 14% some quarters. Not only does it have high data usage rates thanks to vast video consumption on mobile, but according to local operators’ latest quarterly results, only approximately 50% of the population are 4G data subscribers. With huge subscriber and usage growth on the horizon, India’s existing 2G and 4G LTE networks will not meet the demand. The upgrade to 5G networks is expected to take place in 2022, and building network infrastructure that can support huge subscriber growth, along with high data consumption, is key.

InterDigital has joined TSDI to support the development of India’s wireless and video markets. As a key contributor to 5G and 6G standards, InterDigital’s technical expertise will support the region’s upgrades to 5G and beyond. In addition, InterDigital’s innovations in compression technology and expertise in broadcast video will allow the company to collaborate with local providers and aid India’s migration to High-Definition mobile video.

InterDigital’s membership to BIF will allow the company to collaborate with global and Indian ecosystem players on the deployment of mobile wireless broadband, including policies that enable future growth.

“India is one of the world’s most exciting wireless markets. With much of the region operating on 4G technology, it is a huge undertaking to upgrade to 5G networks, especially considering the high data volumes of subscribers. But we’re only just scratching the surface—around half of the population are not 4G data subscribers, which means having network infrastructure that can manage this staggering growth trajectory is crucial,” said William J. Merritt, President & CEO, InterDigital. “Our technical expertise in wireless and video is perfectly aligned to help India in its ambitions to overhaul its networks and upgrade to the latest technology, especially as InterDigital continues to lead and support research and development in 6G.”

TSDI is a standards development organization for telecoms and ICT services in India. Established in 2014, TSDI is dedicated to enhancing communications in India by improving peak data rates. Its work over the coming years will be exploring cost-effective 5G deployments and cloud interoperability technologies, along with the future standardization of 6G.

BIF, established in 2015, is an independent policy forum and think-tank that works for the development and enhancement of India’s broadband ecosystem. Its current members include internet service providers, OEMs and technology players such as Apple, Google, Qualcomm, and AT&T. Its focus is on licensing and the development of technologies such as 5G, satellite communications, networks and spectrum.

Sisense Inc. Recognized as One to Watch in Snowflake’s…

Ransomware Attacks Have Nearly Doubled Since 2020, According…