CTV Impressions Rise 23% in Q1 as Advertisers Fully Embrace the Channel, According to Extreme Reach Report 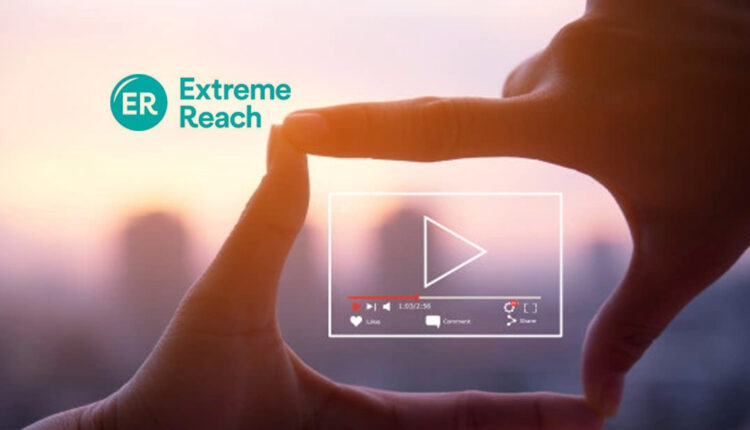 The world of digital video advertising is evolving at a rapid pace, and the latest findings from Extreme Reach (ER), the global leader in creative logistics, show a distinct shift in how advertisers reached consumers during the first quarter of 2022, portending a potential year of transition across the market and return to pre-pandemic levels across the media mix.

-At 38% share of impressions, CTV led all other devices in impressions served in Q1, up 23% from the previous quarter’s 31% share of impressions.
-Part of CTV’s bounceback was the sheer number of advertisers utilizing the channel in Q1. ER found that for 67% of its advertisers, CTV accounted for between 50 and 100% of the total ad mix.
-An inverse correlation between the share of impressions going to CTV and those going to mobile in-app, is seen in the data. Advertisers who focus heavily on CTV impressions are notably low in mobile in-app and those who devote a smaller share to CTV are notably high in impressions on mobile-app.
-Mobile in-app impressions have been steadily increasing since Q1 of 2021, rising from 22% to 26% in Q1 2022, a change of 18%.
-30-second ads have become the dominant choice for advertisers, accounting for 91% of all impressions served in Q1. That’s the largest share of impressions for 30-second ads ER has ever recorded in the history of its benchmarks report that began in Q1 2016.
-Video completion rates for 30-second ads increased from 75% in Q4 2021 to 79% in Q1, a sign of even stronger viewer engagement.
-The rebound for CTV came partially at the expense of desktop, which decreased 14% quarter-over-quarter, and now, at 19%, accounts for the smallest share of video impressions served since Q4 2019, potentially indicating that desktop video advertising is returning to pre-pandemic levels.
-The total number of impressions served to premium publishers grew in Q1, increasing 17% over the previous quarter, to 49%. Media aggregators, however, at 51%, led premium publishers for the fourth consecutive quarter.

“Since 2018, CTV has led other devices in share of impressions,” said Mary Vestewig, VP of Digital Account Management at Extreme Reach. “When we look at the media mix across ad serving clients, regardless of volume of impressions, we see that for 67% of our advertisers, CTV accounted for 50% to 100% of the total ad mix in Q1. This seems to indicate that we’re seeing a return to pre-pandemic levels across all devices. Of course the video ad market changes constantly in response to shifts in consumer behavior, but as more streaming services adopt ad supported models, we anticipate that CTV will only grow larger.”

ER has also revealed its full year video benchmarks for 2021, including:

Tray.io Cracks the Code on Hyperautomation for the…