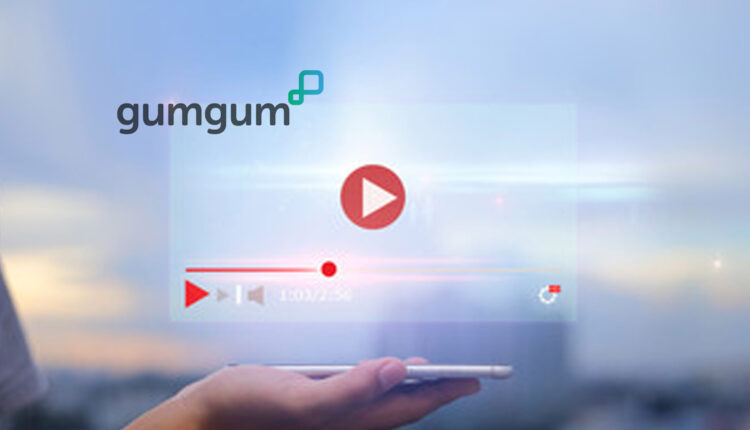 Overlay ad-insertions are not new in the CTV environment, but have always been a manual process. These two patents automate the insertion workflow by leveraging GumGum’s SSAI software to create dynamic overlay inventory post-production for video streams, both on-demand and live video. Ad overlay inventory is inserted automatically into the tech stack creating a simple programmatic work flow that is scalable and more efficient.

“These patents build on the technology used in typical SSAI workflows, but what we’ve done is automate the use of SSAI for overlays ads which includes the determination of where to place ad markers, the process of combining ads with segments of the video stream, and ultimately replacing those segments,” said patent co-inventor Ken Weiner and Chief Technology Officer at GumGum. “We also know overlay ads are extremely effective on channels like CTV, and these patents offer a time-saving, automated way for publishers to monetize overlay ads across video streams.”

“Consumers today are increasingly rejecting TV ads—often ignoring them or skipping them outright—and we know that ad fatigue is a real issue, especially among Gen Z audiences,” said Phil Schraeder, CEO of GumGum. “These patents offer advertisers the opportunity to have their ads contextually placed in a non-intrusive way in CTV environments. Instead of interrupting a viewing experience, an advertiser is able to add value and ensure that their message resonates with a consumer in the exact moment. Automated overlays should be a no-brainer for brands seeking to stay ahead of the curve to connect with CTV audiences.”

The two patents are part of GumGum’s larger efforts to continually offer proprietary, cutting-edge technology to the digital advertising landscape, and these patents will assist those looking to advance their reach by investing in overlay advertisements. More patent specifics are below:

Consumers Look to the Metaverse for Deeper Connections

TapClassifieds Announces Partnerships With Google and…