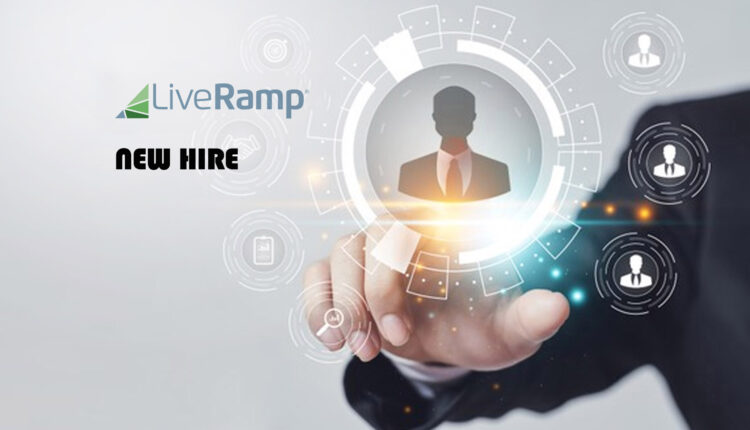 “Diego has a deep understanding of the unique space we serve between data, platforms and applications, and has been integral in helping customers navigate the dynamic and complex data ecosystem in which we operate”

“Today’s announcement underscores LiveRamp’s commitment to both hiring and fostering world-class executives. We invest heavily in the professional development of our team and view the impressive opportunities our leaders pursue as evidence of the incredibly deep bench of talent we have built,” said LiveRamp CEO Scott Howe. “Diego is a highly motivational leader and embodies the technical expertise, business acumen and focus on execution needed to oversee LiveRamp’s commercial organization. Grant brings proven entrepreneurial expertise and a unique perspective on strategic business growth to his new role. We look forward to continuing to benefit from Diego’s and Grant’s valuable contributions in these expanded roles.”

Since joining LiveRamp in 2014 as one of the earliest salespeople, Panama has been integral to the evolution of the company’s sales team and growth strategy. In his most recent position as senior vice president of revenue, Panama led LiveRamp’s commercial and strategic partnerships with all customers and prospects, including serving as the interim leader of the commercial organization since April 2021.

“I am honored to assume the role of chief commercial officer at this exciting time in LiveRamp’s history,” said Panama. “Our customers have always been at the center of our business, and in today’s rapidly evolving environment, the role we play in helping them use data to remain competitive has never been more critical. I believe the opportunities ahead for LiveRamp and our customers are enormous, and I’m eager to continue working with our talented team to ensure we’re ideally positioned to reach our full potential.”

Panama succeeds James Arra, who successfully led LiveRamp’s commercial organization for over seven years before deciding to create a new role leading the company’s cloud partnership strategy, one of its most important long-term initiatives. Arra has been working closely with Panama to ensure a smooth transition.

“Diego has a deep understanding of the unique space we serve between data, platforms and applications, and has been integral in helping customers navigate the dynamic and complex data ecosystem in which we operate,” commented Arra, head of cloud partnerships and former chief commercial officer at LiveRamp. “Importantly, LiveRamp’s bookings momentum is only accelerating, as fiscal 2021 second-half bookings were up more than 50% year-over-year.”

During his tenure, Panama has been integral to the evolution of LiveRamp’s sales organization and growth strategy. Panama also plays a crucial role in expanding LiveRamp’s Diversity Inclusion and Belonging (DIB) initiatives. He sits on the company’s DIB Council, serves as the executive sponsor of the LatinX Employee Resource Group and mentors several individuals inside and outside the organization. A customer-centric and analytical leader, he spent the early part of his career working in product, including a role as product manager at Microsoft where he helped launch the programmatic advertising business. Panama grew up in El Salvador before coming to the U.S. to study mathematics and economics at Yale. He went on to receive a master’s degree from MIT where he focused his studies on data, analytics and disruptive technologies.

As EVP of emerging markets, Ries leads the expansion of LiveRamp’s presence into new business sectors outside of advertising and marketing. He previously was head of LiveRamp B2B, and also oversaw LiveRamp’s growth business, including TV and LiveRamp’s Data Marketplace. Ries joined LiveRamp following the 2018 acquisition of Pacific Data Partners, a company he co-founded that was a leading digital advertising B2B data marketplace. Ries was also co-founder, board member and CRO of BlueKai, which built the world’s largest consumer data marketplace and data management platform (DMP). Oracle acquired BlueKai in 2014 and Ries served as vice president of the Oracle Data Cloud, a global business unit he co-launched. Ries earned bachelor’s and master’s degrees from the University of Washington.

Gartner Says Marketing Budgets Have Plummeted to 6.4% of Overall Company Revenue in 2021