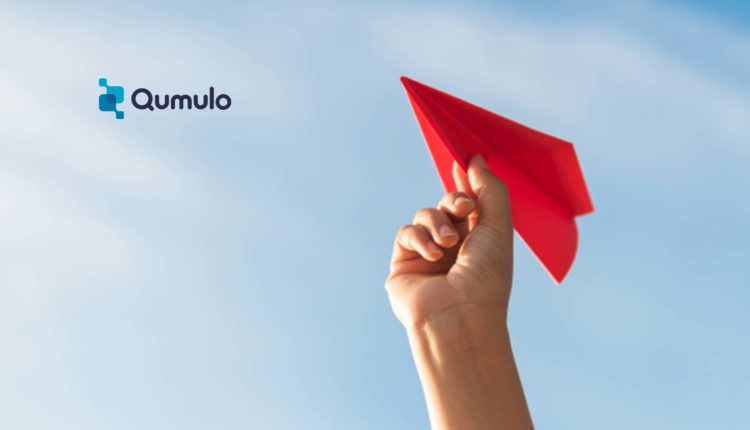 Qumulo, the leader in enterprise-proven hybrid cloud file storage, announced the release of Qumulo Hybrid File Software v3, ushering in the new decade with the security, scalability and simplicity of data insights necessary to make hybrid cloud and multi-cloud environments a reality.

“Data insights are critical to innovation and business success,” said Ben Gitenstein, vice president of product, Qumulo. “The release of Qumulo’s Hybrid File Software v3 makes it simple to consolidate an entire organization’s unstructured data, gain visibility into the information, and move data to the applications that will leverage it, wherever it resides, on-prem or in the cloud.”

Encryption of a company’s data is a crucial concern and, in many instances, is required by government and industry regulations. Qumulo now provides encryption of data in-flight via SMBv3 and encryption at-rest on HPE’s Apollo appliances.

Role-based access control (RBAC) policies allow administrators to manage who has access to and control of the system and the data. Using the API, policies can be programmatically copied to multiple clusters on-prem and in the cloud, making it simple to secure user access across hybrid environments.

Backing up multiple petabytes of data has historically been a prohibitively time-consuming and expensive process. Qumulo’s v3 software release has built-in data protection capabilities, available at no additional charge, that enable customers to avoid the costs and management complexity of a separate backup application. Qumulo’s integrated data protection leverages snapshot replication to backup data from the original cluster to a secondary location, either on-prem or in a choice of clouds.

Qumulo led the file storage market when it introduced the first all-NVMe scale-out file storage platform in 2017. With its v3 software release, Qumulo has further optimized its software to both deliver high performance for small file data sets. These performance optimizations are delivered within a single software release that runs natively in the cloud or on a wide range of commodity hardware, accelerating workloads both on-prem and in the cloud.

NVMe adoption is accelerating rapidly as performance-driven users and applications increasingly consolidate their workloads on Qumulo’s software. In response to the demand for increased capacity on NVMe, Qumulo is introducing the new P-368T platform. The P-368T is a dense, 2U platform that provides 368TB raw capacity per node and scales to more than 36 petabytes of all-NVMe storage in a single cluster.

Real-time visibility and integrated analytics have been a core advantage that Qumulo has provided to users since its initial launch in 2015. The v3 release delivers an enhanced user experience and additional capabilities, including snapshot capacity usage and latency by IP address, to ensure application performance is optimized.

Data sets have grown at breakneck speeds. To efficiently manage a large number of users and a wide variety of applications, and to provide the business with data insights, an organization’s infrastructure must be managed by software, not manual processes. Qumulo has expanded its API capabilities to automate all of the new v3 feature capabilities, maximizing system administrators’ time and efficiency.

Scalability limitations of legacy file systems have caused data sprawl and data storage efficiency challenges for years. These challenges have extended into limitations of cloud-native file systems and legacy file systems as they have tried to integrate with the cloud. Qumulo’s software was designed from the ground up to leverage 100 percent of the provisioned capacity, to store large and small files efficiently, and to run natively on cloud infrastructures. The v3 software release was tested on 100-node clusters to further demonstrate scale capabilities to over 36 petabytes in a single cluster.

Antitrust And The Future Of Tech: Dogtown Media CEO…

Integrate Names Kristy Pipes to Board of Directors

Napkyn Analytics Recognized As One Of The America’s Fastest…