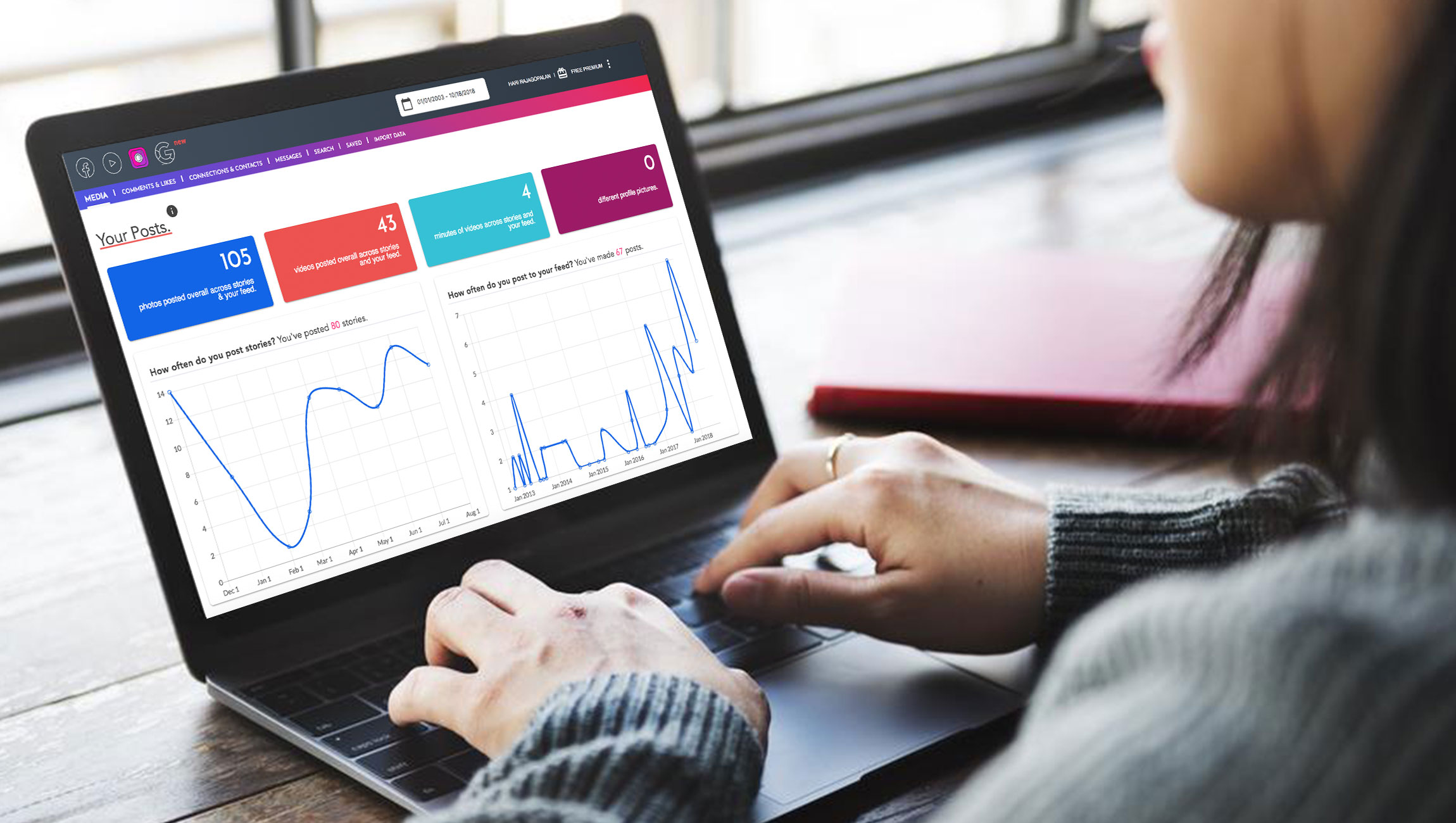 In May 2018, GDPR, a new consumer data regulation went into effect. Companies like Facebook and Google, which have been amassing user data through the Internet boom now have to provide European citizens access to the data they store. Many companies have adopted this regulation for their users globally.

Google has a globally accessible takeout service and Facebook allows users to export their data from their settings.  Many consumers we surveyed actually didn’t know about the existence of these features.

The hey.ai team has leveraged this regulation to build an analytics service to help users analyze their data. The raw data dumps these platforms provide are typically in JSON/CSV/HTML format and often difficult to make sense of. Hey.ai‘s platform crawls through the raw data, and provides easy to understand insights.

Apple introduced Screen Time usage with iOS12 and Instagram introduced a new feature to help users see when they’ve reached the end of their feed. Digital health is becoming a priority for both big tech companies and consumers. Hey.ai is taking digital health one step further with detailed analytics and insights of interactions and content on platforms.

GDPR regulations represent a huge opportunity for startups. The next wave of innovation: AI first products will be data-driven, and this regulation allows startups to compete with existing giants.

Hey.ai found during their beta that the average user had over 500MB of uncompressed Facebook data and over 10GB of uncompressed Google data. After realizing that some of the data files were so large that they caused memory crashes, they decided to build an analytics platform to answer questions about user data. From Hari, founder of hey.ai: “I realized Facebook had over 10 years of my life events, and I had a lot of questions about myself. I began asking my friends what they wanted to know about their Facebook and Google data, and built an analytics platform to answer those questions.” Hey.ai now has hundreds of users who have imported their Facebook, Google, YouTube, and Instagram data and discovered interesting insights about themselves.

The team behind hey.ai previously co-founded Chatbase at Google’s Area120 incubator. With every new paradigm, analytics is a consistent innovation. GDPR represents a new paradigm, and hey.ai is one of the first services to leverage this change, but they won’t be the last. Hey.ai plans on making money by charging users for premium insights and features as well as analytics on premium only networks. They’re currently focused on supporting secure, encrypted analytics for English speaking platforms.

Audience Unleashed Levels Up the Podcast Industry With…

Aluma: 70% of Online Adults Who Have Engaged Shoppable TV…