More Than Half Of People Globally Fear The Worst Of The Pandemic Is Still Ahead And Are Looking To Business To Lead, According To New Survey 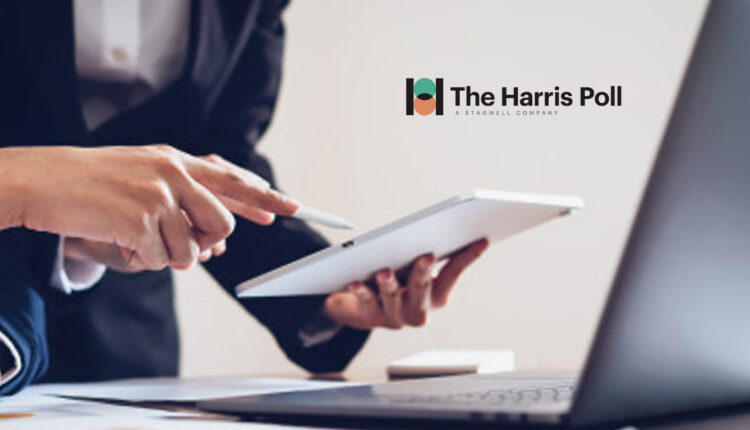 The Milken Institute and The Harris Poll released their annual findings of an extensive global study into the state of people’s lives called “The Listening Project”, which finds that more than half (56%) of people around the world believe the worst of the pandemic is still ahead.

The surprising finding comes as COVID rates continue to decline and economic growth has resumed in many parts of the world, highlighting both the wide reach of devastation from the pandemic and the disparity in resources among ordinary people to feel confident about their future. As a result, rapid deterioration of public trust in leaders and institutions threaten to undermine global confidence in the recovery.

In survey responses, citizens tell of economic hardships that were worsened by the pandemic and persist despite record economic relief measures. In the global survey of nearly seventeen thousand people in twenty-seven countries (comprising 81% of global GDP on a nominal basis*), seven in ten citizens (70%) say their economy is weak, while less than one quarter (23%) say their personal financial situation is improving. More than three quarters (80%) fear a global recession is looming, while (64%) of all employed citizens fear losing their job.

“The ‘Pandemic’ is a catch-all for people’s persistent feelings of economic and social dislocation, which if left unchecked threaten to not only undermine the recovery, but further widen the gaps in equity and opportunity”, said John Gerzema, CEO of The Harris Poll

Despite easing of COVID restrictions, two-thirds (67%) of people around the world are still worried to resume normal public activities because of the delta variant and lack of access to vaccines, where (70%) trust vaccines but say they cannot access them. Strong majorities of citizens say the pandemic amplified the lack of access to healthcare and social services (78%), while amplifying food and water insecurity (58%), access to education and job opportunities (56%), equality and fairness (48%) and hastened the threats from climate change (48%).

Leadership and Institutions seen as indifferent, apatheticCriticisms of their government’s ability to contain the pandemic has contributed to further loss of faith in government leaders. Public support for governments’ handling of the pandemic declined thirteen percentage points from (74%) in 2020 to (61%) today, while over a third (35%) say the distribution of vaccines in their country made them trust their government even less.

Adding to global pessimism is the belief among more people that their leaders are indifferent to their suffering. In 2020, (60%) of people globally said, “Government leaders in my country care more about their citizens than they used to,” but today, that number dropped to just under half (49%). Across ten most important social challenges identified by citizens in this research, “indifference and apathy” was the number one obstacle to solutions.

As a result, nearly half (44%) of all citizens say they do not trust their Presidency/Head of State.  And more than half (51%) say they distrust their criminal justice system, (60%) social media, (50%) lawmakers, and (43%) television news.

Divided we stand and on the wrong track

Adding to anxieties are political and cultural divisiveness. Six in ten (59%) of citizens say their country is less united than before COVID-19. And more than half (54%) of people globally say their country is on the wrong track (an increase of 13-pts from the height of COVID in July of 2020). Higher correlations of ‘wrong track’ perceptions were linked to higher levels of national division including for example the U.S. where (46%) describe the U.S. as on the ‘wrong track’ and (69%) say it is “less united”.

Business is asked to helpFor the second year, The Listening Project found high levels of respect for business across industries with three-quarters (76%) of global citizens saying that business has the same or better impression than 2020 (the average level of trust and esteem in 2020 was 77%). Also, over half (54%) say they trust companies more than government to find solutions on COVID-19 while (60%) believe companies have been more reliable than the government in keeping my country running during COVID-19.

“Businesses are often ahead of governments—there’s a nimbleness to business that the bureaucracy of government often precludes. Whether it’s leading on DEI policies or addressing climate change, employees and customers alike seek an alignment of value systems with the organizations with which they interact, and the pandemic has only strengthened these affinities,” said Rich Ditizio, president of the Milken Institute.

Solving social issues, a boon for businessAmid an era when speaking out has been politically toxic, citizens both support social involvement of business and expect their leaders to do so: Nearly two-thirds (62%) of people globally say there is more reward in a CEO speaking out on social issues and (67%) say CEOs being more active in expressing their own political views or those of their company is good for the company.

The Milken Institute and The Harris Poll will announce results from “The Listening Project” during the opening plenary for the Milken Institute Global Conference on Monday, October 18. Additionally, John Gerzema of The Harris Poll will break down findings further during a session on Tuesday, October 19. To watch Monday’s session, please click here. For Tuesday’s session, click here. Follow along on social media with #MIGlobal.

Atos and VMware Join Forces to Help Organizations and…