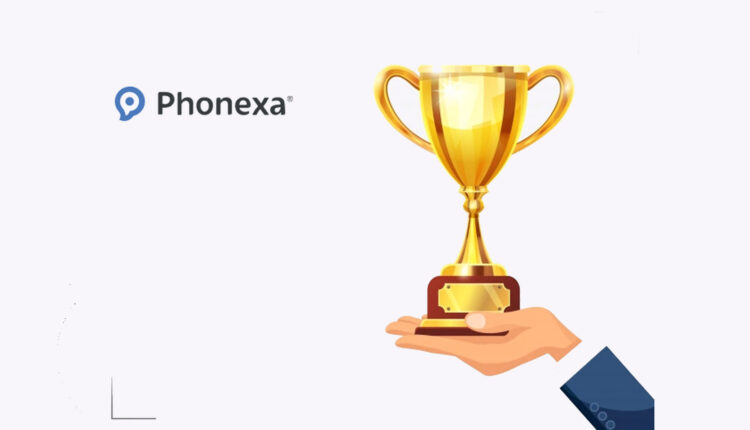 Phonexa’s unwavering commitment to the growth of Glendale and its tech scene was recognized during Glendale Tech Week’s closing awards ceremony and Pitchfest on Sept. 22, as the software company won two awards.

“Phonexa was born in the heart of Glendale, and these recognitions are evidence of the lengths the city has gone to cultivate an ecosystem of tech innovation and entrepreneurship of all types,” said David Gasparyan, President and CEO of Phonexa. “I know that Glendale is creating a promising path to becoming California’s latest and greatest tech hub, and it’s a great feeling to be a prominent part of that movement. I’m proud to be a Glendale resident, and look forward to leading innovation in our city for years to come.”

Phonexa’s culture has been cultivated by a diverse staff that embraces innovation and inclusion. The company has been recognized as a “Great Place To Work” in back-to-back years.

Community service is just as critical to the company as tech. Phonexa marked the reopening of California this summer by honoring the Glendale police and fire departments, city council, and the school district with an awards luncheon.

Most of the initiatives that have transformed and shaped Phonexa’s company culture and Glendale alike have been led by Karaoghlanian and the marketing team.

“I am humbled to have received the 2021 Glendale Young Entrepreneur Award from the City of Glendale and Glendale Tech Week,” said Karaoghlanian. “Long before I knew what an entrepreneur was, I shadowed the best one for 25 years. My father came to the United States after the age of 30 and built one successful business after another. I learned everything I know from him — and now that I’m weeks away from becoming a father myself, I look back on everything I’ve learned and everything I look forward to teaching my own son.”

Glendale is home to nearly 1,000 tech companies and startups, and it employs over 40,000 tech professionals that generate a total of $5 billion in sales each year, according to data released by the city of Glendale.

Glendale Tech Week was formed in 2017. After a virtual iteration last year, this year’s event took place at the recently built Hero House.

Out of a group of nine participants during Pitchfest, Mirianas Chachisvilis was announced as the winner, securing $150,000 in funding and professional services to further develop VeriSkin, a non-invasive medical device capable of detecting skin cancer.