Parks Associates: Disney+ and Apple TV+ Both See Success During First Six Months in the Market 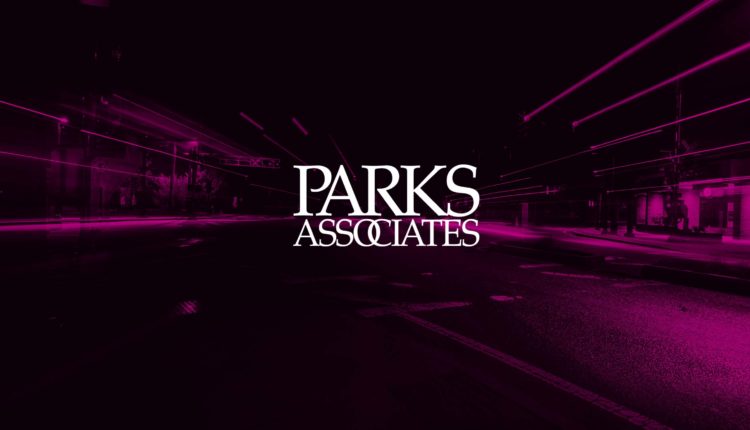 Parks Associates released research from a recently fielded consumer survey showing new OTT services Apple TV+ and Disney+ have captured significant market share in the streaming video space, rounding out the top five behind the “Big 3” Netflix, Amazon Prime Video, and Hulu. The research firm’s Market Snapshot: Disney+ and Apple TV+ highlights the impact of the entry of Disney+ and Apple TV+ in OTT market, including insights into the factors driving their growth.

Disney+ has skyrocketed to 25% adoption among US broadband households after just six months in the market. Apple TV+, which launched around the same time, has reached nearly 10% adoption. Disney+ and Apple TV+ are fourth and fifth, respectively, among SVOD services adopted by consumers.

Data presented in this Market Snapshot were drawn primarily from an online survey of more than 10,000 consumers fielded between March 8th and April 3rd to heads of broadband households, after the COVID-19 crisis had begun in the United States. Additional data from the market snapshot:

“Disney took a broad-based content approach to its Disney+ service, including its Pixar, Stars Wars, Marvel, Nat Geo, and 20th Century Fox properties to make it broadly appealing, far beyond its traditional audience of families with young children,” said Steve Nason, Research Director, Parks Associates. “Very few Disney+ subscribers subscribe only to this service, so households are not picking up Disney in place of another service but adding to their home’s other OTT services. We will see, as household budgets tighten up, if Disney+ has done enough to become an ‘essential service’ for its subscribers.”

Disney+ also benefited from promotions such as the introduction of the Disney+/Hulu/ESPN+ bundle and its partnership with Verizon where unlimited mobile subscribers and new internet subscribers get a free year of the service.

“Apple TV+ promoted a small stable of original programming and is now looking to supplement that with more third-party content,” Nason said. “Apple TV+’s growth is due largely to a free year of service for those who recently purchased an Apple device, which brings the firm’s brand loyalists into the service. Apple TV+ does have a higher percentage of exclusive non-Netflix subscribers, plus a higher number of households that recently cancelled another OTT service, so it appears Apple does have a core group of dedicated subscribers. Apple’s challenge is to expand beyond that group.”

Animoto Survey: How Video is Streamlining Communication for Internal Teams