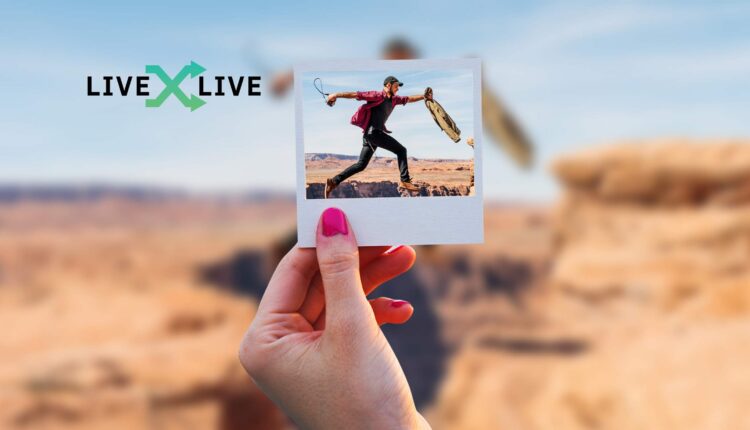 LiveXLive Media, a global platform for livestream and on-demand audio, video and podcast/vodcast content in music, comedy and pop culture, and owner of PodcastOne, Slacker Radio, React Presents and Custom Personalization Solutions (“CPS”), announced today that actress, singer and Tony nominated Broadway star, Laura Bell Bundy, is releasing the music video to her newest single “American Girl” featuring Shea Carter on LiveXLive. The exclusive premiere will take place, February 18, 2021 at 8:00 pm ET/ 5:00 pm PT, along with interviews and behind the scenes on LiveXLive’s original franchise of Music Lives ON as well as on demand.

“American Girl” is the third single off Bundy’s upcoming and highly anticipated album, Women of Tomorrow – the album will be released in the spring of 2021. “American Girl” was penned by Bundy, Shea Carter and Jeremy Adelman and features poignant thought provoking lyrics, highlighting the pressures of ageism, sexism, objectification and survival that American women are facing today. The video interpretation shows a woman breaking into the dream life and finding beneath the beauty and glamour is a dark void. The filtered version of a perfect life does not exist. The video was directed by Bundy, Joshua Noonan served as DP and it was produced by CNT Productions.

“‘I am thrilled to partner with LiveXLive to debut the ‘American Girl’ music video,” Bundy says. “The video is filled with symbolic imagery. We see a housewife handcuffed by diamond handcuffs to the vacuum that is sucking up money. Around her neck she has the keys to unlock them, but she chooses not to. She chooses the comfort of consumerism and patriarchy over true freedom like many women out there. There is additional symbolism laced throughout the video: she comments on her own fertility when she serves a fake man and child dinner and puts her deviled eggs in the freezer; she leaves bloody footprints from her Christian Louboutin heels because financially they bleed her dry; she jumps into a pool and credit cards fall in around her because she is drowning in credit card debt; she’s the head on a tiger print rug because she is just something to be walked all over; she takes a fire extinguisher to put the fire out which represents her own fire being put out by the life she’s choosing… A life we all feel we are breaking into and don’t deserve even when we get it.”

Bundy continues, “The video feels like a walk into the past, but it is just showing that as much as things have changed, they really haven’t. The same expectations of what it means to be a woman persist. We go into debt trying to become that woman too… financially and emotionally… leaving us empty and wondering why we are not happy.”

Dermot McCormack, President of LiveXLive, stated “Laura Bell Bundy will have an opportunity to maximize her new music video’s presence on all of LiveXLive’s platforms, including audio, video, social media takeovers and more. She is a truly an amazing artist across multiple verticals of entertainment, and we are honored Laura chose LiveXLive to debut her newest music video with us.”