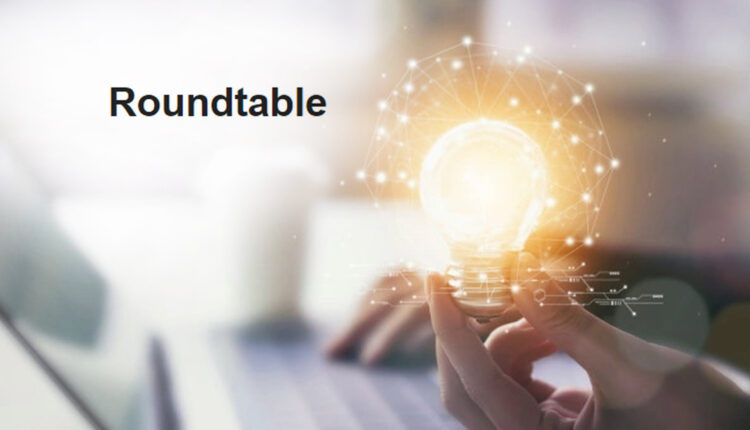 Visionary founders Brock Pierce, James Heckman and David Bailey have been the architects behind some of the world’s most important digital innovations and ecosystems, including global currency, digital media and advertising technology, reaching and changing the lives of millions, while creating billions in lasting value for investors and consumers. The trio now plan to combine their experience, relationships and innovative technical talent to empower, finance, distribute and monetize hundreds of the world’s top political and crypto/blockchain journalists, activists and passionate news producers. The tie to cryptocurrency will eventually be technical and structural, as the founders assert it as not just technology but a political movement towards privacy, self-sustainability and true liberty.

“The partnership will feature Bitcoin Magazine, which earlier this year launched a crypto content partnership with TheStreet, and will operate other independent news, politics, and blockchain focused sites within the Roundtable business”

Crypto/blockchain legend and Bitcoin Foundation Chair, Brock Pierce explained the intersection of Crypto and Politics: “Blockchain followers see the world differently, uninterested in old ideas. We believe we can reverse what has become a divisive tone that dominates American politics and media. That alone is worth our time and resources. We will launch with a foundational audience of revolutionary consumers, open-minded, positive people, who are not tied to any party or fixed point of view,” said Pierce. “We believe in a brighter future, created in an open, fair, free media marketplace, where the value of ideas are determined by the people – rather than a centralized newsroom, which today are using censorship and personal attacks to drive their narrative. We’re all-in on saving the world from this polarization.”

Serial digital entrepreneur James Heckman outlined the advantages of the new venture. “Our combined resources, architectural head start, track record and brilliant content partners create a big head-start but our motivation is our biggest asset. Our core mission is to empower, protect and unify journalists and activists, while restoring civility, so the people are served and educated, rather than used as political marketing targets. We believe inspired journalists want to rejoin the side of the people they are tasked to serve, and we’re here to empower them.”

BTC Media CEO and Bitcoin Conference owner, David Bailey, completed the partnership with Heckman and Pierce during the largest blockchain conference in history last week, in Miami, Florida. “As a board member of Maven, I watched this business model create a unified audience of over 100 million quickly, and we believe we will repeat that success. Not just on core business metrics of audience and revenue, we are committed to providing the world with an ecosystem of great thinkers, journalists, and political activists, to turn around what we believe is a media industry that has lost its way. Our Bitcoin Conference was incredibly motivating, seeing thousands of leaders come together from all points of view, to change the world for the betterment of all people. Our partnership is driven by idealism, and backed by decades of sustainable, huge scale businesses and ideas. I couldn’t be more excited to be part of this partnership.”

Roundtable offers an opportunity for courageous journalists, activists and community leaders to bring their passionate, intelligent, and often contrasting perspectives to a roundtable conversation as the antidote to the de-platforming and censorship prevalent in most traditional media platforms today. Through an equal and fair revenue sharing model, these pioneers will run their own media business within Roundtable, backed by world-class infrastructure and experience. This announcement is also an invitation to the brilliant and most inspired thought leaders across all areas of the political spectrum and Crypto community. Our team is curating positions within Roundtable now, and looking forward to reviewing proposals.

The founders bring to the venture a significant capital pipeline; existing crypto media assets and relationships; Brock Pierce’s venture ecosystem; and a network of sites already developed on Maven – which will all pivot to Roundtable, notably Bitcoin Magazine, several affiliated properties and an already developed political network. Roundtable will utilize Maven’s digital media platform, which serves publishers reaching over 100 million consumers each month, and powers Sports Illustrated, TheStreet and hundreds of independent websites. The new venture recently agreed to a long-term distribution, advertising and technical infrastructure partnership with Maven, which should accelerate RTN’s path to profitability and scale.

“We are pleased to announce our partnership with Roundtable, utilizing our technology and platform services,” said Ross Levinsohn, CEO of Maven. “The partnership will feature Bitcoin Magazine, which earlier this year launched a crypto content partnership with TheStreet, and will operate other independent news, politics, and blockchain focused sites within the Roundtable business,” he added. “James Heckman is a dynamic and visionary leader, who founded and architected Maven’s business, leading to its growth, and I know his leadership, alongside his pioneering partners, will bring Roundtable to life as a home for independent voices.”

Brock Pierce
Founder, Chairman
Brock Pierce is an independent political thought leader, a cryptocurrency and blockchain technology pioneer, a venture capitalist, philanthropist, and a critically-acclaimed Disney childhood actor, whose global influence has expanded opportunity for millions. Pierce is the Chairman of the Bitcoin Foundation and the co-founder of Block.one, Blockchain Capital, Tether, and Mastercoin. Pierce has been accredited with establishing marketplaces for digital currency which have brought opportunity and wealth to millions across the globe. Pierce has lectured at some of the nation’s most prestigious institutions, the Milken Institute Global Conference, International World Congress, and has been featured by the New York Times, Wall Street Journal, and Fortune. Pierce was on the first-ever Forbes List for the “Richest People in Cryptocurrency” and was a Independent Party candidate for President of the United States. Pierce starred in feature films such as “The Mighty Ducks,” and “First Kid.”

James Heckman
Founder, CEO, Director
James Heckman’s legacy is creating forever sustainable digital media businesses; every product architected since 1987 is still engaged with millions of consumers. Heckman’s most recent creation, Maven (MVEN), is a 100 million revenue and viewership public company, providing a platform for hundreds of media brands, including SI, History.com, and TheStreet. James served as head of global media strategy for Yahoo!, leading all significant transactions, including the landmark alliance with MSN and AOL. As CSO at Fox Interactive, he architected the first programmatic social ad platform, as part of the market-changing, $1 billion ad alliance between Google and Myspace and was instrumental in designing Hulu’s original business model. James also founded as CEO: ad platform 5to1.com (sold to Yahoo!); Scout.com (sold to Fox, then CBS); Rivals.com and Rivals.net (sold to Yahoo! post tenure and 365-Sports); and NFL Exclusive (official NFL publication network). Rivals, in particular, was revolutionary – the first large-scale social network and “blogging” platform. ​​

David Bailey
Founder, Director
David is the CEO of BTC Inc and Bitcoin Magazine. As the first dedicated media outlet for digital currency, BTC Media has been providing mission-critical intelligence since 2011 for hundreds of companies, from Fortune 500 corporations to Silicon Valley startups. Previously David was the CEO of The Distributed Ledger, a board member of the Po.et Foundation, a board member of Maven, and a Founding Partner at 402.digital, one of the earlier cryptocurrency hedge funds, launched in 2016. Bailey led the largest and most successful Crypto conference in history, Bitcoin 2021 in Miami, with over 15,000 attendees and global leaders across the worlds of politics, business, celebrity and crypto.

Marketing Technology News: MagTek Launches The Qwantum Club to Deliver Privacy as a Service for Protection of Your…

CEOs and Business Leaders Are in the Dark About Their People…