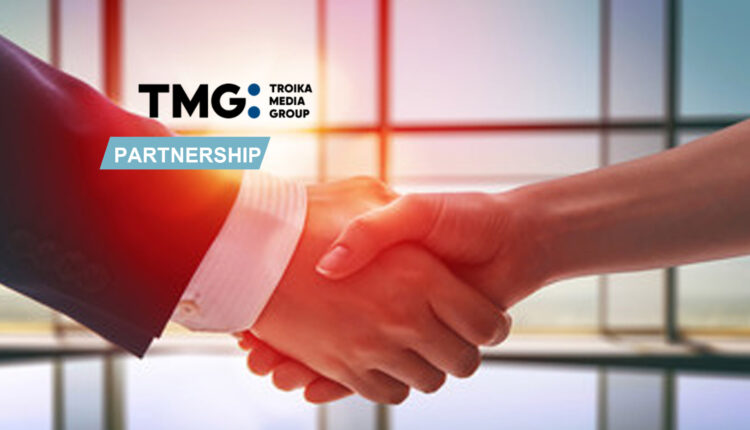 Troika Media Group, Inc., a brand consultancy and marketing innovations company that provides integrated branding and marketing solutions for global brands, announced that it will launch a new advertising campaign, in partnership with CAA Brand Consulting, on behalf of Wilson Sporting Goods Co., as the new National Basketball Association (“NBA”) official game ball for the 2021-22 season.

TMG was brought onto the Wilson assignment by Creative Artists Agency (“CAA”), a leading agency at the nexus of talent, content, brands, technology, sports, and live events, after having successfully worked collaboratively on several client assignments. CAA Brand Consulting, led by Creative Directors Alex Klein and Desmond Marzette, created a 360-degree Wilson Basketball campaign concept, Bonded by Ball, and engaged with Troika to bring the concept to life through design, animation, edit and post-production.

TMG was chosen by CAA and Wilson because of its strong global presence, proven sport brand-building capabilities, and storytelling expertise.

“One of the decisive factors in awarding TMG this assignment was the agency’s proven work over many years delivering exceptional results for clients,” said CAA Creative Director Alex Klein. “The team has consistently demonstrated a strong understanding of the strategic direction set forth by the campaign and we have been impressed by their strong creative prowess and innovative approach. We are excited about this collaboration with TMG and look forward to sharing how we collaboratively brought the Wilson Basketball brand to life in a new way.”

Working with Wilson, TMG is creating a sixty-second hero spot that is all about connecting people through the game of basketball. A key part of the storytelling, CAA and TMG developed an innovative format designed to feature Wilson Brand Ambassadors, 2020 NBA All-Star Trae Young, 2016 first-round NBA Draft Jamal Murray, and three-time WNBA All-Star Liz Cambage.

The sixty-second hero spot and accompanying content vignettes will live throughout digital media, anywhere that basketball is played across the globe and launches July 1.

Wilson Sporting Goods Co., in partnership with the NBA, unveiled in June the league’s new official game ball in advance of the NBA’s 75th anniversary season.  Wilson’s NBA official game ball made its on-court debut at the Microsoft Surface NBA Draft Combine 2021, which took place Monday, June 21 through Sunday, June 27. The multiyear partnership sees the return of Wilson as the official basketball supplier to the NBA, a position that started in 1946 and lasted for 36 seasons. Wilson will also be the official ball for the WNBA, G-League, 2K League, and Basketball Africa League.

“Wilson Sporting Goods is one of the most iconic brands in the world with bold and trend setting leadership,” said Robert Machinist, Troika’s Chairman and CEO. “CAA’s longstanding leadership position in sports and entertainment has been inspiring as we’ve established our relationship and we look forward to sharing the power of the Wilson brand with the world.”

With the Constant Flux in Digital Advertising and AdTech Today: What Should B2B…