By Saad Al-Saraf, CEO at Mediareach 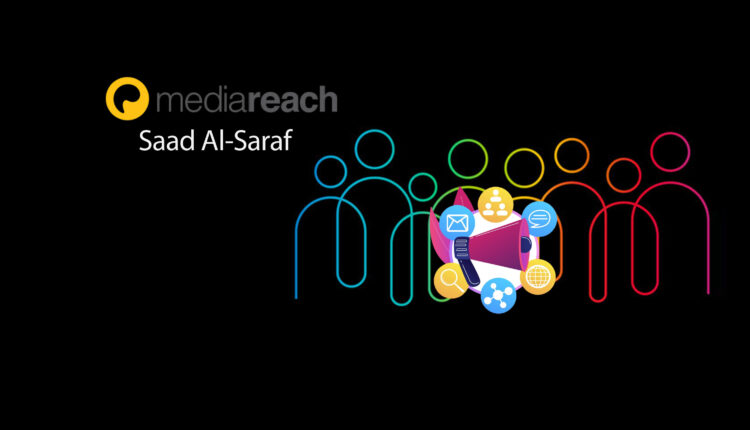 While inclusivity in advertising is undeniably important, if a demographic is poorly represented, it  can backfire and alienate an audience, rather than presenting a brand as forward-thinking and inclusive. This is an issue that is continually arising, particularly in light of the emphasis on the Black Lives Matter movement across the globe.

A recent study found that 51% of ethnic minorities feel TV advertising does not represent different cultures well enough, with 10% saying there is no representation at all. This lack of representation leaves less on-screen opportunity for those that come from different ethnic backgrounds to be portrayed in a nuanced or varied way. The same study found that 64% of ethnic minorities and 49% of white people would say they would feel more positive about any brand that showcases different cultures in its advertising.

Brands and advertising agencies must ensure that representation goes further than simply including ethnic minorities in campaigns and must seek to actively include them right from the brainstorming process, but how can this be achieved?

Do your due diligence

Simple mistakes can make a BIG difference and quickly repel ethnic audiences. When ethnic audiences feel that the advertiser hasn’t conducted enough research about their particular background or culture, they can feel alienated by the attempt to reach out to them.

A qualitative study from Lloyds pointed out a one-size-fits-all approach can cause issues. When ethnic groups were included in advertising, they were often shown with very little cultural difference and instead were regularly shown immersed in Western culture, e.g., sat together having Christmas dinner. According to the study, there seemed to be little attention paid to specific cultural heritage, so it’s important to understand where your audience is from and reflect their heritage in the most appropriate way possible – but how?

Involve minorities in the creation process

One of the key areas to look at is representation within the creative workforce. A recent report found that ethnic diversity within advertising agencies is at its highest recorded level but found that 97% of chair level positions such as Chief Executives and Managing Directors are held by white people, with only 1.9% being from an ethnic background. This number is well below the IPA target of 15%.

This might be a trickier issue to tackle in the short term, however, examining your company’s wider creative strategy and taking into account the decision-makers may not have the necessary, in-depth knowledge to market and appeal to ethnic audiences in an authentic way, could help to make a difference. Being open to the idea that your creative strategies and diversity goals can always be improved upon is a great place to start.

That being said, while increased diversity can be extremely positive for brands, it’s important to consider how these diverse teams will function in practice. If companies begin hiring more inclusively – while having little consideration of how to manage a culturally diverse team – they may be quickly accused of having made ‘token hires’. Brands and agencies should be aware that their efforts to create a more diverse workplace are part of a broader strategy, and not just a tick-box exercise.

To ensure organisations are following the right direction and catering towards their audience properly, companies need to involve the very same audience they want to target into the creation process. One company that made an effort in bringing ethnic minorities into the creation process was Transport for London (TfL).  TfL’s diversity in advertising competition promised £500,000 worth of free advertising across their network for a campaign that challenged stereotypical representations of ethnic groups and provided an “authentic” portrayal. The winner was lingerie brand Nubian Skin.

Its Founder and Chief Executive, Ade Hassan MBE, explained how her campaign sought to ensure black people feel included and noticed in advertising. “Nude is such an important colour in lingerie. But as a black woman, I could never find my ‘nude’ as it was always beige,” she said. “We want to bring a smile to people, especially black people when they see a campaign that doesn’t feature a token black person but is truly representative of us.”

TfL’s funding of the Nubian Skin campaign demonstrates how a diverse campaign should be executed. Its ads wanted to improve the quality of representation of ethnic minorities and ensure they would be at the front and centre of their campaign.

While Nubian Skin fine-tuned its campaigns and received positive responses for it, there are still brands that need to follow in the same direction. This goes beyond involving ethnic minorities on the TV screen or on a poster, rather they need to follow TfL’s approach and ensure they have ethnic minorities involved in the production, development and creation process of a campaign. A well-done campaign should focus on the quality of diversity and should ensure that inclusion doesn’t feel tokenistic.

Saad Al-Saraf is the CEO at Mediareach Advertising.