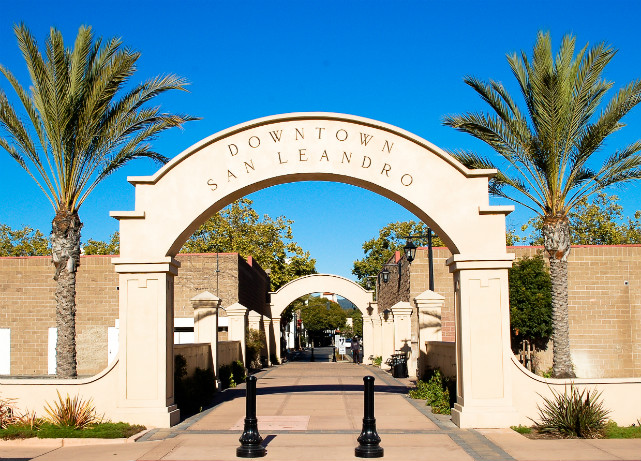 Its been a while since I was at Stanford, but it always feels great to be back on campus. We were recently invited to the Digital Cities Summit at Stanford University for a panel titled “Disruptors: Sensors, Real-time Data Analytics, Planning, and Optimization.” The panel was a great place to talk about the role of data analytics with respect to citizen participation and civic engagement.

The Digital Cities Summit at Stanford University brought together an elite group of ~200 global CEOs, SVPs, entrepreneurs, and policy makers. The goal of the conference was to illustrate how disruptive technology is changing the way citizens, government, and commercial organizations interact with each other to create new social contracts, business models, and behaviors in a digital urban environment.

We are a young company but we are unique in that we work across both the private sector and the public sector. With this goal in mind, at LotaData we coined the term “People Intelligence” to provide analytics and insights about people to cities and local government. As an alternative data startup that provides “People Intelligence” for smart cities and local government, we combine data science, machine learning, and predictive analytics to help cities understand “why people are where they are and what is on their minds”.

As a company policy, for each new problem our company solves in the private sector, we take on a new challenge in the public sector. We strongly believe that the technology community should engage more in civic innovation. Social impact should not be an afterthought. If each company in the private sector were to set aside 5% of their time, energy, and resources for civic innovation, we could realize the vision of smarter cities much faster than by just relying on government.

We were selected from hundreds of startups to partner with the local cities: San Francisco, San Leandro, Oakland and Sacramento to evaluate their data initiatives and build analytics for their daily needs.

Our initial launch was with the city of San Leandro across the Bay. They are a relatively small city, but they organize over 5000 programs, classes, events, activities and festivals each year. 13% of the population actively participates. If you extrapolate this nationwide, we are looking at 20M programs across US cities and 50M participants with average revenue of $35 per resident, earned by cities. These are non-trivial numbers.

The problem is that cities do not have the tools to collect, analyze and visualize the data from these programs. There is an urgent need for data-driven optimization of city programs and facilities, community centers, libraries, senior centers, parks, pools, tennis courts, softball fields, soccer fields.

In the end, it is all about people, local communities, social impact, creating better living spaces. We need more analytics and insights to identify underserved neighborhoods, underserved demographics and increase engagement. We need a deeper understanding of how residents engage with cities so that we can then predict future engagement. Data analytics and machine learning is going to be pivotal for this.

The challenge then becomes about how to get private companies to participate in open data initiatives for the greater good of citizens and cities.

By definition, any data in the public domain needs to be open and accessible, as long as it does not infringe on privacy. Just last week, we were invited to present at the White House smart cities roundtable. The main focus of the event was open data standards and interoperability. The CTOs and CIOs from the top smart city programs, with the largest budgets, were in attendance.

The current administration seems to have done a decent job with opening up data. Most cities now have open data portals with APIs. But cities need more data from multiple sources to be truly agile and responsive to the needs of their citizens. This is where public-private partnerships are critical.

Ride share companies are a great example. While the relationship between cities and Uber may have been tense, services like Uber, Lyft, Didi, Ola Cabs, are an integral part of the city’s fabric. They are in effect the largest sensor network for detecting movement in cities. They gather immense amounts of data about riding habits and commute patterns.

Along the same lines, LotaData brings mobile location data from the private sector, from ad exchanges and programmatic networks, data about people density and people movement, for the benefit of cities. This data is of course anonymized.

Private companies are not required to share data with cities and local government, but in return for regulatory acceptance, private companies would be happy to open their data. Public-private partnership will only accelerate the vision for smart cities and benefit our citizens.