Zomato Raises its Stake in Food Delivery Business; Buys Out Uber Eats in India for $350 Million in All-Stock Deal

Uber Eats India has ceased to exist. Reason: Zomato has acquired it from Uber for an unprecedented $350 million deal in the digital food delivery business category.

In a major development in the Indian food delivery business in India, Zomato has officially announced that it has acquired its rival Uber Eats. With this Uber Eats acquisition, Zomato has reaffirmed its position as a market leader in the food delivery business category in India. The acquisition validates how fiercely these competitions are shaping up in India, and Asia, in general. Uber Eats USA remains unaffected.

Players in the Market

Today, only 11% of the world’s population has access to food delivery platforms. However, signs reveal that the food delivery business is in an expansionist mode.

Frost & Sullivan predicts that by 2025, the revenues in the sector will reach $200 billion, chiefly due to increased penetration in countries like China and India.

Top players in the industry are listed as- 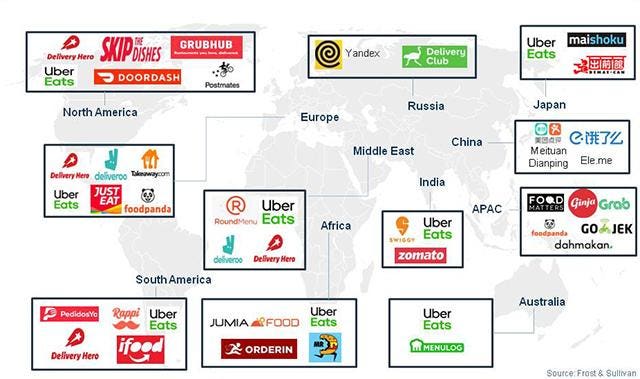 Zomato, one of the largest food apps in India, scooped Uber Eats (India) in an all-stock transaction, which gives Uber 9.99% ownership in Zomato. Clearly, Uber wants to focus on cab-hailing and AI–Big Data initiatives in India, moving away from the digital Food Delivery Business.

In a blog, McKinsey and Company defined the current e-commerce business of the online food delivery industry. It categorized the players into two tiers.

The first type is the “aggregators”; the second is the “new delivery” players, which appeared less than 10 years ago. Zomato fills the void between the two tiers.

Effective from Monday, Uber Eats in India has discontinued operations and direct restaurants, delivery partners, and users of the Uber Eats apps to the Zomato platform.

Zomato’s Uber Eats deal comes within days of fresh speculations about raising new funding from its investors. According to a recent news report, Zomato is raising $150 million from existing investor Ant Financial, an affiliate of China’s Alibaba, at a valuation of $3 billion. The report also confirmed Zomato’s top shareholder Info Edge (India) Ltd said in a filing to stock exchanges on Friday that the funding will reduce its stake to about 25.13 percent. The company owned a 26.38 percent stake as of March last year.

In 2018, the Dutch e-commerce company Takeaway.com had bought out the German business of its rival delivery platform Hero, for $1.1 billion.

At the time of this announcement, Zomato’s Co-founder Deepinder Goyal said, “This is a key moment in our journey as it validates our collective achievement – we have worked very hard to get to this point. With our expansion to 550+ cities over the last year, our continued focus on user experience and our commitment to operating excellence, we have demonstrated our ability to execute on a variety of parameters.”

Dara Khosrowshahi, CEO of Uber, said, “Our Uber Eats team in India has achieved an incredible amount over the last two years, and I couldn’t be prouder of their ingenuity and dedication. India remains an exceptionally important market to Uber and we will continue to invest in growing our local Rides business, which is already the clear category leader. We have been very impressed by Zomato’s ability to grow rapidly in a capital-efficient manner and we wish them continued success. ”

Through this deal with Zomato, all Uber Eats users, and partners automatically become Zomato users.

Zomato+Uber Eats: What It Means for the Global Restaurant Marketing Teams in Food Delivery Business

According to independent market research, revenue in the online food delivery segment amounts to US$122,739 Million in 2020. China generates the most revenue (In global comparison, China generates $45,909 M).

Zomato, founded as Foodiebay in 2008, has enjoyed very steady growth since 2011.

Over the years, the Indian food delivery business teams have largely revolved around growing their supply chains, instead of focusing on delivering real-time Customer Experience. Zomato packed a punch with its innovative CX campaigns and Omnichannel Marketing efforts, spanning across the mobile, TV, YouTube, Facebook, Instagram, and other platforms. Despite stiff competition from Uber Eats (launched in 2017 in India), Swiggy, LimeTray, and Just Eat, Zomato has an unprecedented record of keeping ahead of the league.

The digital food delivery marketplace is slated to be worth billions in the next 2-3 years, and with Uber Eats coming into Zomato’s fold, we expect a definite disruption in the digital foodservice industry in India.

Deepinder says, “The competition in this space is going to continue to be intense, and the food delivery category is still very small compared to the overall foodservice market in India. This category will continue to grow and get built over the next couple of decades, as we work hand-in-hand with restaurants and food service providers to provide better food for more people.”

In December 2019, Zomato announced sleek updates to its Food Search app. The custom-built search experiences fit individual choices, providing more contextual on-screen options during search and online ordering, such as the ones we see now with Zomato Gold. 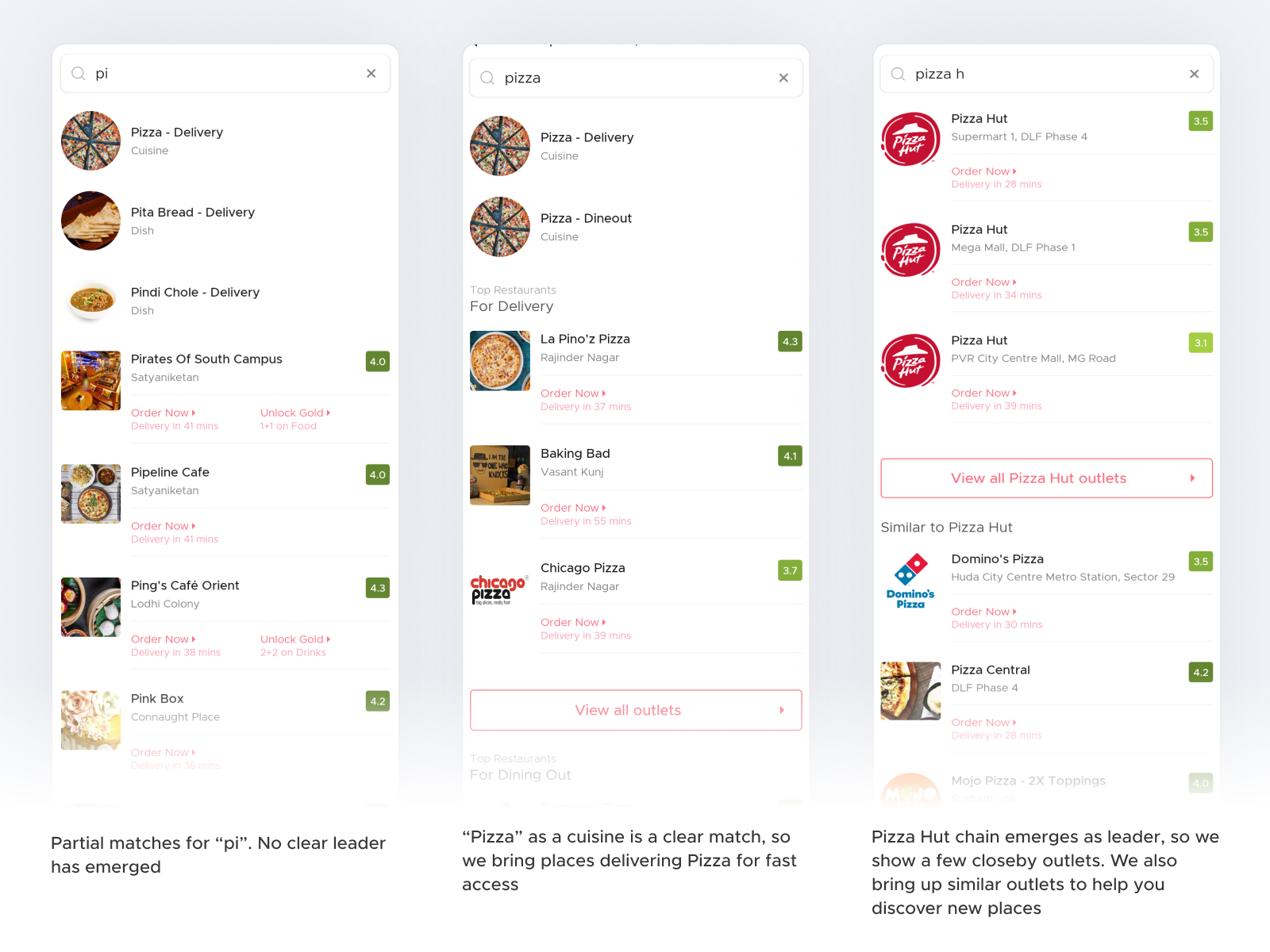 To share your insights on the e-commerce business, please write to us at news@martechseries-67ee47.ingress-bonde.easywp.com