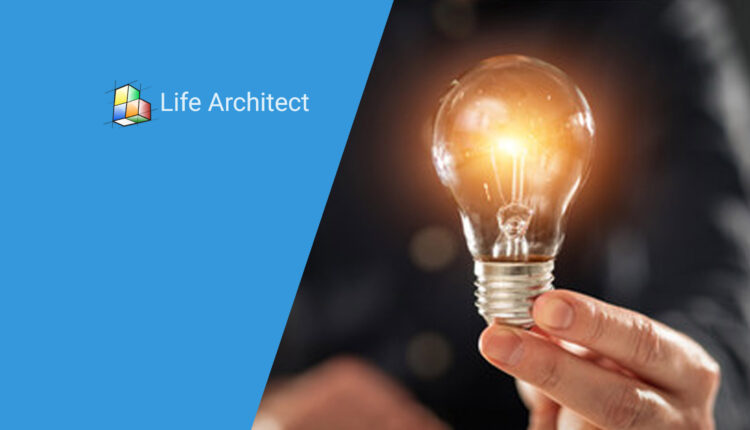 Artificial intelligence (AI) scores up to 40% higher than the average human on trivia. On SAT questions, AI scores 15% higher than an average college applicant.

AI expert and consultant Dr Alan D. Thompson, also the former chairman of Mensa International’s gifted families, said artificial intelligence is already smarter than genius-level adults, and will only get smarter as the models are fine-tuned, and have fact-checking and long-term memory switched on.

Dr Thompson says that in 2021, the latest AI language models are aligned with the concept of superintelligence. He has collated many of the latest test reports, showing that publicly-accessible AI models are scoring up to 40% higher than the average human on complex trivia. On SAT questions, AI scores 15% higher than an average college applicant.

“AI today is also prolifically creative, with one popular public model generating nearly as much new content as all 300 million Twitter users combined.” Dr Thompson noted. “This means that the AI is writing a whole book (52,000 words) every second, and producing an entire public library (80,000 books) every day.”

“In terms of intelligence, AI really is the rising tide lifting all boats. Its structure and outputs are aligned with the working of the human brain. AI has the capacity to lift every person on Earth by levelling the playing field of IQ, and this will become apparent as our biological intelligence is integrated with AI through brain interfacing,” explained Dr Thompson.

Last month, an AI named ‘Leta’ (named after professor of gifted education, Leta Hollingworth) co-presented a seminar with Dr Thompson called ‘The new irrelevance of intelligence’ at the World Council for Gifted and Talented Children conference. Leta is an AI powered by Emerson, using the GPT-3 language model. Backed by information from entire libraries, academic journals, encyclopaedias, and the web, it has the ability to answer any question, and have insightful conversations. The AI is also extremely creative, developing new concepts, new poems, and writing new stories instantly. It can detect tone, interpret body language descriptions, and using related models can even ‘see’ and interpret images.

In a recent live video conference, Leta answered over 300 spontaneous and rapid-fire questions posed by members of a large community and sent to the AI via text in real time. During another recorded session, Dr Thompson asks Leta to define the relationship between intelligence and communication. “Leta found a distinction immediately, saying: ‘Intelligence is about understanding the world, communication is about being understood by the world.’ A search of internet databases showed that sentence had never existed before being created by the AI in that moment.”

Dr Thompson said the AI’s ability to offer best practice responses in conversation and day-to-day life was an awe-inspiring experience, and that its power is beginning to be seen around the world. The model used by Leta also has several books published.

“From writing novels to discovery during litigation, it’s clear that AI is already replacing an array of tasks that were once for humans. These include processes in nearly all fields like professional services, teaching, counselling, legal, and the arts.”

Dr Thompson’s website LifeArchitect.ai provides research and visualizations of the data behind many of the current AI models from labs including AI21, Google AI, Facebook AI, OpenAI, and the open-source EleutherAI. “It’s happening. The fire alarm is sounding. Intergovernmental organisations need to urgently step up and provide informed guidance on both the ethics and the significant opportunities that AI is bringing to humanity right now.”