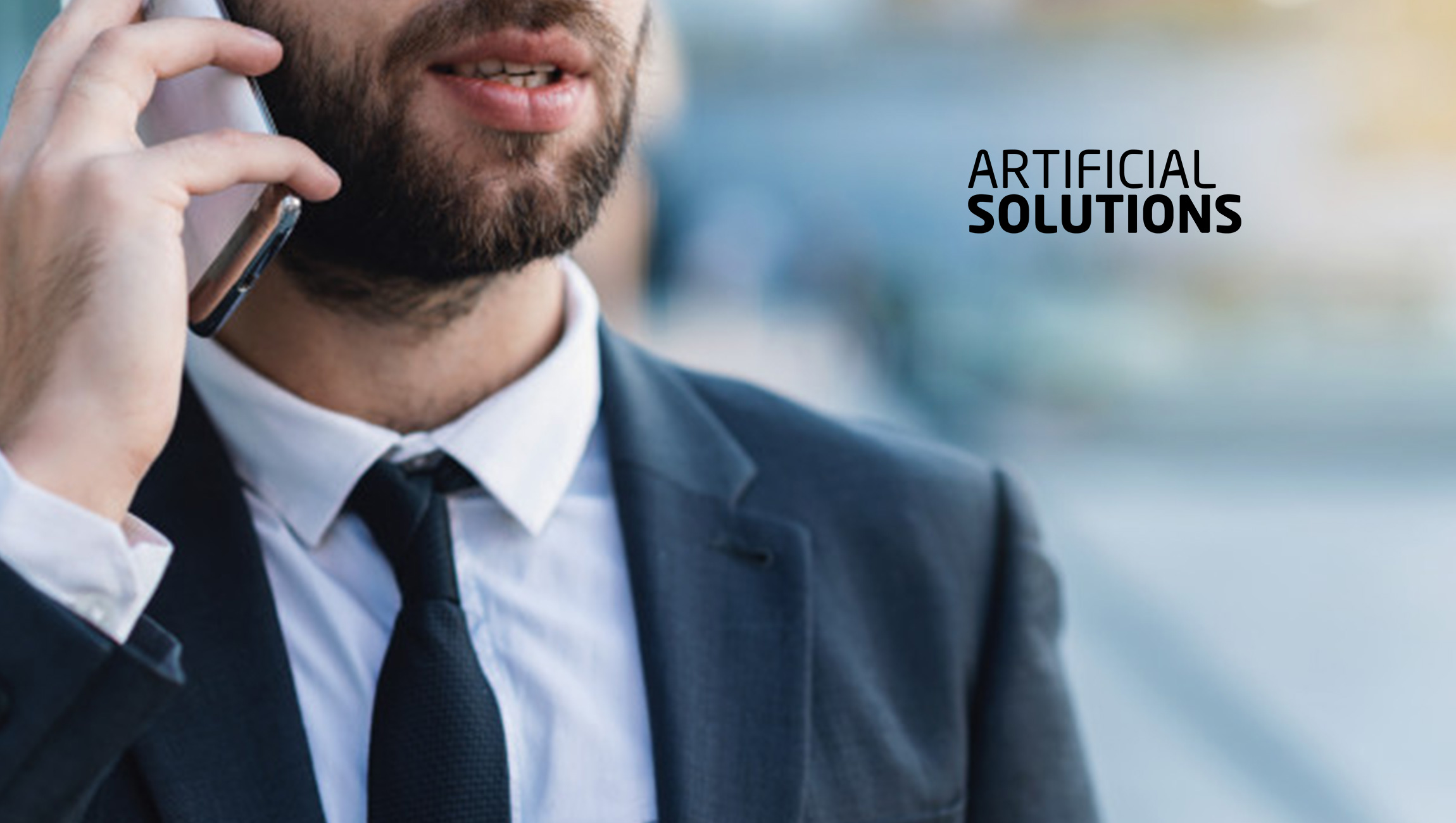 Forward citations indicate that newer patents acknowledge the importance of a foundational patent in the space. Since 2016, many of the largest software companies in the world including Apple, Nuance, Google and IBM have made forward citations of Artificial Solutions’ pioneering patents, confirming the company’s position as a leading innovator in the conversational AI space.

After analysis by a leading independent patent validation firm, Artificial Solutions intellectual property valuation has risen to over $152m, up from $96.5m in 2016. The valuation considers how the scope and influence of the company’s intellectual property has expanded and bases its conclusion on the patents overall market opportunity combined with the potential opportunities in the conversational AI market.

“It’s rewarding to see so many of our patents included in forward citations,” says Lawrence Flynn, CEO of Artificial Solutions. “Innovation has, and always will be, one of Artificial Solutions core strengths and these forward citations strongly validate our technology-relevance to major software companies in the conversational AI eco-system. Recognising where the conversational AI market is going and ensuring we deliver the development technology to enable enterprises to maximise the benefits is one of the key reasons so many of the world’s leading brands chose our technology.”

Artificial Solutions has a number of patents relating to the current and expected future development of conversational AI market primarily in natural language processing (NLP) and natural language interaction (NLI).

How are you Benefiting from your Marketing Cloud?