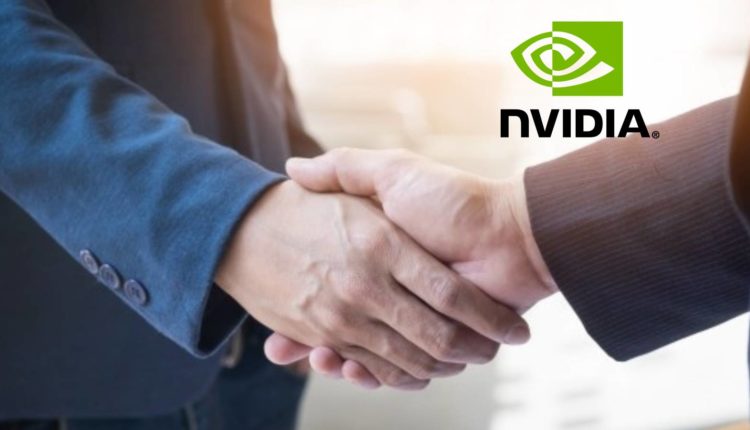 NVIDIA announced a broad initiative to evolve Universal Scene Description (USD), the open-source and extensible language of 3D worlds, to become a foundation of the open metaverse and 3D internet.

Working together with USD’s inventor, Pixar, as well as Adobe, Autodesk, Siemens and a host of other leading companies, NVIDIA will pursue a multi-year roadmap to expand USD’s capabilities beyond visual effects — enabling it to better support industrial metaverse applications in architecture, engineering, manufacturing, scientific computing, robotics and industrial digital twins.

At its SIGGRAPH special address, the company shared forthcoming updates to evolve USD. These include international character support, which will allow users from all countries and languages to participate in USD. Support for geospatial coordinates will enable city-scale and planetary-scale digital twins. And real-time streaming of IoT data will enable the development of digital twins that are synchronized to the physical world.

To accelerate USD development and adoption, the company also announced development of an open USD Compatibility Testing and Certification Suite that developers can freely use to test their USD builds and certify that they produce an expected result.

“Beyond media and entertainment, USD will give 3D artists, designers, developers and others the ability to work collaboratively across diverse workflows and applications as they build virtual worlds,” said Rev Lebaredian, vice president of Omniverse and simulation technology at NVIDIA. “Working with our community of partners, we’re investing in USD so that it can serve as the foundation for architecture, manufacturing, robotics, engineering and many more domains.”

Open-Source USD Resources and Leaders Supporting USD
NVIDIA is releasing a collection of free resources to speed USD adoption, including thousands of USD assets purpose-built to open up virtual-world building for users without 3D expertise. The company is also providing hundreds of on-demand tutorials, documentation and developer tools to help spread USD education.

“USD is a cornerstone of Pixar’s pipeline, and it’s seeing rapidly growing momentum as an open-source framework across not only VFX and animation, but now industrial, design and scientific applications,” said Steve May, chief technology officer at Pixar Animation Studios. “NVIDIA’s contributions to help evolve USD as the open foundation of fully interoperable 3D platforms will be a great benefit across industries.”

“Siemens and NVIDIA are coming together to enable the industrial metaverse where the future of design, engineering and collaboration will occur,” said Dirk Didascalou, chief technology officer of Siemens Digital Industries. “We are excited to support USD in the Siemens Xcelerator platform and plan to collaborate with NVIDIA on the next generation of the format.”

At SIGGRAPH, NVIDIA is also bringing together hundreds of engineering and product leads across the USD ecosystem into working councils to help align on USD development priorities and get feedback on where NVIDIA can centralize development efforts. Among the many companies contributing to and supporting USD are Adobe, Autodesk, Pixar and Siemens.

“Autodesk has been closely involved in the development of USD from its early inception as a means of standardizing the exchange of 3D data in animation and visual effects workflows,” said Raji Arasu, executive vice president and chief technology officer at Autodesk. “We have long understood the importance of 3D interoperability and have already begun extending USD’s applications beyond media and entertainment to design, engineering and industrial applications. We are excited by the momentum behind USD from partners like NVIDIA, which we believe will help better realize the concept of the metaverse and all the workflows it unlocks for our customers.”

Innovators in media, gaming, robotics, industrial automation, retail and grocery are already adopting USD as their metaverse language of choice, including Kroger and Volvo Cars.

“The promise of USD is immense. At Volvo, we immediately understood the value of the open, extensible, interoperable 3D scene description for our metaverse projects. Being able to maintain assets as a single source of truth and bring them from virtual world to virtual world will be seamless in 3D internet consumer applications,” said Mattias Wikenmalm, senior expert of visualization at Volvo Cars.