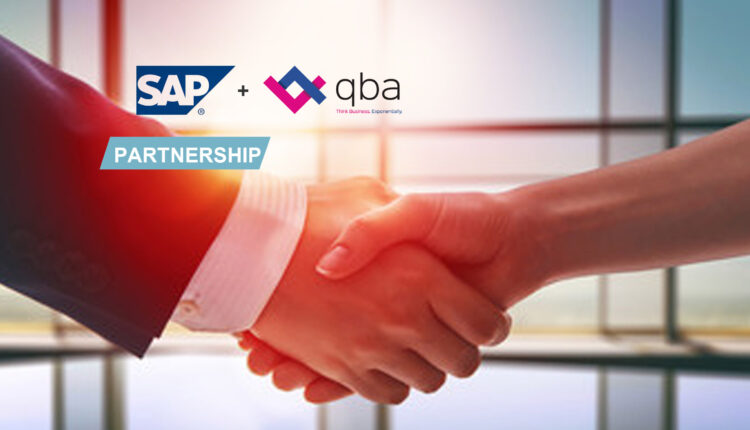 QBA, a premier practitioner in the SAP space, has officially entered into a partnering relationship with SAP to jointly explore collaboration in manufacturing.

While the scope of ERP (Enterprise Resource Planning) software has penetrated some of the minutest aspects of the manufacturing business and expanded beyond the typical MRP/MRP-II functionality to embrace IoT, supply chain, optimization of manufacturing and other complexities that usher in the new world of Industry 4.0, the emergence of Artificial Intelligence from the computer labs into a viable mainstream technology has added a third dimension that can potentially simulate the self-governed organization. SAP already excels in providing traditional OLTP (Online Transaction Processing), automated processes, an interoperable platform, and advanced OLAP (Online Analytical Processing). But it is this third-dimension – the application of cognitive abilities and adaptive decision-making capability to the solid foundation of ERP – that promises serious disruption. SAP has also declared its intention of being carbon neutral by 2023 and has launched an ambitious project called Climate 21 and they are also implementing another currency in SAP that will enable SAP clients to measure the carbon footprint in a standard way.

QBA is solidly grounded on both the manufacturing domain and the SAP technology. Its Artificial Intelligence practice traces its lineage to the early adoption of AI in Mittal Steel (the precursor to ArcelorMittal, the world’s largest metal and mining company today) where a rule-based backward chaining inference engine created an “expert system” at their then-largest integrated steel plant ISPAT Mexicana in Lazaro Cardenas, Mexico in 1994. The architect of that small application is the current CEO of QBA, Mr. Probal DasGupta, under whose tutelage the company plans to inject AI innovation into SAP. The Climate 21 project is another target area for QBA to contribute.

Mr. Subimal Mukherjee, the Centre Head, QBA Kolkata — and an SAP veteran, having led for many years all of the SAP projects of HP for the Steel Authority in India – who led the partner discussions with SAP, said, “This is our first of many steps that we are going to take together with the SAP team to reach some significant goals.”

Unbounce Study Finds in a Year of Negative News, Negativity…

4 Marketing Mistakes To Avoid Through 2021