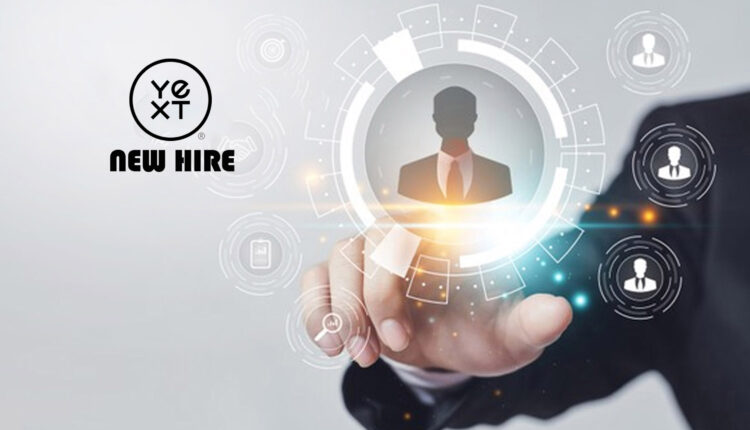 Yext, Inc. , the AI Search Company, announced a leadership transition that leverages the deep knowledge and understanding of the company to revise its go-to-market and operational strategy. Michael Walrath, Chairman of the Yext Board of Directors since 2011 and a director since 2008, has been named CEO and Chairman and Darryl Bond, who joined Yext in 2015 and has been Yext’s Chief Accounting Officer since 2017, has been named CFO. Each will begin his new role with Yext on March 25, 2022, at which time Howard Lerman will step down from his role as CEO.

Howard founded the company in 2006 and has grown Yext significantly since that time, with $391 million in revenue reported in fiscal year 2022 as a SaaS platform with over 2700 customers worldwide. Howard will also step down from the Yext Board of Directors, but will continue to be an advisor to Yext.

“As CEO, Howard has built a unique platform of products unrivaled by any of our competitors. I’m excited to lead Yext’s talented team and innovative technology into its next chapter,” said Michael Walrath, Yext’s Chairman. “I believe our long-term market opportunity is massive and growing and we’ve only scratched the surface of our potential. We are moving into our next chapter with a heightened focus on our customers and a measured approach to growth. We ended the year with a strong balance sheet and cash position and we intend to continue to improve our operating efficiencies and generate cash from operations as we move into our next phase of growth.”

As part of the company’s refined go-to-market strategy, Yext announced that Chief Strategy Officer Marc Ferrentino has been promoted to President and Chief Operating Officer. Marc joined the company in 2015 and will be responsible for the alignment and delivery of the full customer experience.

Yext also announced that Darryl Bond will become CFO when Steve Cakebread departs Yext. Steve has been CFO of Yext since 2014, managing the company’s successful IPO in 2017 and strengthening its balance sheet and cash position throughout fiscal 2022.

“Steve has been a valuable addition to Yext, transforming the finance function into a professional team, installing best in class people, systems, and processes in support of an IPO and our ongoing reporting. He has made a significant contribution to Yext,” said Michael Walrath, Yext’s Chairman.

The Bot Revolution: How Advanced Virtual Assistants are…