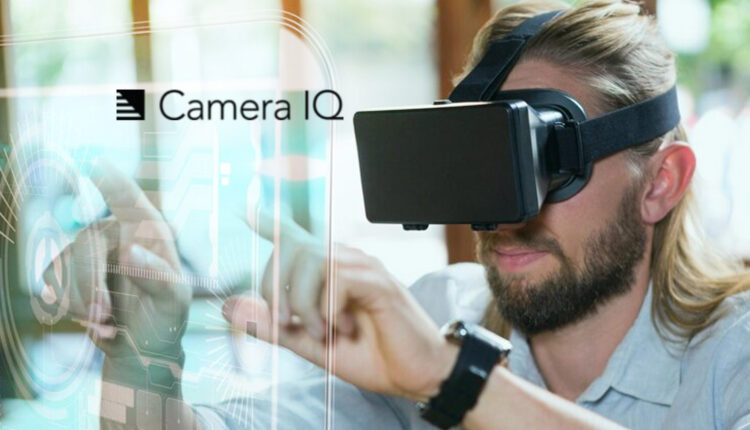 Camera IQ,  the easiest AR creation tool, announced it has launched support for Augmented Reality (AR) effects within TikTok’s Effect House, enabling brands to quickly and easily create AR effects on the world’s leading destination for short-form mobile video. Following the launch of organic AR effects in TikTok’s Effect House, brands can immediately start working with Camera IQ to build AR effects and launch them to TikTok organically. In preparation for the public release, Camera IQ partnered with customers including Cartoon Network and Smashbox to launch AR effects for TikTok.

Brands can partner with Camera IQ to build a cross-platform AR strategy by transforming previous AR campaigns into TikTok effects or building new effects. Camera IQ offers hands-on support from its team of experienced account strategists, while delivering real-time analytics and exclusive insights on the performance and virality of a brand’s AR effects.

Recently, TikTok formally announced the launch of its Effect House, a platform that allows anyone to build Community Effects for TikTok.

Marketing Technology News: Deborah Besemer to Retire as Chairman of Brightcove’s Board of Directors

Among the several brands that have published TikTok AR effects via Camera IQ is Cartoon Network. When a soundbite from the network’s popular Steven Universe show went viral in the fall of 2021, the company turned to Camera IQ to help it create a “Garnet Glasses” effect based on the glasses worn by Garnet, the Steven Universe character who spoke the viral line being used in thousands of TikTok videos. Since then, Cartoon Network has expanded its TikTok strategy to include the launch of a “That’s all folks!” effect in honor of the famous line by Looney Tunes’ Porky Pig character. The effect has received over 4 million views with over 14,000 fans creating posts using the effect, despite not receiving any paid promotion.

“AR represents an incredibly effective way to engage our fans, enhance our storytelling capabilities, and expand our reach through organic and viral growth,” said Sarah Lively, director of social at Cartoon Network. “Camera IQ makes it easy for brands like us to create, deploy and analyze the performance of AR experiences for all of the top photo- and video-based social media apps. We have been particularly pleased with how quickly they’ve been able to help us launch multiple effects on TikTok and expand our cross-platform strategy. Camera IQ has been an excellent strategic partner, and we’re excited to continue working with them to make more great TikTok effects.”

“With the launch of Effect House and the obvious fit for AR effects with TikTok’s short-form video content, AR is going to be a huge driver of consumer engagement and virality throughout the TikTok app,” said Allison Ferenci, CEO and co-founder of Camera IQ. “We make it easier than any other solution for brands to create engaging, interactive and impactful AR experiences that stand out from the crowd. We look forward to helping brands uplevel their social strategies by being among the first to publish TikTok AR effects.”

The cosmetics brand Smashbox also worked with Camera IQ to launch a TikTok AR effect for its new line of Photo Finish Primers. The brand’s “Smashbox Illuminate” effect quickly became its most viewed branded content ever on TikTok, earning over 50% engagement in its first 10 days. The compelling performance metrics were entirely community-driven, meaning the brand hadn’t yet posted any of their own content.

“At Smashbox, we’re always looking for creative ways to engage with our digital community and expand our reach across social channels,” said Maddy Wilson, content strategy & production for the global consumer engagement team at Smashbox. “We jumped at the opportunity to create and launch TikTok AR effects with Camera IQ. They helped us easily translate our Instagram effects into effects for Tiktok, driving our cross-platform strategy for the new Photo Finish Primers. With ‘Smashbox Illuminate’, we became one of the first beauty brands to launch an organic AR effect on TikTok, and based on its initial success we plan to continue expanding our AR strategy on TikTok.”