LinkedIn Names Amazon No. 1 Company Where Americans Want to Work in 2021 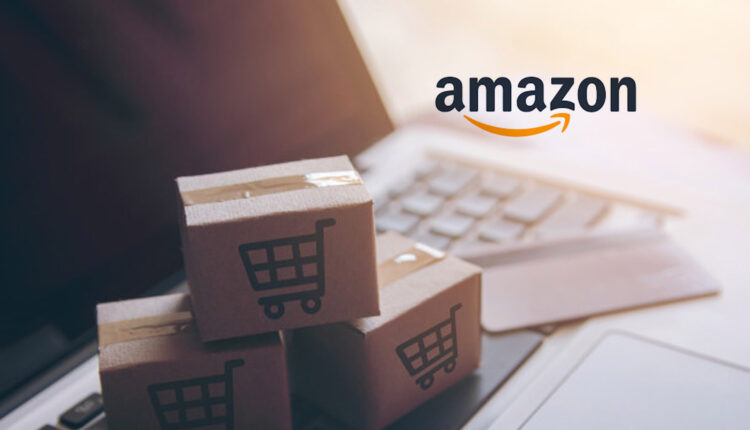 LinkedIn recognizes Amazon as the most desirable workplace in the U.S. based on the company’s ability to attract and retain talent, including how it provides skills growth and career advancement opportunities for all employees.

More than 400,000 people joined Amazon last year in the U.S., where the company has created more than 950,000 jobs in tech, logistics, advanced manufacturing, and retail.

LinkedIn today named Amazon the No. 1 company where Americans want to work in 2021, up from No. 3 in 2019. Amazon ranked first on LinkedIn’s Top Companies list, an annual list that identifies the most sought-after places to work. Using data from LinkedIn’s 740 million members, LinkedIn’s Top Companies list is designed to help professionals identify the best companies to grow their careers. LinkedIn’s methodology evaluates how companies attract and retain the best talent, including through promotions, funding opportunities for employees to learn new skills, gender diversity, and hiring people from all backgrounds and levels of education. LinkedIn also looked at how much recruiters from other companies search for employees currently working at Amazon.

“A huge thanks to our teams around the world for playing their part in making Amazon a great place to work.”

“Being Earth’s Most Customer-Centric company and Earth’s Best Employer are two sides of the same coin—we’re able to obsess over customers because we’ve created a great work environment for our employees. I believe one of the biggest reasons that people want to work at Amazon is our culture of innovation. We are inventors at heart and provide our employees with an opportunity to think big and try things that have never been done before,” said Beth Galetti, Amazon’s Senior Vice President of People eXperience and Technology at Amazon. “A huge thanks to our teams around the world for playing their part in making Amazon a great place to work.”

In 2020, Amazon created more than 400,000 jobs in the U.S. and 500,000 globally. Here are some figures on our job-creation efforts and the innovative and safe work environment that we strive to create for our employees:

Amazon currently employs more than 950,000 people in the U.S. at its headquarters in the Puget Sound region in Washington state and in Arlington, Virginia; the Amazon campus in Nashville, Tennessee; its 18 Tech Hubs; and the company’s growing network of logistics, retail, and data center facilities across more than 40 states. Amazon currently has more than 30,000 positions open in the U.S.

For four consecutive years, LinkedIn has ranked Amazon among the top three companies in the U.S. where Americans want to work. Additionally, Amazon currently ranks No. 2 on the World’s Best Employers list from Forbes and on Fortune’s World’s Most Admired Companies list. Amazon was also selected by Fast Company as one of the Best Workplaces for Innovators. Amazon was awarded a top score on the Human Rights Campaign Foundation’s Corporate Equality Index, which recognizes the best workplaces for the LGBTQ+ community, and awarded the Lee Anderson Veteran and Military Spouse Employment Award for excellence in hiring, training, and retaining veterans, transitioning service members, and military spouses. Amazon was also named as a Best Place to Work for Disability Inclusion by the Disability Equality Index.

77 per Cent of Business Managers Believe Their Organizations…