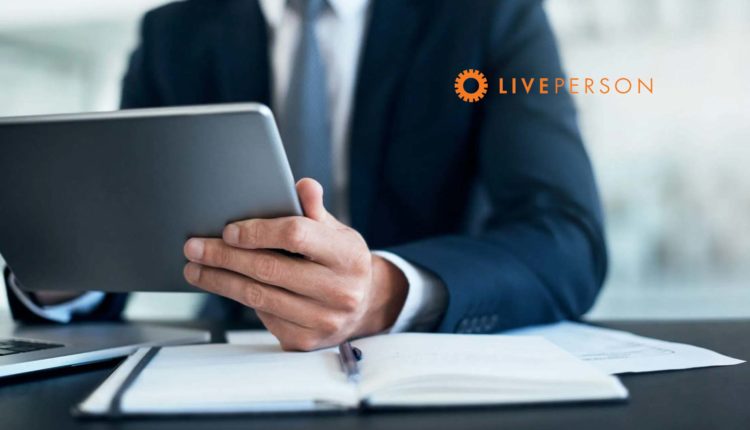 85% of consumers worldwide would like to message with brands, up from 65% last year

75% report they’d spend more with brands that offer messaging, up from 49%

LivePerson, Inc., a global leader in conversational AI, announced the findings of its 2020 Consumer Preferences for Conversational Commerce report examining consumer attitudes and preferences around brand interactions, messaging, and conversational AI and commerce. The survey of more than 5,000 adults in six countries found that messaging and conversational AI are more widely adopted and trusted than ever before, with the overwhelming majority of consumers of all ages reporting a strong desire to message with brands.

For the first time, older consumers are showing the same level of interest in messaging with brands as younger demographics. In addition, vast majorities of consumers now report they’d be more likely to do business with — and spend more with — brands that allow them to message rather than call.

As the COVID pandemic continues to limit in-person interactions and keeps employees out of call centers, brands are rapidly rolling out the option for consumers to connect with them via popular messaging channels such as SMS, WhatsApp, Apple Business Chat, Facebook Messenger, Google RCS, LINE, and WeChat, as well as native messaging on brand websites and mobile apps. By layering in automation and conversational AI, brands are scaling their reach through messaging and providing faster, more convenient experiences fronted by bots available 24/7 for consumer inquiries and purchases.

The report is based on a September 2020 survey including respondents from the United States, United Kingdom, France, Germany, Japan, and Australia. Key findings are summarized below:

Consumers of all ages report increased interest in messaging with brands

Familiarity with conversational AI continues to grow, with some regional variations

Positive sentiment toward conversational AI is up, but there’s room for improvement

“The evidence is clear: AI-powered messaging experiences are more in demand than ever before. Consumers around the world are clamoring for them, and they’ll even spend more money with brands that give them what they want,” said Robert LoCascio, founder and CEO of LivePerson. “Brands that embrace conversational AI and infuse it with human qualities like empathy, love, and understanding will outperform their competitors and reach the cutting edge of customer service, marketing, and sales.”

Conversica Names Elissa Fink To Join Its Board Of Directors