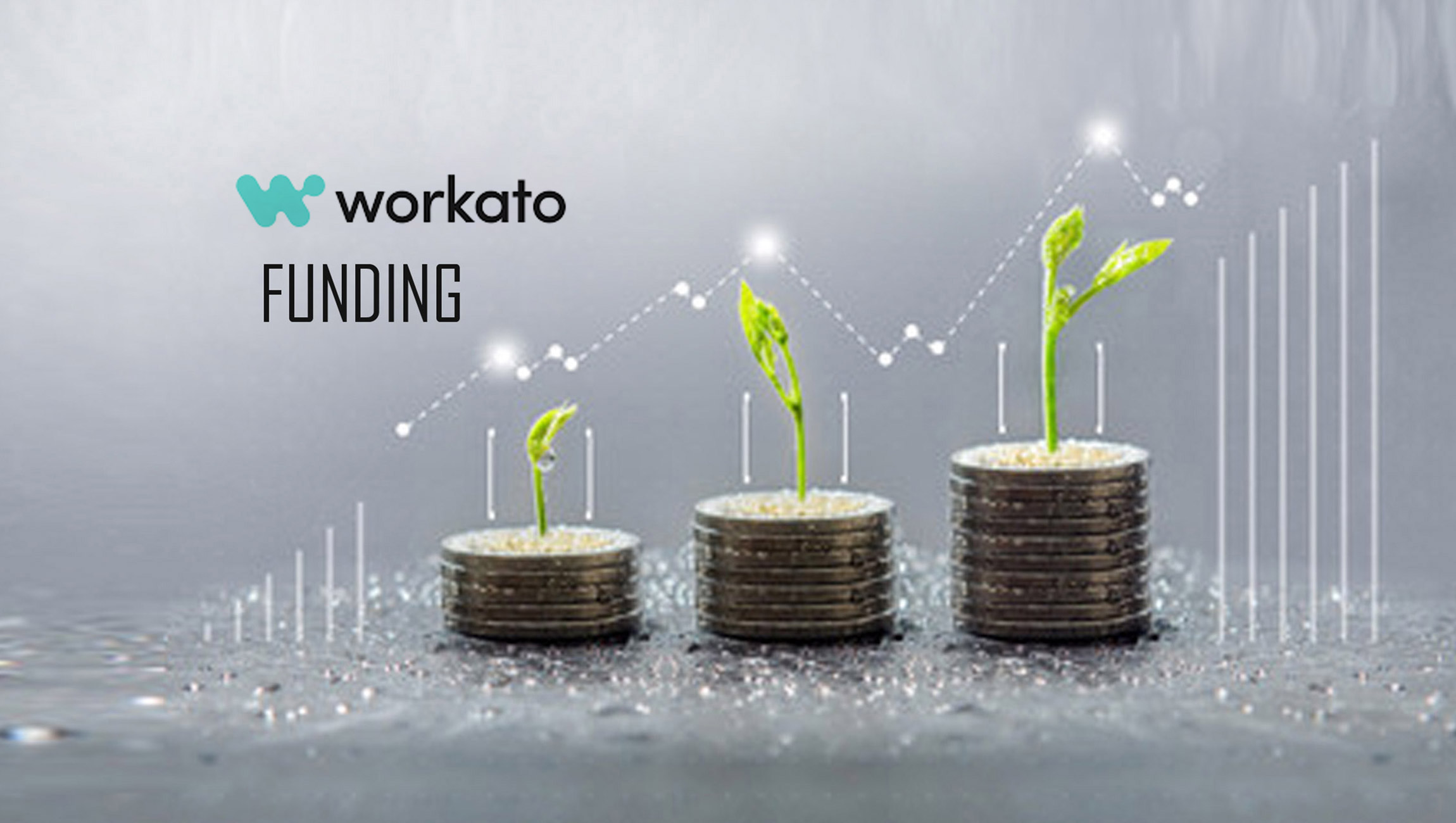 Workato, the leader in enterprise automation, today announced $200 million in Series E funding led by Battery Ventures, with equal participation from Insight Partners, Altimeter Capital and Tiger Global. Geodesic Capital and Redpoint Ventures also participated in this round of financing. The new funding values Workato at $5.7 billion and comes just nine months after its $110 million Series D. Workato has raised over $420 million in total funding to date.

“We’ve had a front-row seat to watch Workato truly transform many of its customers’ businesses, which is one reason why we and other existing investors in the company are excited to lead this new funding round.”

The investment comes at a time of rapid growth for Workato and the automation market as a whole, as enterprises recognise the urgent need to increase their agility, innovation and efficiency against a backdrop of transformation and change. The pandemic has driven an even greater need for business excellence, and companies have responded by automating core workflows; seeking out low-code tools that empower employees to work quickly and autonomously.

Following the launch of its EMEA data centre in Frankfurt earlier this year, Workato plans to use the funds to further capitalise on the market opportunity in the region. The company has grown by 243% in Europe alone over the last 12 months as enterprises, in the wake of the pandemic have turned to workflow automation to boost business efficiencies; seeking out low-code tools that empower employees to work quickly and autonomously. Workato has increased headcount in the region by 273% and its customer base in EMEA has seen 2.14x growth this year and now includes enterprises such as Freenow and Adevinta.

The funds raised will go towards expanding its EMEA customer success team and senior leadership, holding the first user conference in Europe, setting up a customer advisory board in Europe and expanding its ecosystem of partners. The investment will also go towards boosting its European presence. The company currently has operations in Ireland, Spain, France, Germany, UK and Israel and is now looking to open additional offices in regions including Benelux and the Nordics to serve customers there.

A key hire made in response to Workato’s strong growth and expansion plans in Europe is that of Robert Ekstrom, who joins Workato as VP & GM EMEA, based in Munich. Robert brings over twenty years’ management experience within the enterprise software market, having held management roles at leading multinationals including Dell, EMC and Xerox. Prior to joining Workato, he was VP & GM at Blue Prism, an enterprise intelligent automation vendor.

The latest funding will also be used globally to further accelerate the company’s product roadmap and leadership in enterprise automation, in addition to continuing to drive the integration-led automation movement. Workato, already a leader in connecting and integrating applications, is launching the “10,000 Connector Initiative” with the acquisition of RailsData, which specialises in the connectivity of applications, databases, and devices using APIs. With thousands of applications used by an enterprise, connectivity is critical to achieving automation at scale.

ConsenSys and LivePerson Team Up To Create VillageDAO, The World’s First…

TTEC Ranked Among the Best Employers in Denver by Comparably

Shape Brand Performance and Growth with Momentive at…