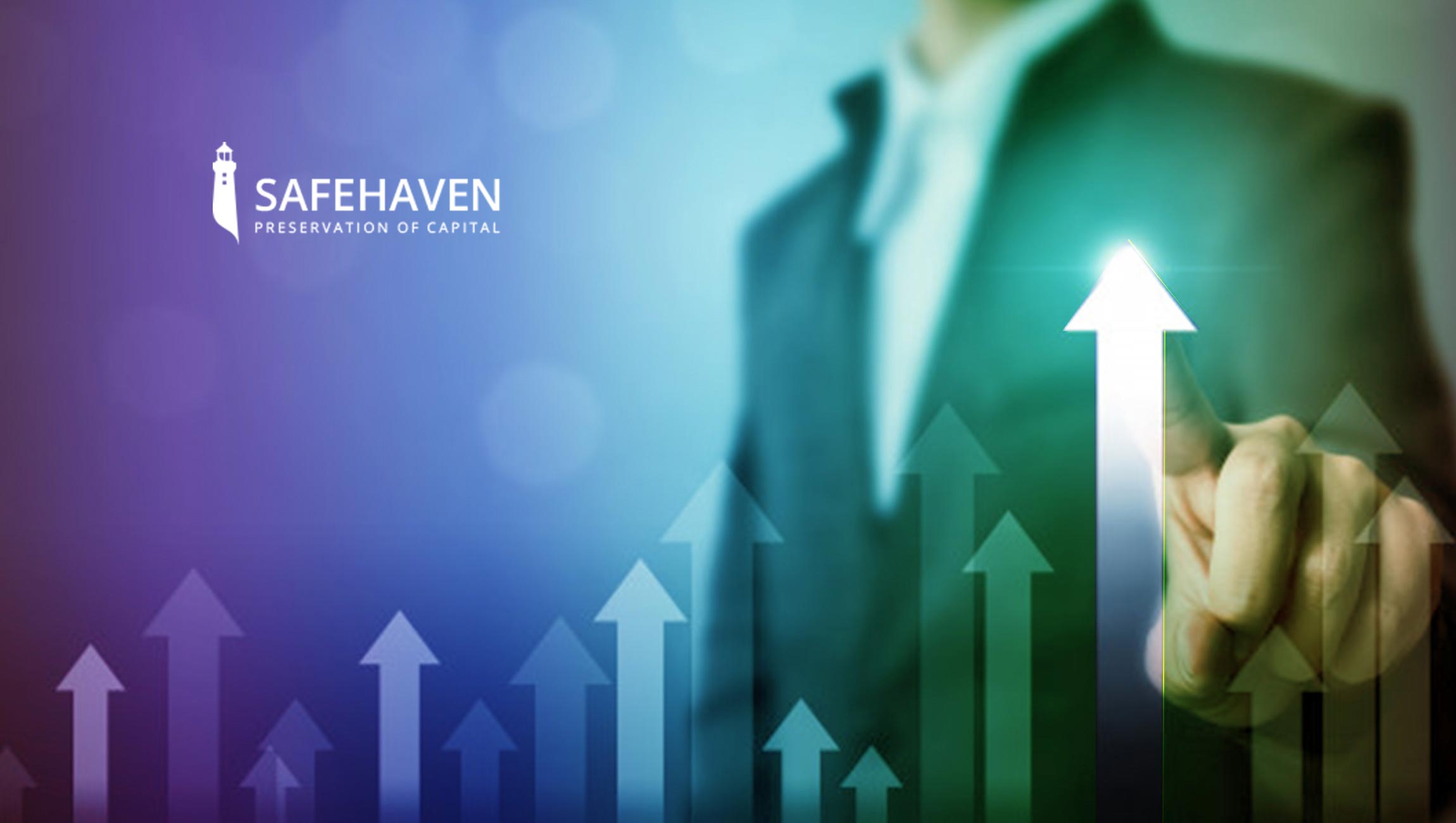 eMarketer is forecasting that the industry will top $170B by 2021. And with Google and Facebook currently hogging 60 percent of the market, American publishers and other media outlets are now fighting back.

Google made $4.7 billion in revenue from news content in 2018, while the entire news industry together only netted $5.1 billion. That’s over 2,000 news publishers combined.

Publishers everywhere are struggling. They’re simply not growing at all. They’re merely surviving. And it’s all because of the mountains of first-party data that they’re not collecting because they don’t have a platform to monetize it. They’re under immense pressure to grow ad revenues, yet they are beholden to the likes of Google. And while Google and Facebook are facing plenty of opposition, including being called before Congress, publishers won’t wait for some legal loophole to fix all of their problems.

Their survival depends on the quiet (until now) rise of new content management and data-collection platforms that can rewrite the rules of who gets rich off of advertising. The future of publishing is designed to bypass the so-called digital giants, but in the meantime, there are also some other giant players encroaching on the digital ad duopoly.

Here are 6 trends that could loosen Google’s hegemony and re-write the advertising industry playbook.

A few years ago, trying to claw respectable market share from the industry heavyweights seemed like a really long shot. Yet, Amazon is now on course to claim $10B, or nearly nine percent, of ad dollars in 2019 with Pivotal Research predicting a $38B haul for the company in 2023.

Amazon seems to be hitting all the right buttons. The retail giant understands how Google, Microsoft, and Apple leverage advertising. They are just doing it in more aggressive, more profitable ways.

The giant online retailer has perfected the art of leveraging website real estate to display highly targeted ads to its 2.3B users. As a result, nearly 50 percent of online product searches are conducted on Amazon’s website.

Amazon is also pushing hard into mobile video ads–a direct attack on Google. It’s even allowing brands to track traffic from Facebook in its latest push to cozy up to big marketers. With Amazon’s high-margin cloud business, AWS, in the pink of health, Amazon certainly has the wherewithal to take on the digital ad giants head-on.

AMZN stock has climbed 18.3 percent in the year-to-date and 420 percent over the past five years thus making it a bit pricey. But with the digital ad gravy train served up, this stock still looks like a buy.

#2 Harnassing The Power Of Data

The only way to really take on the big guns is to attack from all sides. And that’s exactly what Frankly Inc. is doing. Frankly a data-hungry content management company that reaches 100 million people and 75% of American households. It’s entered the fray with a data solution that could give the biggest Western publishers the tools they need for digital advertising independence—with a ton of upside to boot.

Frankly offers broadcasters, media companies and publishers a platform for managing and monetizing all of their content and collecting targeted data from each of their users. Right now, it is the only company of its kind out there, and some very big names – including CNN and Vice – are already customers.

Frankly aims to shift the percentage of digital ad dollars by slipping in through the back door of this lucrative market, through the biggest mainstream publishers. Google doesn’t even produce any news, yet it’s raking in all the revenues. That’s a tough pill for publishers to swallow.

Frankly’s answer? To offer publishers all the tools they need not only to create their ad revenue, but also to follow the upside with massive, first-party data collection that, when you add it up, is worth about $175 per person. That’s a gold mine for publishers who barely stay afloat while Google gets rich on their content.

Are publishers desperate enough to take on Google? You can bet on it.

That’s why Newsweek just signed a deal with Frankly that’s designed to help the news major turn the tables. But it’s just as big a deal for Frankly because it means that Frankly will be running all the information capture operations on Newsweek and doing all of Newsweek’s ad sales. It will grow Newsweek’s ad revenue by tens of millions of dollars, which all goes through Frankly in the end.

For Frankly, this is a $50M, multi-year service agreement with one of the biggest news producers in the world. But it also means first-party data access to Newsweek’s 40 million monthly active users.

This is a milestone in the industry because it’s the first partnership of its kind—ever— and it demonstrates the value of leveraging a fully integrated multi-media platform such as Frankly’s. Frankly has 100+ million active users across its network, and it’s just signed a $50-million, multi-year deal with giant Newsweek, which will add 40 million more.

It also recently hooked CNN and VICE in its deal to acquire Vemba’s advanced video technology. For a company with a market cap of only $30 million, harnessing the priceless first-party data of 75% of this country, undervaluation isn’t much of a stretch of the imagination until the news flow starts to catch up with the first-data bounty, starting with Newsweek.

Beyond data, some companies are building a warchest of assets through calculated acquisitions. Take Verzion (NYSE:VZ), for instance, in 2017, the company acquired Yahoo and AOL in a bid to create a rival ad sales business to Google and Facebook.

Verizon Media (formerly Oath) now houses popular brands such as The Huffington Post, TechCrunch and Yahoo Sports which collectively attract ~210 million monthly users. From a financial viewpoint, the business has not been a resounding success with Verizon declaring a huge $4.6B writedown of its media properties last year–essentially declaring them nearly worthless.

Nevertheless, Verizon Media’s value proposition remains intact: more transparency and accountability in advertising. By focusing on high quality, professionally produced content and products, Verizon Media has been trying to avoid the same scrutiny faced by its bigger competitors, who struggle to stem the tide of fake news and violent videos.

With the Association of National Advertisers estimating that fraudulent, bot-driven traffic costs the industry ~$7B every year, Verizon Media will continue having its takers.

The massive cache of free content in the form of business directories was largely untapped just a few short years ago, but Yelp took the bull by the horns, creating one of the world’s largest user-fueled directory platforms on the planet. If there’s any media company that learned the hard way just how easy Google can destroy your business model, it’s Yelp.

A couple of years ago, Google arbitrarily changed its search algorithm leading to Yelp traffic slowing sharply almost overnight. Being a company that generates majority of its revenue from sale of ads on its Website to national brands and local businesses, Yelp’s top-line took a heavy hit and the company has been struggling to get back to its glory days.

Nevertheless, Yelp remains a popular consumer site especially for restaurant reviews. Beyond that, it has evolved into one of the very few review sites with a high consumer confidence score. It’s quite likely that over time, the company’s clout with consumers will help it regain favor with the investing universe.

If you love a turnaround story, then you might find Yelp an interesting value stock especially with the shares trading at a cheap 2x forward revenue.

While many companies have focused their attention on older internet users, some have truly embraced the younger generations. And it’s paid off.

SnapChat stock has been enjoying an annus mirabilis, rallying more than 200 percent at one point this year and more than 50 percent over the past 12 months. Snapchat is another compelling turnaround story with two consecutive quarters of user and earnings growth helping to return it to Wall Street’s good books.

What’s particularly exciting about this company is that it appears to have impressive growth runways considering that comparable messaging apps like WhatsApp and Instagram (both owned by Facebook) boast 1B users apiece to Snap’s 190M. Further, Snapchat has also shown a willingness to think outside the box with its new augmented reality (AR) advertising products.

Another quarter or two of demonstrated user growth and SNAP stock might be able to definitively break above its 2017 IPO level for the first time.

Few companies have truly realized the importance of technological innovation in this ever-changing market like Alibaba has. It offers investors the full package; exposure to the rapidly developing fintech universe, cloud computing and AI space, and even e-commerce and retail. With operations in over 200 countries, Alibaba’s online sales and profits surpassed all U.S. retailers including Walmart, eBay, and even Amazon.

One of Alibaba’s most revolutionary products, however, is AliPay, the third-party mobile payment application that has enjoyed widespread adoption throughout China. Sporting nearly 900 million users worldwide, AliPay is the de facto leader in the mobile payment space.

Pageloot Talks About the Launch of QR Codes for Social Media

B9 Exchange Launches the New Domain Name b9.Com to Serve…