PLAY ON: Celebrating the Power of Music to Make Change 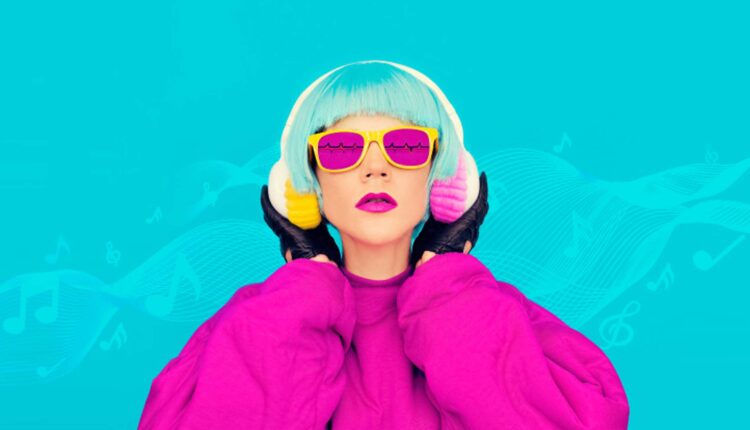 On Saturday, December 5, music fans will be able to tune in to an extraordinary benefit concert broadcast amplifying awareness for transformational racial, social, and food justice. The primetime one-hour special, PLAY ON: Celebrating the Power of Music to Make Change, will air on the CBS Network at 9/8c and will also be available streaming on YouTube at 10:00pmPT. The benefit concert special will raise funds for two long-standing and vital philanthropic organizations, the NAACP Legal Defense & Educational Fund, Inc. (LDF), and WhyHunger, through the Play On Fund created by SixDegrees.Org.

During the broadcast, viewers can donate to the organizations by texting the code “PLAYON” to 44-321. PLAY ON will be co-hosted by Golden Globe-winning actor, musician, philanthropist, and Founder of SixDegrees.Org Kevin Bacon and Grammy Award-winning rapper, actress, and current “The Talk” host Eve. The show is executive produced by Bacon, iconic international fashion designer John Varvatos, Rock the Bells founder and CEO LL COOL J, esteemed CBS This Morning anchor Anthony Mason, and prominent benefit concert producers Greg Williamson and Nicole Rechter. Celebrated Grammy Award-winning musician and producer Steve Jordan will serve as music director for the concert special.

This unique concert special will feature three stellar music lineups spanning genres from country and rock to hip hop and jazz/funk, while also celebrating three iconic live music venues. An eclectic group of music stars including Gary Clark Jr., Ziggy Marley with Andra Day as well as a tribute to the classic roots of hip hop featuring performances by Slick Rick and Snoop Dogg will take place from the famed Troubadour in Los Angeles. The legendary Apollo Theater in New York City will play host to Jon Batiste and Machine Gun Kelly, with more artists to be added shortly.

The historic Bluebird Cafe in Nashville will feature some of today’s most acclaimed contemporary female artists including Maren Morris, Sheryl Crow, and genre-bending British singer-songwriter Yola performing “Hold On” featuring The Highwomen.  The concert special will also feature an exclusive performance from Bon Jovi.  Bloomberg Philanthropies is proud to support PLAY ON, the NAACP Legal Defense & Educational Fund, Inc., and WhyHunger as the Title Sponsor for the New York City lineup.  Additional Nashville and Los Angeles sponsors will be announced shortly.

“Music has historically served as a powerful and vital soundtrack for social change and a platform to unite people and make an impact for those in need,” said executive producer John Varvatos. “By bringing together this outstanding array of performers, we hope to raise awareness and funding for the very important work that both the NAACP Legal Defense & Educational Fund and WhyHunger do every day and inspire viewers to continue to support these organizations.”

“2020 has been an immensely challenging year and many have turned to music as a great source of comfort, hope, and strength,” said co-host and executive producer Kevin Bacon. “I am so thrilled to be teaming up my philanthropic organization Six Degrees with the respected producers and artists who have signed on for this remarkable night of music to help amplify these important issues and bring some much-needed joy through music.”

“I’m so excited to be joining Kevin Bacon in co-hosting CBS’ PLAY ON television special this coming December! It’s been a really challenging year for everyone, and it’s time we continue to support social, environmental, racial, and economic justice with the help of WhyHunger, NAACP Legal Defense & Educational Fund, and SixDegrees.org,” said co-host Eve.  “Also supporting iconic music venues from New York City, Nashville, Los Angeles, and myself hosting live from London! I can’t wait to raise money, make a change, and bring people some really incredible live music”

“It has never been more important for us to use our platform, voices and stages to assist with the fight for social change and justice,” said British singer-songwriter Yola.  “I am honoured to be joining this line-up to highlight the important work of WhyHunger and the NAACP Legal Defense & Educational Fund.”

“Since the onset of COVID-19 in March, and over the course of the past eight months, it became clear to us that we needed to act and step up in support of racial and social justice and the hunger crisis this country has been facing,” said executive producer Greg Williamson.  “We felt strongly that the healing power of music was this project’s mission and calling. Music, bringing people together and helping others during a time of need is what PLAY ON is all about.”

PLAY ON: Celebrating the Power of Music to Make Change is being made possible by many generous partners. Hard Rock International and Ford Foundation have partnered to support PLAY ON along with many others including Frito-Lay, Mary Kay Inc, GNF Marketing, Unqork, The Krim Group and Media sponsors include Rock the Bells, Condé Nast and YouTube.

ON24 Expands Leadership Team to Accelerate Next Phase of Innovation, Customer Success

Podcasting for Marketers: Essential Best Practices for 2021 (and Beyond!)

58% of Social Media Users Don’t Ever Plan on Buying…

Neu.ro brings MLOps and AI expertise to the Content…

TeamViewer Appoints Lisa Agona As CMO And Management Board…