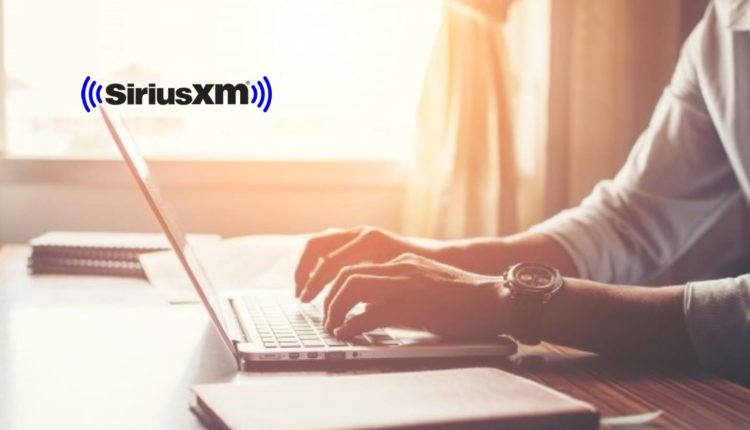 Platinum VIP subscribers have access to a selection of more than 5,000 official live concert video and audio recordings on demand exclusively via nugs.net

SiriusXM announced its newest and most comprehensive subscription tier – the Platinum VIP package.  Platinum VIP provides subscribers with the full spectrum of SiriusXM content in up to two cars, with a SXM App login for each, as well as special perks, including opportunities to experience SiriusXM events with artists, athletes and stars, including VIP-only exclusives, and VIP Customer Service with priority call handling.

The Platinum VIP package also includes access to an extensive library of live concert video and audio recordings through nugs.net, the leading music platform for live concert streams, offering music fans VIP access to their favorite concerts anytime, anywhere.  SiriusXM Platinum VIP subscribers will be able to log in to nugs.net using their SXM App credentials to instantly access more than 5,000 official, soundboard-quality live concert recordings and 250 full video-on-demand concerts handpicked from nugs.net’s extensive streaming catalog, with new shows added every few months.  Listeners can discover exclusive recordings and create custom playlists featuring artists with 24/7 SiriusXM channels including Bruce Springsteen, Phish, Pearl Jam and Dave Matthews, as well as hundreds of other fan favorites like Metallica, Wilco and many, many more – available via the nugs.net mobile app on iOS or Android devices or on a Mac or PC using a browser at nugs.net here.

Platinum VIP subscribers get all of the content SiriusXM offers in both vehicles and on the SXM App – more than 300 channels.  These include Howard Stern’s two exclusive channels, live games and events from every major professional sport as well as hundreds of college games, an unparalleled selection of ad-free music channels covering every genre, plus entertainment, news, comedy and more.  Platinum VIP is priced at $34.99/month.

“Platinum VIP is a terrific addition to our subscription choices and provides real value for those subscribers who love SiriusXM, want it in multiple vehicles, and want all of the premium programming that we offer,” said Richard Beatty, SiriusXM’s Chief Subscription Revenue Officer.  “Not only are they getting the value of two subscriptions, they get added perks like special access to great SiriusXM events, concerts, in-studio shows and more.  With the bundled-in access to thousands of great live performances via nugs.net, music lovers are getting a premium experience, and Platinum VIP will continue to evolve as SiriusXM’s premium offering with more perks and content being added in the coming months.”

Coinciding with the launch of Platinum VIP, several other SiriusXM subscription plans have been recently renamed, making it easier for subscribers to understand their choices.

The renamed SiriusXM in-vehicle satellite radio subscriptions, which all include access to the SXM App, are:

The renamed SiriusXM digital (no car required) subscriptions are:

The programming lineups in these subscription tiers remain unchanged.  More info on what they offer can be found at SiriusXM.com/Subscriptions.

With the rebrand of its subscription plans, SiriusXM is also improving the SXM App experience for potential new subscribers with new preview and in-app purchasing functionality, which is rolling out this month.  A new user can open up the SXM App and “Try It Out” with a three-hour preview that will enable them to experience the spectrum of SiriusXM content.  This includes one-of-a-kind programming like Howard Stern’s channels, Drake’s Sound 42, Dave Matthews’ Friday Night Concert Series, the popular Highway Music Row Happy Hour with Buzz Brainard, Kevin Hart’s comedy channel, a favorite team’s hometown play-by-play broadcast and much more.  Listeners get access to this preview instantly, with no credit card required.

New subscribers will then be able to choose to sign up for SiriusXM’s Streaming Platinum or Streaming Music & Entertainment packages, and get their first month free, without leaving the App experience.

“We’re very excited to launch our new preview and in-app purchasing functionality in the SXM App,” said Beatty.  “Our ‘Listen Free’ events have always been a great introduction to our service for new listeners who want to try us out.  Now you can try us out anytime and get access to so much great content with our new SXM App preview.  And signing up for one of our streaming subscriptions is now easier than ever with in-app purchasing.”

Marketing Technology News: Medallia To Be Acquired By Thoma Bravo For $6.4 Billion