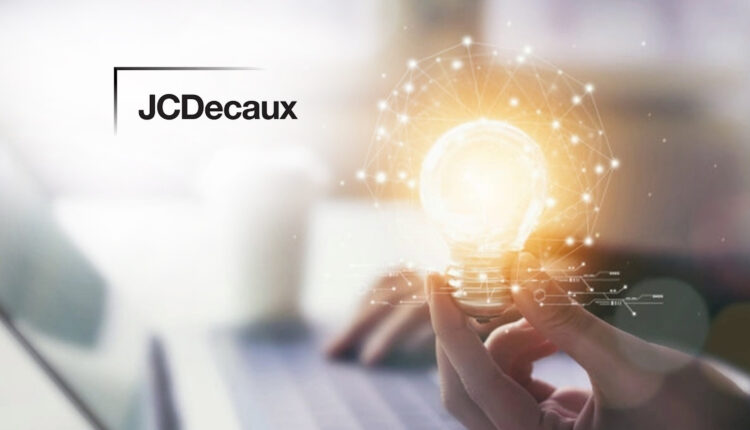 JCDecaux SA , the number one outdoor advertising company worldwide, announces that it has been awarded a 10-year contract with ViaQuatro, which is responsible for the operation and maintenance concession of Line 4-Yellow of the São Paulo metro, to take over the advertising concession of this Line. The commercial offering will start on October 1st, 2022. JCDecaux already operates advertising on the Green-L1, Red-L2 and Blue-L3 lines, reaching more than 4.5 million people daily. With the addition of the Yellow Line-L4, which spans 12 km and includes 11 stations, JCDecaux will become the leading metro advertising company in Brazil – reaching 5.2 million passengers daily.

The contract covers more than 120 wall wraps and 385 digital screens in platforms and corridors, as well as 747 internal TVs inside metro train carriages. Including the three metro lines that JCDecaux already operates, the Group will manage a total of 686 panels and 584 digital screens in the São Paulo metro. JCDecaux recently introduced programmatic trading across its Brazilian digital inventory and will soon roll out programmatic media sales across Yellow Line’s digital assets, enabling advertisers to create high-impact, data-driven DOOH campaigns. This wide range of media opportunities will enable advertisers to deepen their connections with passengers who travel across South America’s largest metropolis each day.

The partnership aims to deliver the highest international standards in OOH advertising, with a focus on product innovation, quality of operations and the optimisation of our sustainability approach.

ViaQuatro is responsible for the operation and maintenance concession of Line 4-Yellow of the São Paulo metro. In Latin America, Line 4-Yellow has pioneered the use of a driverless system which operates automatically without the need for a driver inside the train. This system enables constant speed supervision and delivers enhanced safety and operational flexibility.

Márcio Hannas, President of CCR Mobilidade, owner of ViaQuatro, said: “Line 4-Yellow is already recognised as a showcase for innovation and modernity in public transport in São Paulo. This long-term partnership that we have signed with JCDecaux will provide passengers with a new experience of digital access to news and information, bringing entertainment and engagement to travel on our trains and in our stations.”

Jean-Charles Decaux, Chairman of the Executive Board and Co-Chief Executive Officer of JCDecaux, said: “We are delighted to have been awarded this long-term contract with ViaQuatro, expanding our presence in the São Paulo metro thanks to our state-of-the-art digital assets. Brazil, which is ranked among the world’s top ten largest advertising markets and N°1 in Latin America, is leading the way in terms of digital communication. It is one of the markets where JCDecaux’s assets are the most digitized, already representing more than half of our revenue in the country. This strategic achievement allows us to become the leading metro advertising company in Brazil. As the number one outdoor advertising company worldwide, our vision is to deliver innovative media assets that enhance communication, benefiting cities, partners, people, advertisers and their brands.”

78% of Business Professionals Are Ready for the Metaverse

Sequel Announces $8 Million Series A Funding to Power the…

Guide to Navigating the Future of Healthcare With…