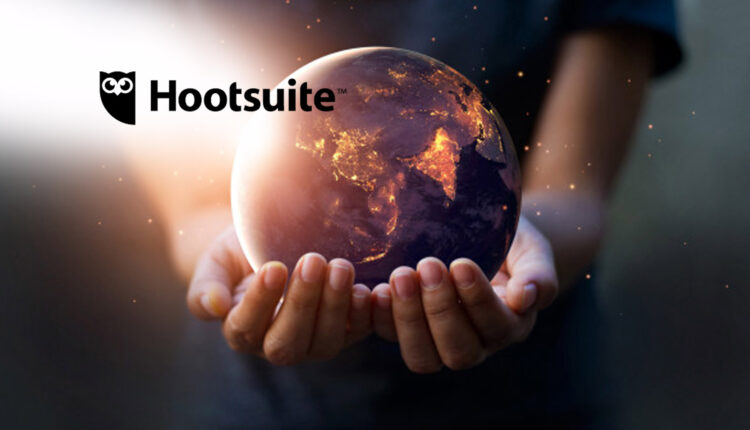 Hootsuite, the global leader in social media management, has joined forces with the World Wide Fund for Nature (WWF), NGOs, sports teams, and some of the world’s top brands in removing animal and nature references from its branding for World Wildlife Day today, to highlight the catastrophic loss of biodiversity globally and the social and economic risks it poses.

For the first time since its founding in 2008, Hootsuite will remove the ‘Owly’ mascot from its logo for the day on its social media channels, while more than 40 brands from around the world will also remove symbols of nature from their logos to highlight the emptiness of a world without nature.

“The preservation of the Earth and the biodiversity that encompasses it is the most critical and important initiative of our time. As we live on this Earth, we must understand the impact we have on our ecosystem and deliver on our responsibility to protect our planet,” said Henk Campher, Vice President of Corporate Marketing and Head of Social Impact, Hootsuite. “We are honoured at Hootsuite to have ‘Owly’ as our symbol. Owls represent wisdom and strength and are incredibly important to the earth’s larger ecosystem. We’re proud to join global brands and help bring light to such an incredible campaign. We hope that people and brands alike realize that a #WorldWithoutNature isn’t a world at all.”

According to WWF’s Living Planet Report 2020, global populations of mammals, birds, amphibians, reptiles, and fish have declined by an average of 68% in recent decades. The report also shows that if the world continues on with “business as usual”, rates of biodiversity loss seen since 1970 will steadily continue between now and 2050. These losses will likely result in a planet that will not be able to support current and future generations of people.

The campaign was originally established by One Minute Briefs on World Wildlife Day last year. The idea was highly praised on social media and has now been brought to life with support from WWF and partners including the International Union for Conservation of Nature, the RSPB, the Nature Conservancy, and Conservation International.

The #WorldWithoutNature campaign is a coordinated effort from the Voice for the Planet coalition, which includes the WWF, World Economic Forum, UNICEF, Conservation International, Earth Hour, and The Nature Conservancy. Voice for the Planet was launched at the World Economic Forum in Davos in 2019 on behalf of a coalition of over 25 NGOs. The aim was to showcase the growing movement of people around the world calling for urgent global action to address the current crisis for nature.

Brands are invited to participate on the day by photoshopping the “nature” out of their logo, updating their social media profiles, and posting about their support for the campaign using the #WorldWithoutNature hashtag. The campaign also includes a branded hashtag on Twitter for #WorldWithoutNature.